CNN was not happy with President Trump during his coronavirus task force briefing on Monday and it showed through their chyrons, analysis, and cutaways from the White House.

Their snarks and snipes began after Trump played a video that showed members of the media downplaying the Wuhan coronavirus early on in the pandemic. It then contrasted what they were saying to what Trump’s administration was doing to take steps to try to prevent the virus from reaching the United States during that same time. 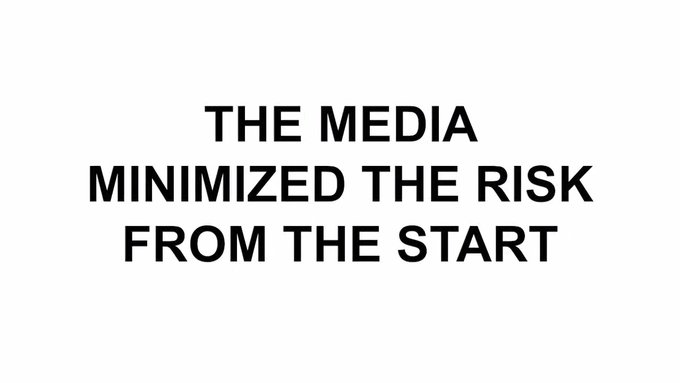 When CNN cutaway from the briefing, anchor John King said the video Trump showed in the White House press room was “propaganda” and had been “cherry-picked.

When CNN eventually went back to air the press conference, the chyron at the bottom of the screen began to read, “Angry Trump turns briefing into propaganda session,” “Trump refuses to acknowledge any mistakes,” “Trumps uses task force briefing to try and rewrite history on coronavirus response,” and “Trump melts down in angry response to reports he ignored virus warnings.”

Four banners on @CNN over the last five minutes … 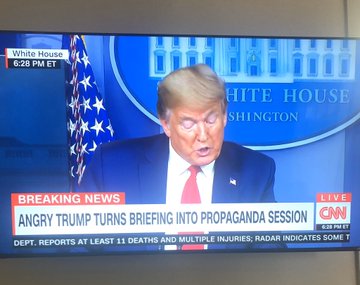 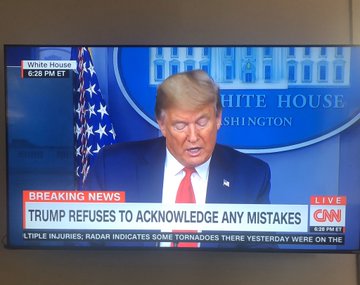 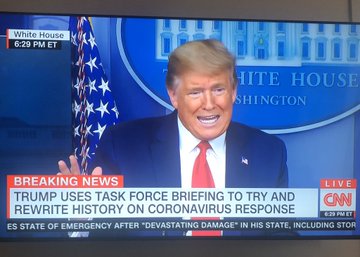 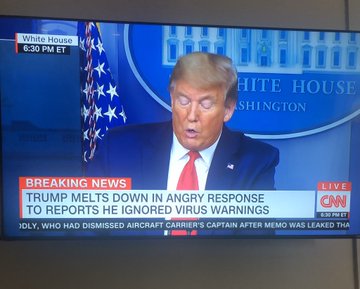 As the press conference continued, so did the snarky chyrons, such as, “Angry Trump uses propaganda video, produced by government employees at taxpayers’ expense.”

When the network cut away again to speak to CNN chief White House correspondent Jim Acosta and Chief Media Correspondent Brian Stelter, they both criticized the President for his actions during the briefing.

“I have to tell you that is the biggest meltdown I have ever seen from a President of the United States in my career. I don’t think a reasonable person could watch what we just saw over the last hour and conclude that the president is in control,” Acosta said.

“He started this briefing with an anti-media propaganda video which is nothing short of disgraceful but shows us where he’s coming from. He’s focused on the past. He wasn’t talking as much about the present or future. Finally, later in the briefing he eventually got around to talking about the government’s response to the virus and what’s happening now,” Stelter said. “But he was so focused on the past, Erin, I found myself thinking of people in hospital wards who they don’t want to talk about the past. They want to talk about right now. They need help right now. But the president is not showing empathy for those people.”

CNN’s Jim Acosta: I have to tell you that is the biggest meltdown I have ever seen from a president of the United States in my career. I don’t think a reasonable person could watch what we just saw over the last hour and conclude that the president is in control. 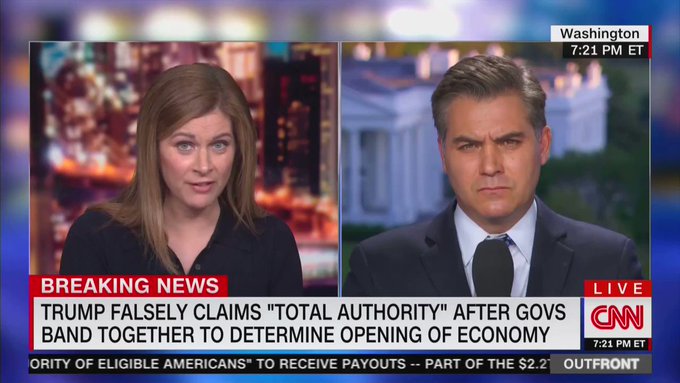 CNN’s Brian Stelter called the video Trump showed, where it highlighted how the media downplayed the coronavirus and the steps he took early on in the pandemic, as “anti-media propaganda” that is “nothing short of disgraceful.” 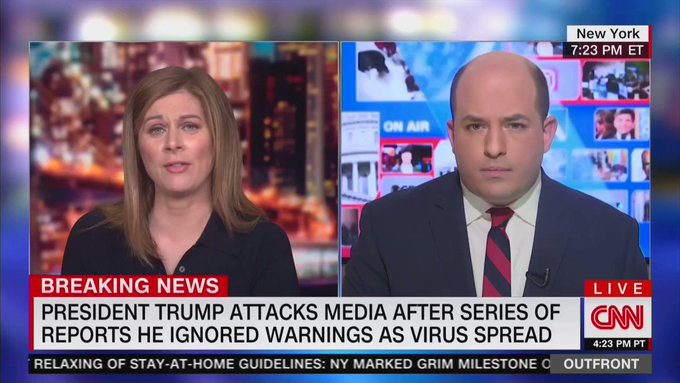 During the press conference, the Trump reelection campaign released a full timeline of actions the Trump administration took to get ahead of the emerging virus.