“Two days later he implemented a restrictive travel ban from China which he was widely criticized for,” Crenshaw responded. “And you know, that same day, on January 31st, Nancy Pelosi proposed the ‘No Ban Act’ which would be congressional limitation on what President Trump is actually able to do with that travel restriction.” When Maher accused the president of lying about the travel ban by not stopping all travelers returning from China, Crenshaw pointed out that it was American citizens and other passport holders that were being repatriated to the United States.

“If you’re saying you wish that travel restriction had been more extreme, okay, fine,” Crenshaw said. “You apparently had the foresight back then when apparently no one else did, but the fact is that if Joe Biden was in charge at that moment, he’s already said he wouldn’t have done it. … Nancy Pelosi actually proposed legislation to stop it.”  Maher then moved on to discuss February 11th, when the president was hopeful the warmer weather traditionally experienced in April would slow the spread of the virus and other sentiments the president expressed that Maher considered too hopeful during a time of crisis.

“Your criticism appears to be based in one thing: that Trump was overly optimistic,” Crenshaw noted. The Texas representative then pointed out that the month of February, far from being a “lost month,” was a fact-finding month where the president and public health experts learned more about the transmissibility of the disease and the severity of symptoms among vulnerable populations.

“By March 3rd, there were only 102 cases in the United States, and yet I’m hearing criticism that we should have been locked down weeks earlier,” Crenshaw noted. “Do you think the American people would have accepted that with only 100 cases in the United States? Italy didn’t lock down till March 10th. Spain, not until March 14th. U.K., not until later in March. Places like Sweden never locked down. So I just provide all of that context as we basically try to accuse this man … of having blood on his hands.”

Maher then questioned why someone with Crenshaw’s military background would want an overly-optimistic leader like President Trump during a time of crisis.

“Exuding positivity and calmness in crisis is exactly how we ask our SEALs to lead,” Crenshaw explained.

“When bullets are flying past my head, I don’t need to raise my voice,” Crenshaw continued. “Calm breeds calm. Panic breeds panic.”

.@billmaher tries to blame Trump for China Virus — @DanCrenshawTX drops a Truth MOAB on him. 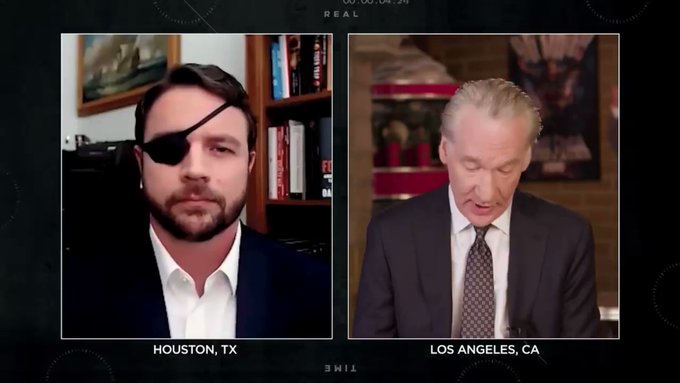