Former Attorney Eric Holder appeared on MSNBC’s “The Beat With Ari Melber” on Monday to talk about the Democrats looking to oust President Donald Trump in 2020. One of the topics that arose was Senate Majority Leader Mitch McConnell (R-KY), someone Holder says has been “unpatriotic.”

National Rifle Association Spokeswoman Dana Loesch reminded Holder of one important tidbit: McConnell wasn’t responsible for Operation Fast and Furious, the Department of Alcohol, Tobacco, Firearms and Explosives’ (ATF) gun-running operation that allowed firearms to flow over the Mexican border. We know the firearms ended up in the hands of the Mexican drug cartels and eventually lead to the death of Border Patrol agent Brian Terry. The ATF claimed that the purpose of the “gunwalking” was to catch the heads of various Mexican drug cartels. In fact, quite a few Federal Firearms Licensees (FFLs) were told to completely transactions even when the FFL was convinced the buyer was completing a straw-purchase, where a person without a criminal history purchases the gun and hands it over to a prohibited possessor.

What’s despicable is the ATF lost track of thousands of firearms, all in the hopes of catching the “big fish” they were after.

Not really. Additionally, Mitch McConnell never sold guns to El Chapo and tried to pin it on law-abiding Americans while obstructing an investigationhttps://www.cbsnews.com/news/documents-atf-used-fast-and-furious-to-make-the-case-for-gun-regulations/ …https://www.washingtontimes.com/news/2017/jun/7/eric-holder-slammed-fast-and-furious-obstruction/ …

Mitch McConnell “has done a whole bunch of unpatriotic things, has really been a force for polarization in this nation”

“History will not be kind to him” – @EricHolder 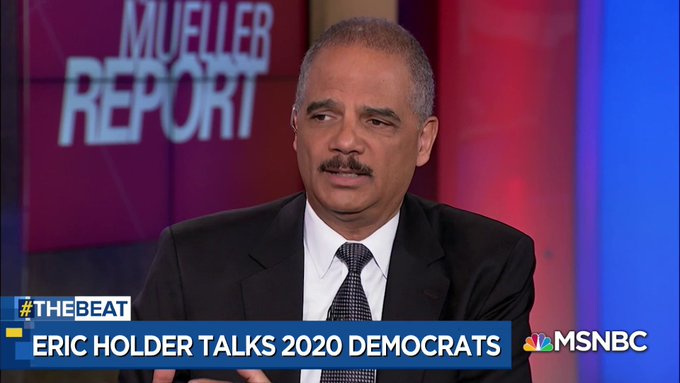 Holder and his team at the Department of Justice used Fast and Furious to push for stronger gun control legislation known as “Demand Letter 3,” which would require FFLs to report multiple long gun sales to the ATF.

The Obama administration’s desire for stricter gun control laws resulted in arming the drug cartels, various murders and crimes, including the death of agent Terry and yet Holder has the audacity to say someone like Mitch McConnell is unpatriotic?

Are you kidding me?

Nothing is more unpatriotic than trying to strip Americans of a God-given right that is protected in the Constitution.

Nothing is more unpatriotic than willingly arming the very people who are killing innocent Americans.

Nothing is more unpatriotic than looking at Brian Terry’s family and having absolutely zero remorse.

Nothing is more unpatriotic than standing before Congress and lying about what took place and what you “didn’t know” just to protect your behind.

Absolutely nothing Mitch McConnell has ever done can rise to the level of unpatriotic, unAmerican, truly disgusting actions taken by Eric Holder.