Did Pelosi ‘Zone Out’ During Trump’s State of the Union Address Where He Spoke About the Wuhan Coronavirus?

House Speaker Nancy Pelosi has been playing politics with this Wuhan coronavirus outbreak since mid-March. She took the week off, then flew back to torpedo an economic relief package that was a bipartisan effort in order to put forward her own nonsense bill that did little to nothing to help American businesses or workers. The U.S. economy has ground to a halt with this outbreak and scores of Americans face job security issues. It’s a scary time—and $600 million to the IRS, $35 million to the Kennedy Center, and expanding voting rights won’t help anyone. These items were part of her bill. Finally, the Senate unanimously passed a $2 trillion bailout that was not all that different from what was going to be passed in the first place. The days of dithering took its toll on the market, which was probably their intention. Now, Pelosi and others have accused the president of responding slowly to this pandemic. It’s not like she didn’t know it was happening. Trump mentioned it during the State of the Union, but she probably zoned out at that portion (via White House):

Protecting Americans’ health also means fighting infectious diseases.  We are coordinating with the Chinese government and working closely together on the coronavirus outbreak in China.  My administration will take all necessary steps to safeguard our citizens from this threat.

FLASHBACK: Nancy Pelosi zones out during the State of the Union while President @realDonaldTrump addresses the coronavirus. 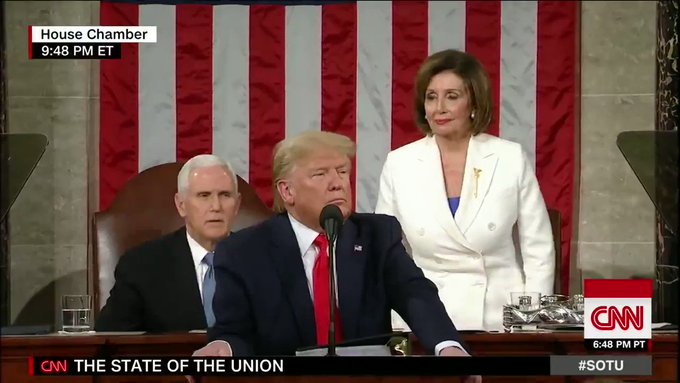 FLASHBACK: This is what House Democrats were doing the day coronavirus came to America. https://twitter.com/SteveGuest/status/1217574702408925185 …

This is the face of someone who is serious, sad, and somber?

Give me a break, Nancy Pelosi. 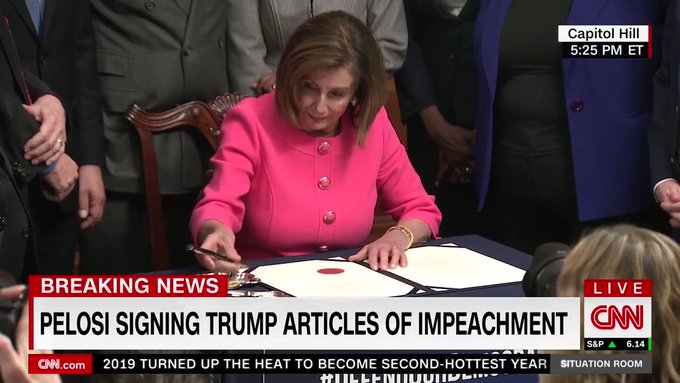 I could see why she would. First, she hates Trump. Second, she was about to lose to the White House concerning her shoddy impeachment push against the president. Democrats forgot that you need evidence to convict. And they forgot that there was a Republican Senate that probably wasn’t going to believe most of what reported leaker and liar Rep. Adam Schiff (D-CA) had against Trump. It’s was a clown show—and she probably knew it. She’s not that stupid, but maybe she should’ve paid attention. The rest of the country did and liked what they heard—and they like the response this administration has coordinated to fight this Wuhan virus outbreak.