We may no longer have professional sports, but at least we get to watch President Trump dunk on reporters who mistake the question-and-answer period for debate time.

Jiang reworded Democratic talking points into questions, asking why Trump waited so long to warn the American people about the Wuhan coronavirus. As Trump corrected the record, referencing his Chinese travel ban early on, the reporter kept interrupting the president.

“Nice and easy. Just relax,” Trump suggested, as Jiang talked over the president.

The reporter wanted a debate, but she was ill-prepared for one, unable to answer the president’s question about how many coronavirus cases were reported in the United States when Trump issued the travel ban.

Trump even had to tell the reporter to “keep her voice down” long enough so the president could answer. 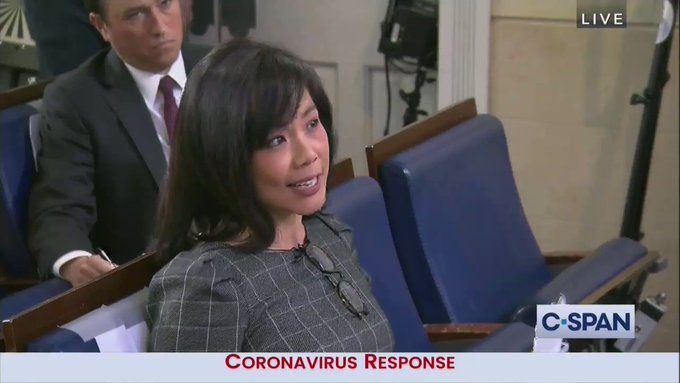 CNN’s Diamond similarly argued with the president, insinuating that Trump was duped by Chinese President Xi Jinping for having once said nice things about the leader. Again, as Trump attempted to clear the record, the CNN reporter kept interrupting.

“Listen CNN … You people are so pathetic at CNN. … Listen … That’s why your ratings are so bad because you’re pathetic. … Your ratings are terrible. You have to get back to real news,” were some of Trump’s greatest hits.

“You people are so pathetic at CNN” 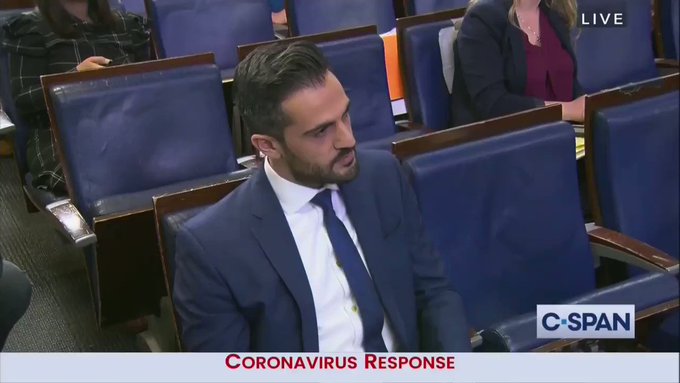 Trump responded by saying he was simply standing up for the tens of thousands of men and women who have been building hospitals, the military doctors and nurses, and other members of the federal government who deserve to be praised for their heroic actions during the coronavirus pandemic. Once again, Diamond interrupted the president.

“[T]hose people have been just absolutely excoriated by some of the fake news like you,” Trump told Diamond. “You’re CNN. You’re fake news. … because you don’t have the brains you were born with. You should be praising the people that have done a good job, not doing what you do. … Look, you’re never going to treat me fairly, many of you, and I understand that.”

.@JDiamond1: Is now the right time to play clips of Cuomo praising you?

TRUMP: “Cuomo was saying what a nice job the federal government is doing..”@JDiamond1: “…while 40,000 people have died?”

“You don’t have the brains you were born with.” 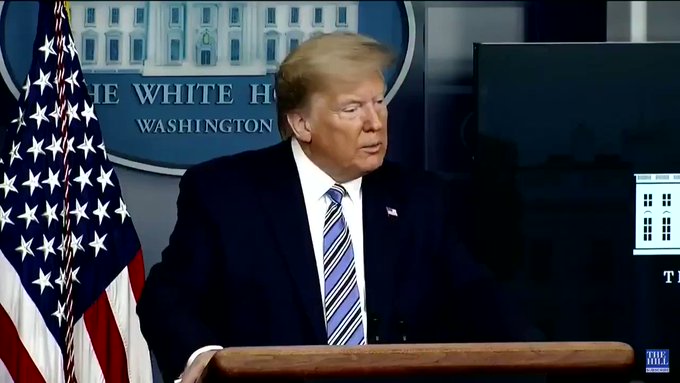 Why run for president when you can become a reporter and debate the sitting commander-in-chief at the daily White House Coronaviru Task Force press briefings?