Game Over, Democrats: McConnell was the Grim Reaper to Pelosi’s Wuhan Pork Bill

It’s over. The game is over. And President Trump, the Republican Party, the country, and Senate Majority Leader Mitch McConnell has won. Democrats have caved over their antics that blocked a Wuhan Coronavirus relief package aimed at helping American businesses and workers. The $2 trillion package was primed and ready to go on Sunday, with the Senate working throughout the week to get it done. Then, Speaker Nancy Pelosi flew back into D.C.—because the House took the week off—and announced that they will be putting forward their own package, effectively signaling that political theater over this would erupt. It’s what the Democrats wanted. They can’t let anything be viewed as a win for the Trump White House. It’s an election year. And they wanted to tank the markets even further. Well, they got that on Monday.

What Pelosi blew up a bipartisan deal for:

Gender quotas for scientists and boardrooms

In the middle of a pandemic. What a joke. 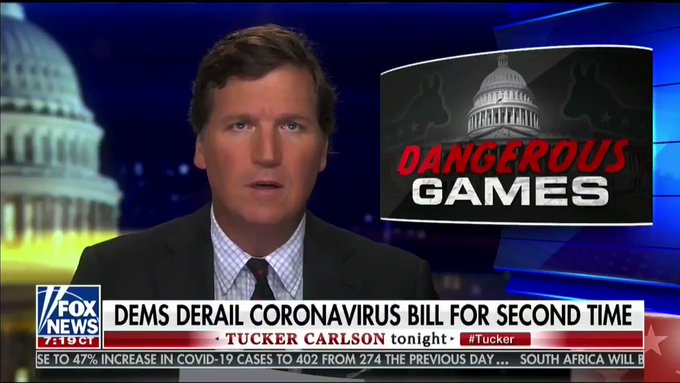 Guy Benson
WaPo on the emerging deal, which sounds…very much like the broad strokes of the bipartisan framework Schumer has been deceitfully calling a “Republican-only” bill & that other Dems have falsely claimed wouldn’t help workers or small businesses: https://twitter.com/pkcapitol/status/1242311641766731776 … 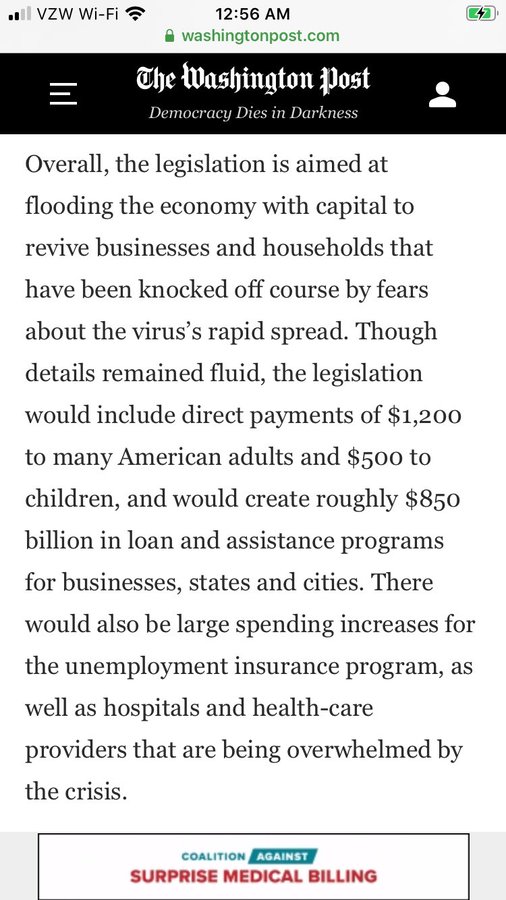 The really bad meeting – early Monday – came before some pretty good meetings.
Mnuchin and Schumer, in another near-midnight negotiation, get very close to a CV/Phase III deal. They exited Capitol saying they “expect” deal.
With @ericawerner on lead. https://www.washingtonpost.com/us-policy/2020/03/23/trump-coronavirus-senate-economic-stimulus/ …

This is absolutely nonsensical.

It makes sense to pause payments on student loans interest free for as long as the COVID-19 crisis goes, but this money is not aimed to help the impact of coronavirus but to tuck in a goal of progressives during a crisis to score a political win. https://twitter.com/sahilkapur/status/1242282874453331968 …

This is big: House Democrats’ bill provides “minimum relief” of $10,000 for private student loan debt. The government makes the payments through the COVID-19 crisis plus six months then cuts your amount owed. 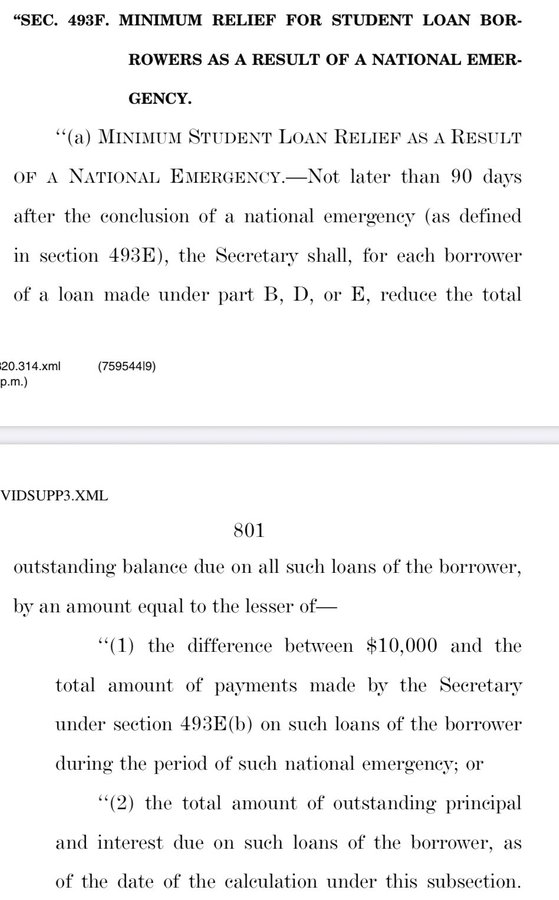 There is no “slush fund.” The Dem House bill had the same oversight. There are numerous provisions governing who gets the loans. But they’ve gotten this talking point going now so it will be endlessly repeated. https://twitter.com/garylo200/status/1242249351088480262 …

Amazing how you conveniently forget the $500 billion slush fund in the republican bill, for giveaways to corporations, CEOs, as well as trump hotels and resorts

When Senate Dems inevitably end this idiotic madness, I’ll be eager to see how much of the “Republican-only” bill Schumer’s been lying about will remain intact. Spoiler: Almost all of it, because it was already bipartisan. https://twitter.com/mikedebonis/status/1242279851010260995 …

WHERE WE’RE AT, 10:30 p.m.
-growing sense a handshake deal is in reach tonight
-Mnuchin just left 2nd mtg with Schumer since 8 p.m.
-Mnu went back to his Capitol workspace with Schu aide in tow to do “some last minute language comparison”

Sunday: Schumer leads filibuster against “Republican only” bill…that his members had been helping craft for days, winning multiple major concessions.

Hey @GOP this would make QUITE the compelling digital ad. Just sayin.

It was shoddy from the get-go. Like their shutdown over illegal aliens in the early days of the Trump presidency, the Democrats didn’t have much to stand on here: they were flipping off American workers. Oh, and they co-wrote the Senate bill. Yeah, that was one thing that was explicitly clear, which made this move even more nakedly political. And the Pelosi pork proposal was fraught with nonsense, like $35 million for the Kennedy Center, $600 million for the IRS, diversity on corporate boards, and voting rights provisions—all of which does nothing to help American workers during this economic shutdown over the Wuhan virus. Well, they call McConnell the grim reaper for nothing. We have a deal, and it’s pretty much what was going to be voted on from the start of this mini fiasco (via Fox News): 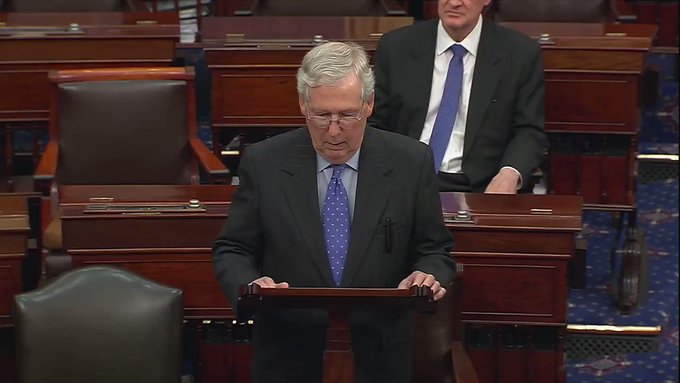 At last, we have a deal.

After days of intense discussions, the Senate has reached a bipartisan agreement on a historic relief package for this pandemic.
We’re going to pass this legislation later today.

The White House and Senate leaders reached a breakthrough deal shortly after midnight Wednesday on a massive and historic $2 trillion coronavirus relief package for workers and businesses, Fox News has confirmed, capping off days of heated negotiations that had nearly been derailed by last-minute demands from House Democrats.

“Ladies and gentleman, we are done,” White House legislative affairs director Eric Ueland announced as he left the office of Senate Majority Leader Mitch McConnell, R-Ky., near midnight. “We have a deal.”

Senate Minority Leader Chuck Schumer, D-N.Y., said the bill amounts to “unemployment compensation on steroids,” and that every American laid off will have their missed salary remunerated. The bombshell provision will enable companies to stay afloat and immediately bring back those employees when things are safe, Schumer said.

McConnell said the Senate will meet at 12:00 p.m. ET on Wednesday, but did not set a time for a vote. By rule, the procedural vote to begin debate on the coronavirus package would happen at 1 p.m. ET, unless the Senate scraps that vote.

“Democrats are finally taking ‘yes’ for an answer,” McConnell said in his remarks on the floor. “Help is on the way.”