UPDATE: The Pentagon has released a statement explaining that today’s strike was launched in order to “deter future Iranian attack plans.” And it sounds like there were quite a few.

from the Pentagon: At the direction of the President, the U.S. military has taken decisive defensive action to protect U.S. personnel abroad by killing Qasem Soleimani…General Soleimani was actively developing plans to attack American diplomats and service members… 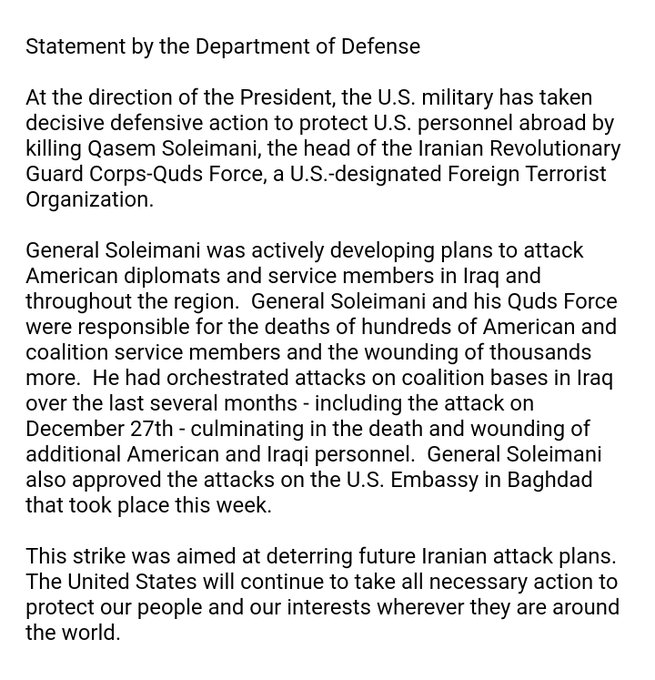 260 people are talking about this

UPDATE: President Trump shared a simple message in response to the military victory.

UPDATE: U.S and Israeli militaries are both on High Alert for possible retaliation.

The leader of Iran’s Quds Forces, Qassem Soleimani, and Hezbollah leader Abu Mahdi al-Mohandes have been killed in a U.S. airstrike on Baghdad’s international airport. These reports come just a few days after members and supporters of the Iran-backed militia Kataib Hezbollah ambushed the U.S embassy in Baghdad.

NEW – I’m seeing reports that one confirmed fatality in the #Baghdad strike (allegedly by a US drone) is senior #Hezbollah leader Mohammed al-Kawthrani, Qassem Soleimani’s frontmen in #Iraq. 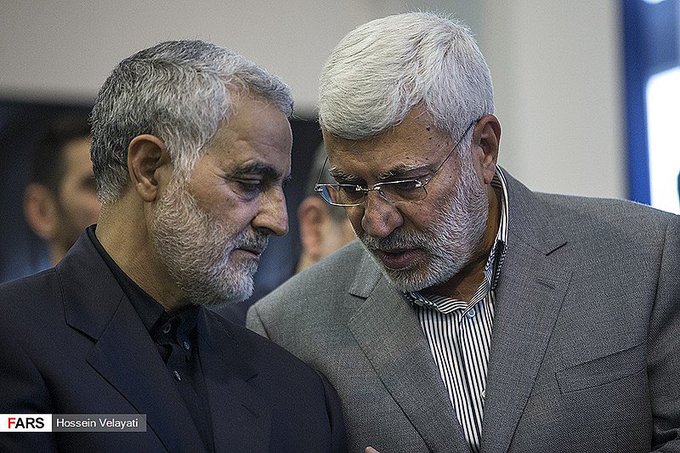 BREAKING: Iraqi news agencies say the following have been killed in a U.S. air strike near Baghdad:

Experts are already noting just how massive this news is.

It is now confirmed: the US has killed Qassem Soleimani.

Make no mistake – this is bigger than taking out Osama Bin Laden.

Last week a violent mob gathered at the U.S. embassy in Baghdad in response to another set of U.S. airstrikes that were ordered as retaliation for an Iranian attack on a military base near Kirkuk. That ambush killed a U.S. contractor and a number of U.S. troops. President Trump’s retaliatory airstrikes killed more than two dozen militia members.
Cortney O’Brien

The mob at the embassy retreated once Trump sent in reinforcements.

Defense Secretary Mark T. Esper predicted on Thursday that Iran would try to strike U.S. personnel again, but he said they’d do so at their own peril.

“In the last two [months] alone we’ve [had] nearly a dozen attacks against U.S. forces, against our coalition partners,” he said. “So do I think they may do something [else?] Yes. And they will likely regret it.”