Iranian Protesters Refuse to Walk on US, Israeli Flags

Despite the Iranian government’s brutal crackdown on protesters in recent months, throngs of Iranians showed up this weekend to march against the regime after the Islamic Revolutionary Guard Corps admitted it shot down the Ukrainian passenger jet, killing all 176 on board. The remarkably brave protesters chanted about how they have been lied to concerning who the true enemy is and students at Beheshti University in Tehran refused to walk on American and Israeli flags.

According to The New York Times, the latest protests even included some “conservatives who ordinarily support the government.”

Despite the heavy security presence, large crowds turned out. In many places, they chanted caustic slogans. Some denounced the country’s supreme leader, Ayatollah Ali Khamenei, which is a capital offense in Iran.

“The supreme leader is a murderer; his regime is obsolete,” demonstrators chanted in Azadi Square in Tehran.

“Our enemy is right here,” others chanted in a video circulating on social media. “They lie to us that it’s America.” (NYT, emphasis mine)

“Our enemy is right here. They’re lying when they say it’s America”
“We don’t want an Islamic Republic” 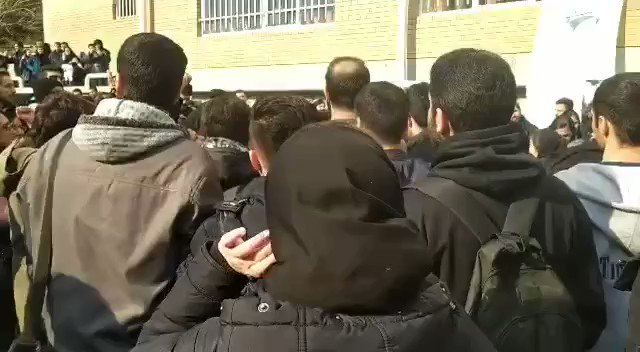 Over at Beheshti University, students walked around large U.S. and Israeli flags on the ground and shamed those who walked over them.

Students at Beheshti University of Tehran Refuse to Walk Over U.S., Israel Flags, Boo People Who Do 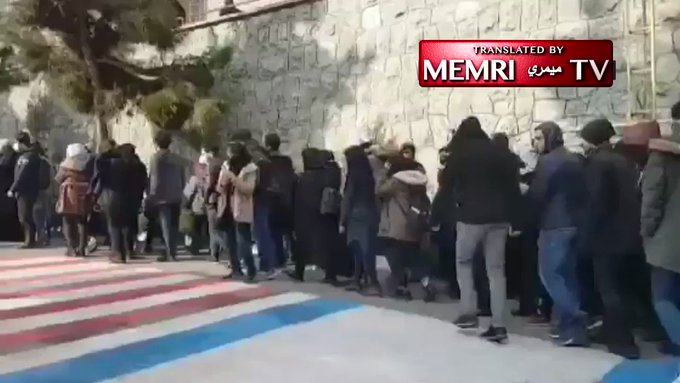 Watch how Iranian students refuse to step on American & the flag of Israel.

This should embarrassed Iranian regime & their propaganda funeral for #Soleimani where people were told to chant “Death To America”.
Now people in Iran chanting “Death to Islamic Republic dictatorship.” 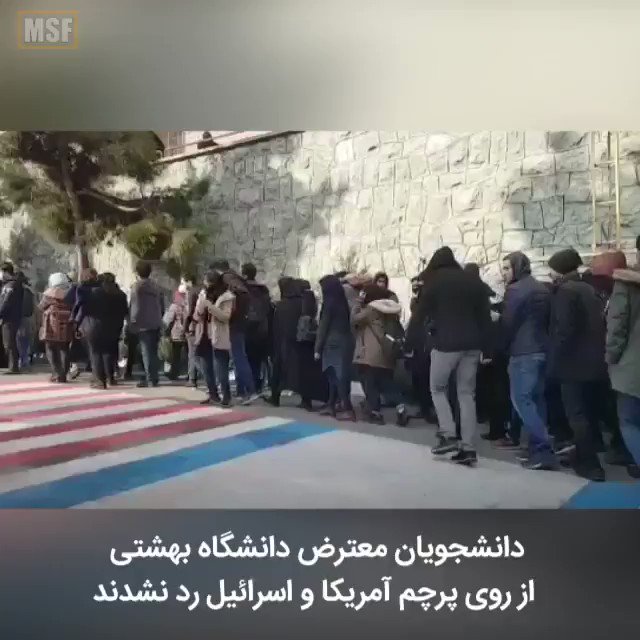 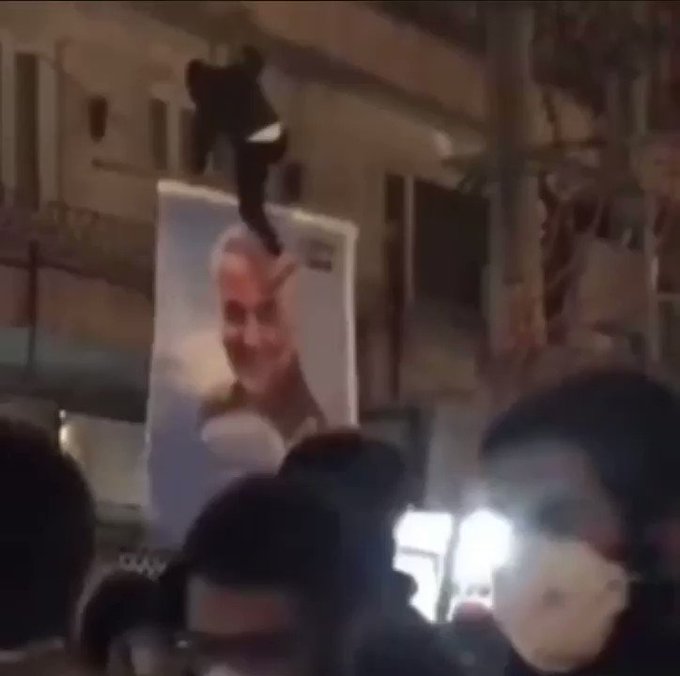 HAPPENING NOW:
“Death to the dictator” – chants at #IranProtests in Azadi Square, Sanandaj

via MEK activists in Iran #FreeIran2020 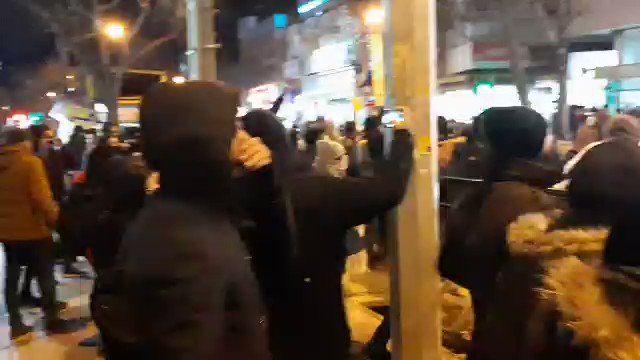 Chants against Khamenei tonight in Yazd which was traditionally thought to be a conservative city:
“Commander-in-chief, resign, resign” 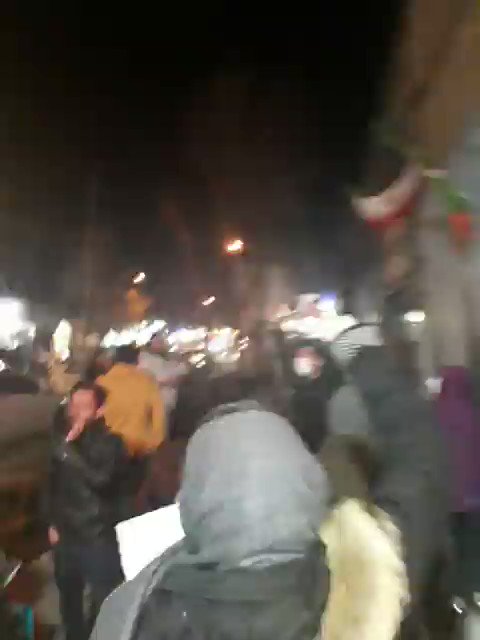 In Tehran tonight protesters set ablaze banner of Qassem Soleimani & Abu Mahdi al-Muhandis, two terrorists killed in a US airstrike.@Maryam_Rajavi: Slogans against Khamenei & IRGC in #IranProtests show the will of Iran’s ppl to overthrow the religious dictatorship. #FreeIran2020 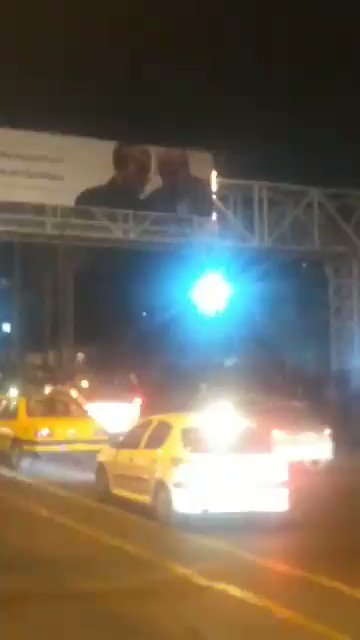 Despite President Trump’s warning not to kill its own people, the security forces responded to the protesters with violence, beating them up and eventually firing live ammunition at crowds. Several were shot in the back.
“We are not citizens,” said Iranian actress Taraneh Alidoosti. “We are hostages, millions of hostages.”