NBA super star Lebron James has declared himself “King James,” ever since entering the league. Yet on Monday night he made it apparent that he actually bows down to the Chinese Communist Party. Just when it finally looked as if the media cycle was moving past the NBA’s kowtowing to China after numerous league players and coaches condemned Houston Rockets executive Daryl Morey for tweeting a picture in support of Hong Kong protesters last week, Lebron decided to enter the fray by saying that Morey was selfish and uneducated for voicing his support for democracy.

Lakers’ LeBron James on NBA’s China controversy: “I don’t want to get into a … feud with Daryl Morey but I believe he wasn’t educated on the situation at hand and he spoke.” 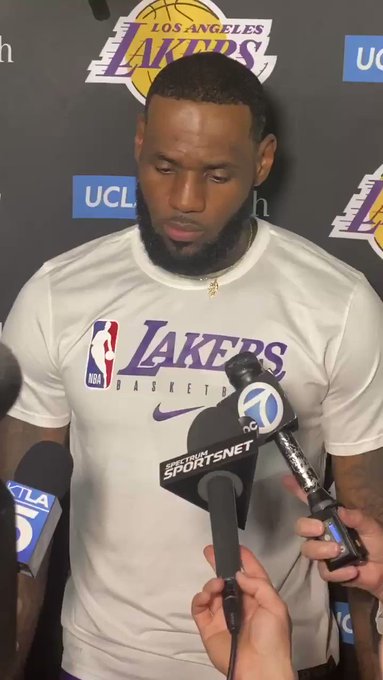 “I don’t want to get into a feud with Daryl Morey, but I believe he wasn’t educated on the situation at hand and he spoke. So many people could have been harmed, not only financially, but physically, emotionally, and spiritually,” he remarked. (emphasis added)

The Daily Caller’s Peter Hasson pointed out that all Morey tweeted was a graphic saying, “Fight For Freedom. Stand With Hong Kong.”

Reminder that this was the extent of Daryl Morey’s tweet 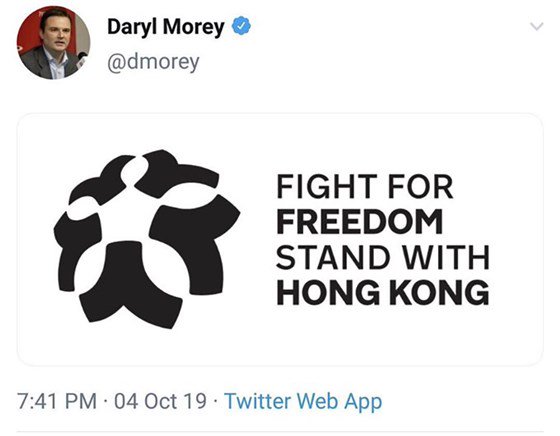 Rightfully so, folks from all across the political spectrum tore into James for his ignorant comments about China’s human rights abuses.

But Lebron decided to double down on Twitter, saying that it has been a tough week for him and his fellow millionaire athletes. For him, he says Morey’s tweet was just poor timing. By poor timing, he means that supporting oppressed Hong Kongers got in the way of earning more money.

Well, it looks Lebron needs to listen to his own advice and educate himself on China. Guy shared the following video for “King James” to understand how his communist pals subjugate helpless individuals in China.