Lewandowski Slapped Around Democrats During Their Trump Impeachment Circus

Former Trump campaign manager Corey Lewandowski took the Democrats to school today. Trump impeachment theater is now a full production. Okay—ever since the Democrat retook the House, impeachment theater has been in production, but now it’s official. Lewandowski was yanked before the House Judiciary Committee via subpoena and gave the Left a run for its money. He slapped down the nonsense hurled at him regarding the Trump-Russia myth. He wasn’t going to play by their rules because he doesn’t need to accept those parameters. This is a witch hunt. It’s political theater. So, have fun—and he did (via Fox News):

Lewandowski visibly frustrated committee Chairman Jerry Nadler, D-N.Y., during the Democrat’s first question – when the witness, in an apparent effort to stall for time, repeatedly asked Nadler to point to the specific section in the Robert Mueller report related to his question. Lewandowski was following White House orders not to discuss confidential conversations with the president beyond what was already public in the former special counsel’s report.

Amid the back-and-forth, the top Republican on the committee, Georgia Rep. Doug Collins, moved to adjourn the hearing, forcing a failed voice vote that caused further delay, before questioning resumed from other lawmakers.

Lewandowski later declined to play along with certain questions. New York Democratic Rep. Hakeem Jeffries asked Lewandowski if he was Trump’s “hitman, the bag man, the lookout, or all of the above?”

Lewandowski, considering a run for the Senate in New Hampshire in 2020, had been subpoenaed to testify about Mueller’s report. In a reminder of the political backdrop, during a recess, the witness tweeted out a link to a website promoting his possible candidacy. And Democrats referenced his ambitions.

“You are not on the campaign trail yet,” Jeffries said. “This is the House Judiciary Committee. Act like you know the difference.”

At another point, Texas Rep. Sheila Jackson Lee told Lewandowski, “You are obviously here to block any reasonable inquiry into the truth or not of this administration.”

Lewandowski fired back that he was unable to give her a response because it wasn’t a question but a “rant.”

During his questioning, Georgia Rep. Hank Johnson said, “Mr. Lewandowski, you are like a fish being cleaned with a spoon — it’s very hard to get an answer out of you.” 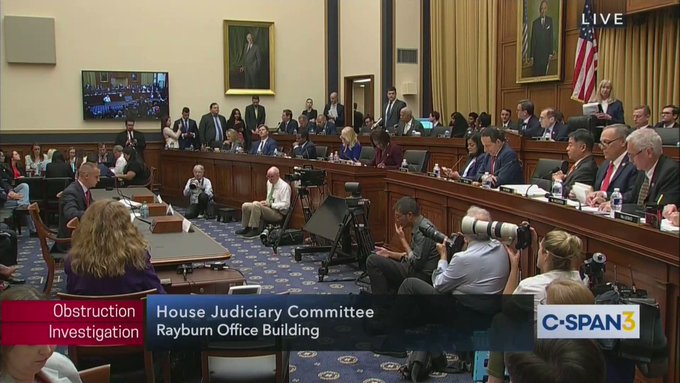 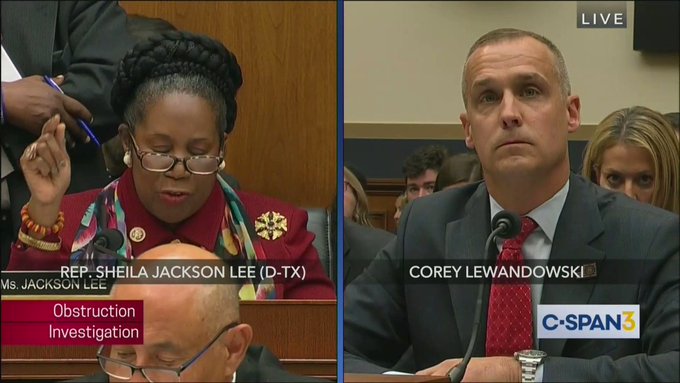 I mean that’s brutal. But this is how we’re going to win. We can’t take their crap anymore. And frankly, they all deserved to be slapped around a little. No more with losing with dignity. No more accepting defeat. Fight back, frustrate, and waste these Democrats’ time because they’ve sure done a pretty solid job doing that with everyone else’s concerning this farce investigation. Even CNN noted that Lewandowski straight-up owned the Democrats today, as Tim noted. This debate is over. There was no Russian collusion. Democrats want to waste more time on this and won’t let it go, so let’s just have some fun while we’re at it