Sister of Slain Federal Officer Asks: Where Is the Outrage Over the Murder of an African-American Cop?

On March 29, Federal Officer David Patrick Underwood was shot and killed while guarding the federal court house Oakland, California.
Friends and family members of Federal Protective Services officer and Pinole resident Dave Underwood, slain Friday during protests and looting in Oakland, opened up with reporters about the loss of their loved one on Tuesday.

Underwood was shot and killed while guarding the Ronald V. Dellums Federal Building in Oakland Friday night when a van pulled up and someone fired gunshots at the guards in front of the building.

Underwood was killed and a second guard was critically injured but was expected to survive.

“We were devastated. The community at large. We lost a hero,” said friend Rodney Brown. The Department of Homeland Security called the killing of 53-year-old Pat Underwood an act of domestic terrorism. On Wednesday morning, Underwood’s sister, Angela Underwood-Jacobs, asked a very pertinent question about his death during testimony on Capitol Hill.

“I do want to know though when I think about all of this is that my brother wore a uniform and he wore that uniform proudly. I’m wondering where is the, where is the outrage for a fallen officer that also happens to be African American?” she said.

Angela Underwood-Jacobs, whose brother was killed in a riot, asks:
“I am wondering, where is the outrage for a fallen officer that also happens to be African-American?” 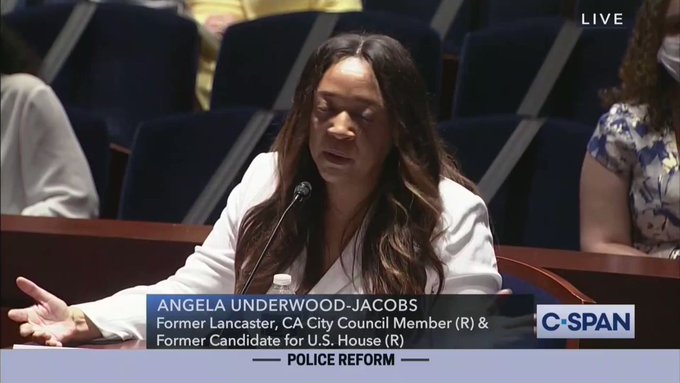 Underwood-Jacobs also classified Democrats’ calls to defund police as unproductive and argued justice for George Floyd can be pursued without doing so.

“As a nation, as a people, we must come together to defeat fear, hate, prejudice and violence. I want to ensure the memory of my brother, Patrick, is a catalyst against injustice, intolerance and violence of any kind. I want to honor my brother, David Patrick Underwood and our family and help our nation think about how to navigate the righteous path to equality, freedom and non-violent systemic change,” she said. “I want to extend my sympathies and condolences to George Floyd’s family. Mr. Floyd’s murder was just not cruel and reprehensible, but criminal,” she said. “The officers involved should be brought to justice and held accountable for their actions as well as their inaction. I wish that same justice for my brother Patrick who served with distinction and honor as a federal officer for the Department of Homeland Security until he was murdered anonymously.”

“The actions of a few are dividing us as a nation,” she continued.

Angela Underwood-Jacobs’ brother was murdered in a riot. She just confronted Congress:

“At a time when we should be coming together and uniting… we will never solve injustice with looting, burning, destruction of property, and killing in the name of justice.” 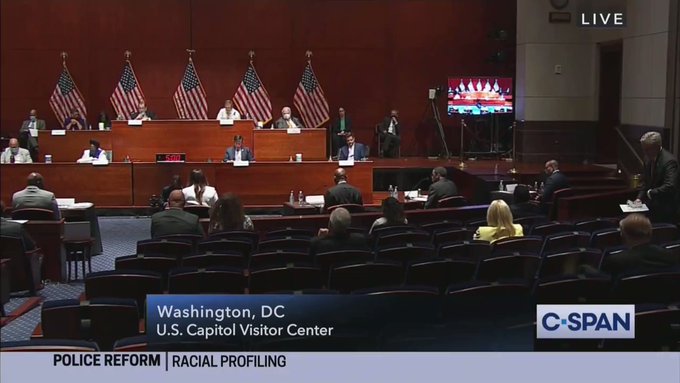