The Supreme Court on Thursday ruled that President Trump is not immune from a subpoena over his financial and tax records to Democratic Manhattan District Attorney Cyrus Vance, Jr. — and declined in a separate case to issue a definitive ruling on whether congressional committees can have access to Trump’s financial records, throwing both issues back to lower courts.

The rulings are on-brand for the court under the leadership of Chief Justice John Roberts, avoiding a fraught political issue in the middle of an election year, and ruling narrowly on major disputes, especially those involving conflicts between the other branches. Vance had subpoenaed Trump’s records as part of a criminal investigation into potential wrongdoing by the president and his organization. Multiple House committees had subpoenaed Trump’s records ostensibly as part of an effort at oversight and to inform potential legislation. Both rulings were 7-2.

“President is neither absolutely immune from state criminal subpoenas seeking his private papers nor entitled to a heightened standard of need,” Roberts wrote in the court’s majority opinion in the New York case. The court limited its ruling and the arguments before it to whether Trump has “absolute immunity” and state prosecutors are required to show a “heightened need” in order to obtain documents as part of investigations into a president.

President Donald Trump speaks during a “Salute to America” event on the South Lawn of the White House, Saturday, July 4, 2020, in Washington. (AP Photo/Patrick Semansky)

The president “may raise further arguments as appropriate,” in lower courts in an effort to keep Vance from obtaining his documents, Roberts wrote. Roberts also authored the opinion in the House cases, which were consolidated. In one, the House Oversight Committee subpoenaed accounting firm Mazars USA for access to a slew of Trump’s financial documents from 2011 to 2018, including personal records and records of various affiliated businesses and entities. These included the president’s long-sought-after tax returns.

In a second case, the House Financial Services and Intelligence Committees subpoenaed records from Deutsche Bank, and the Financial Service Committee also subpoenaed Capital One. While both banks have various financial records related to Trump and his businesses, neither possesses his tax returns. “Without limits on its subpoena powers, Congress could ‘exert an imperious control’ over the Executive Branch and aggrandize itself at the President’s expense, just as the Framers feared,” Roberts wrote. But Roberts and the majority in the House case also left open the possibility that the House, after further proceedings in lower courts, could get ahold of the president’s documents.

In this image from video, presiding officer Supreme Court Chief Justice John Roberts admonishes the impeachment managers and president’s counsel in equal terms as he speaks during the impeachment trial against President Donald Trump in the Senate at the U.S. Capitol in Washington, Wednesday, Jan. 22, 2020. Roberts asked them to “avoid speaking in a manner and using language that is not conducive to civil discourse.” (Senate Television via AP)

“When Congress seeks information ‘needed for intelligent legislative action,’ it ‘unquestionably’ remains ‘the duty of all citizens to cooperate,'” he wrote. But, he said, subpoenas from Congress to the president “implicate special concerns regarding the separation of powers. The courts below did not take adequate account of those concerns.” The rulings, in the near term, represent a partial victory for the president — he will not have to immediately turn over financial documents amid a fraught presidential election. But neither ruling foreclosed the possibility that the president would eventually have to turn over his documents.

“We are pleased that in the decisions issued today, the Supreme Court has temporarily blocked both Congress and New York prosecutors from obtaining the President’s tax records,” Trump attorney Jay Sekulow said. “We will now proceed to raise additional Constitutional and legal issues in the lower courts.”

Vance, meanwhile, also claimed a win. “This is a tremendous victory for our nation’s system of justice and its founding principle that no one – not even a president – is above the law,” he said. “Our investigation, which was delayed for almost a year by this lawsuit, will resume, guided as always by the grand jury’s solemn obligation to follow the law and the facts, wherever they may lead.”

House Democrats also said they were pleased with the ruling in their case.

“The court has reaffirmed the Congress’ authority to conduct oversight on behalf of the American people,” House Speaker Nancy Pelosi, D-Calif., said as she swore that the House would “continue to press our case in the lower courts.”

Trump himself made clear his displeasure with the rulings in several tweets. “The Supreme Court sends case back to Lower Court, arguments to continue. This is all a political prosecution. I won the Mueller Witch Hunt, and others, and now I have to keep fighting in a politically corrupt New York. Not fair to this Presidency or Administration!” he said.

Vance, in the New York case, had argued in a brief that “[t]he subpoenas seek records, dating from 2011 to the present, concerning transactions that are unrelated to any official acts of the President, and that occurred largely before Petitioner assumed office.”

He also noted that among the potential criminal issues the president is under investigation for is alleged “hush money” given to women that he had affairs with, which may have equated to a campaign finance violation in which Trump was complicit. Trump used personal lawyers rather than White House lawyers for both cases. Those lawyers made a sweeping argument in the criminal case about the level of immunity a president enjoys while in office.

“Under Article II, the Supremacy Clause, and the overall structure of our Constitution, the President of the United States cannot be ‘subject to the criminal process’ while he is in office,” it read.

Trump’s lawyers also argued that letting prosecutors — especially local prosecutors — investigate and potentially bring criminal action against the president steps on Congress’ impeachment power; that allowing localities to subpoena the president would essentially give them the power to coerce the chief executive into instituting their favored policies; and that the threat of criminal prosecution attached to grand jury subpoenas could distract the president from his duties. The court nonetheless ruled that Trump is not completely immune from grand jury subpoenas. 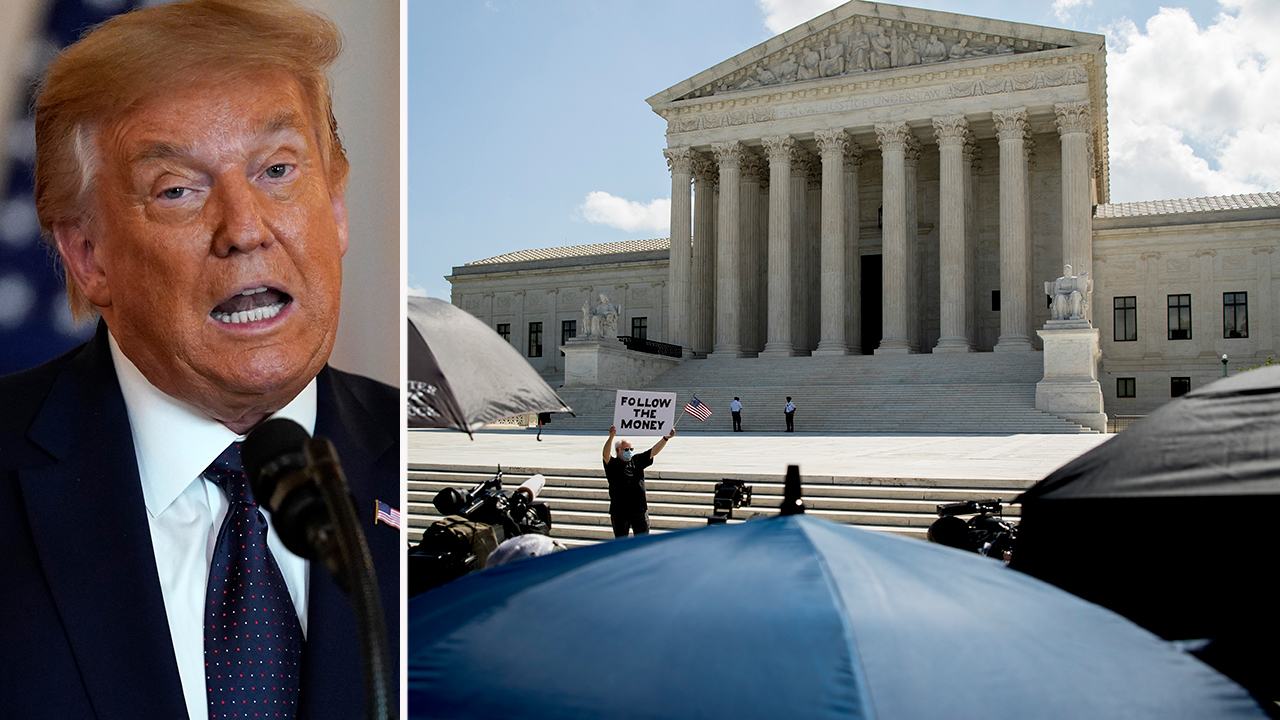 Justice Clarence Thomas authored dissents in both cases. On the House subpoenas, he argued that Congress could only obtain the kind of personal documents it sought from the president in the context of an impeachment inquiry, not its standard oversight and legislative functions.

“I would hold that Congress has no power to issue a legislative subpoena for private, nonofficial documents—whether they belong to the President or not,” he said. “Congress may be able to obtain these documents as part of an investigation of the President, but dissenting to do so, it must proceed under the impeachment power. Accordingly, I would reverse the judgments of the Courts of Appeals.” Justice Samuel Alito also disagreed with the court’s ruling but took a softer approach than Thomas. While stating that he believes “such subpoenas are not categorically barred,” the House did not adequately illustrate their legislative needs for the subpoenas, he said.

“[L]egislative subpoenas for a President’s personal documents are inherently suspicious,” he said, asserting that such documents “are seldom of any special value in considering potential legislation.” 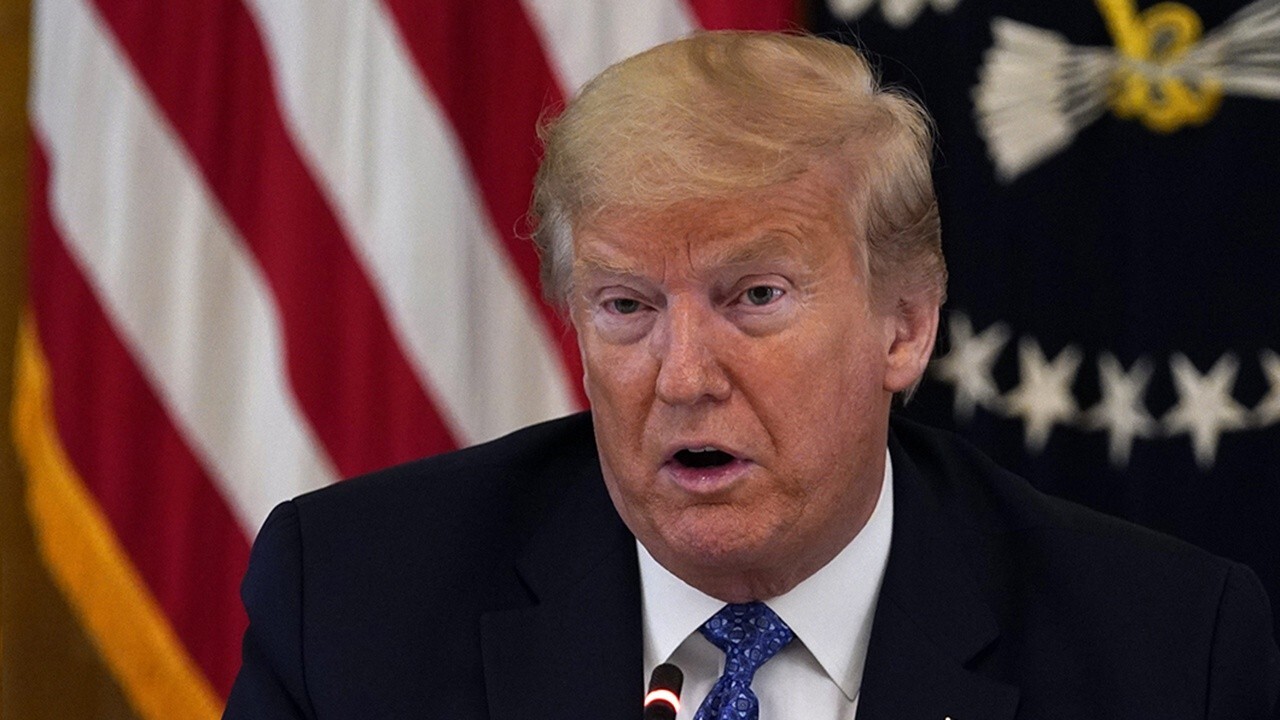 In the New York criminal case, called Trump v. Vance, Thomas agreed with the majority of the court that the president is not absolutely immune from the Vance subpoena, but said that the court should have gone further in hearing the case instead of sending the case to lower courts.

“The President also sought relief from enforcement of the subpoena, however, and he asked this Court to allow further proceedings on that question if we rejected his claim of absolute immunity,” Thomas said. “The Court inexplicably fails to address this request, although its decision leaves the President free to renew his request for an injunction against enforcement.”

Analysis: Fauci’s Messaging on Vaccines Is Counter-Productive and Demoralizing
February 24, 2021

This New Poll Should Terrify the GOP Establishment
February 22, 2021

One Thread Explains How Texas’ Adoption of CA Model for Energy Led to Disaster After Brutal Winter Storm
February 17, 2021

A major winter storm followed by brutal cold will impact the region on Monday & Tuesday
February 12, 2021

Laid Off Keystone Worker: My Daughter Was Supposed to Go to College, Now It’s Unaffordable
February 10, 2021