The Texas Supreme Court on Thursday ordered the release of salon owner Shelley Luther, who was jailed for opening in violation of the state’s rules, as Gov. Greg Abbott issued an executive order retroactively eliminating jail time as a consequence for violating the state’s coronavirus restrictions.

Shortly after Abbott’s announcement, the Supreme Court of Texas ordered Luther’s release. An attorney for Luther, who is with her at the jail, told Fox News they don’t know the timing yet of when she will be freed. 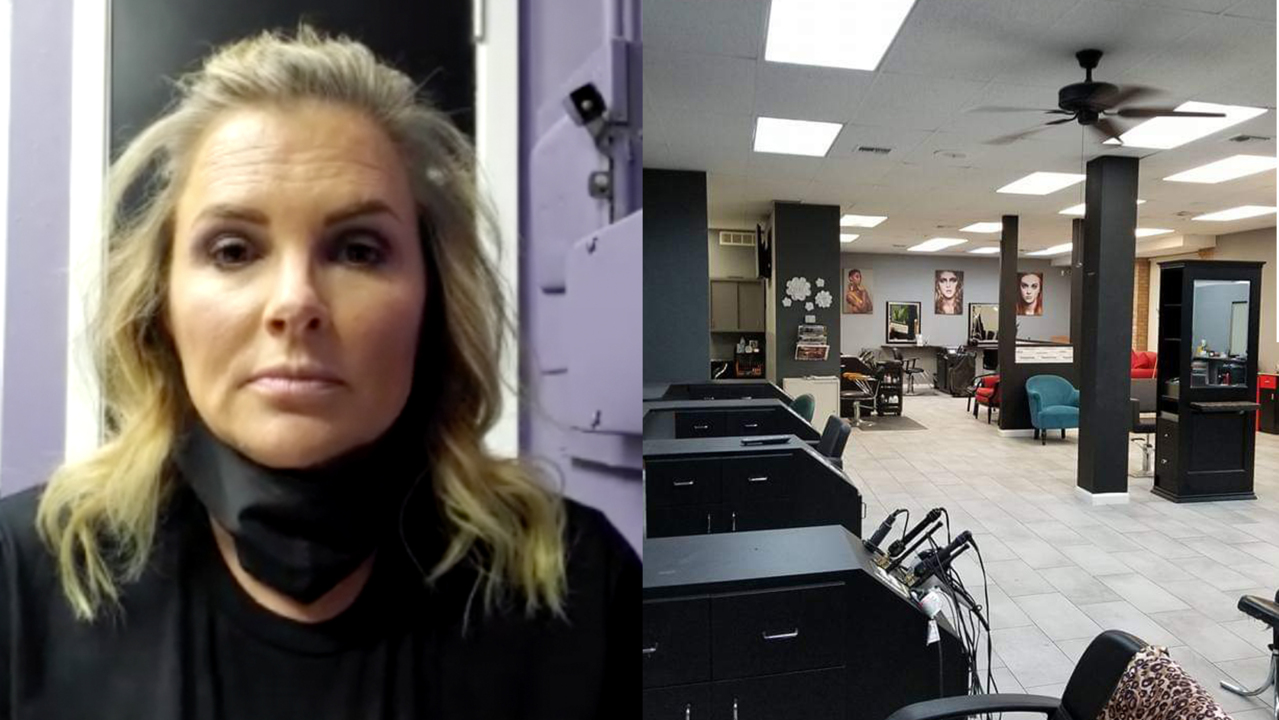 “Throwing Texans in jail who have had their businesses shut down through no fault of their own is nonsensical, and I will not allow it to happen,” Abbott said in a statement. “That is why I am modifying my executive orders to ensure confinement is not a punishment for violating an order. This order is retroactive to April 2nd, supersedes local orders and if correctly applied should free Shelley Luther.”

On Wednesday, Abbott, the state’s Attorney General Ken Paxton and Lieutenant Gov. Dan Patrick called for Luther’s release after she was jailed by Dallas County State District Judge Eric Moyé. The officials said he had abused his discretion and emphasized that the woman was keeping her business open in order to feed her family.

Greg Abbott
Throwing Texans in jail whose biz’s shut down through no fault of their own is wrong.

I am eliminating jail for violating an order, retroactive to April 2, superseding local orders.
Criminals shouldn’t be released to prevent COVID-19 just to put business owners in their place.

“As a mother, Ms. Luther wanted to feed her children,” Paxton said in a letter to the judge asking him to free her. “As a small business owner, she wanted to help her employees feed their children. Needless to say, these are laudable goals that warrant the exercise of enforcement discretion.”

On Thursday, Paxton praised the governor for ensuring that people would not be jailed for flouting the state’s coronavirus restrictions.

“I applaud Gov. Abbott’s decision to ensure that penalties for violating public health orders are reasonable and not excessive. All Texans are trying to get through this crisis together and no one should be put in jail unnecessarily,” he said.

Abbott said it was not just that as the state was reducing its prison populations because of the coronavirus that it was also throwing entrepreneurs in jail.

“It may also ensure that other Texans like Ana Isabel Castro-Garcia and Brenda Stephanie Mata who were arrested in Laredo, should not be subject to confinement,” Abbott said of the order. “As some county judges advocate for releasing hardened criminals from jail to prevent the spread of COVID-19, it is absurd to have these business owners take their place.”

Shelley Luther should immediately be released from jail. Locking her up is a misguided abuse of power, especially considering Dallas County released real criminals to “protect them from COVID-19.”

Release her now so she can return to her family.

On Thursday night, Abbott said on Fox News’ “Hannity” that citizens’ liberty needed to be balanced with the need to slow the coronavirus’ spread.

“There is [a balance that needs to be struck], Sean, and that is why we are now in Texas opening up things like hair salons and barbershops,” Abbott told host Sean Hannity. “But Sean, you need to know this: The problem that we’re dealing with is far worse than what you’ve articulated in Dallas County.” Luther, after her arrest for operating her salon in violation of Abbott’s executive order, was given three choices by the judge: She could offer an apology for selfishness, pay a fine and shut down until Friday, or serve jail time.

“I have to disagree with you, sir, when you say that I’m selfish because feeding my kids is not selfish,” she told the judge. “I have hairstylists that are going hungry because they would rather feed their kids. So sir, if you think the law is more important than kids getting fed, then please go ahead with your decision. But I am not going to shut the salon.”

The dustup Wednesday over Luther’s actions came after two Texas Republican lawmakers got illegal haircuts at another business in protest of the fact that hair salons and barbershops were not part of the initial wave of businesses to reopen under the governor’s plan. “Hairstylists and the cosmetology industry don’t have a lot of lobbyists in the Capitol advocating for them, whereas maybe the big-box stores and large restaurant chains do and sadly they were overlooked when this should have been an industry that was opened first, because of how regulated they are and the health standards they have to comply with,” state Rep. Briscoe Cain said, according to Fox 26 Houston.

He was joined by Rep. Steve Toth in his act of civil disobedience.

Abbott this week moved up the timeline for hair salons, barbershops and tanning salons to open to Friday after they were initially slotted to reopen in mid-May under the state’s plan to get its economy going again.