In case you missed it earlier this week, a domestic terrorist attack was carried out against an Immigration and Customs Enforcement facility in Tacoma, Washington. A member of Antifa, an organization that should be classified as a terrorist group, approached the facility with an AR-15, started threatening people and then proceeded to light things on fire. He was shot and died as a result of his behavior. More from Fox News:

The 69-year-old armed man killed by Washington state police as he attacked a local Immigration and Customs Enforcement detention center Saturday sent a manifesto to friends the day before the assault in which he wrote “I am Antifa,” and was being lionized by members of the leftwing group as a “martyr.”

The group Seattle Antifascist Action described assailant Willem Van Spronsen a “good friend and comrade” who “took a stand against the fascist detention center in Tacoma” and “became a martyr who gave his life to the struggle against fascism.”

Democrats have been calling for elimination of ICE for nearly a year. In the past few months, their rhetoric about the agency has escalated and a number of members have referred to ICE agents as Nazis.

When asked about the attack Congresswoman Ilhan Omar, who has called for elimination of the Department of Homeland Security, didn’t want to talk about it.

And neither does her pal AOC, who started the Nazi talk. 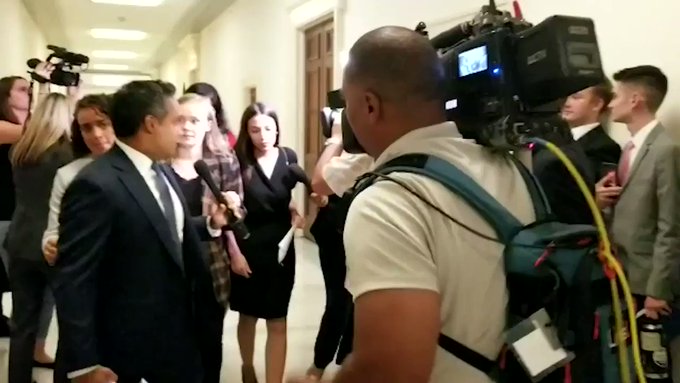 And Ayanna Pressley too.

Their silence is telling.