During Monday evening’s White House Coronavirus Task Force briefing, President Donald Trump questioned a reporter about whether or not she works for a Chinese-run television network. The questioning was prompted when the reporter asked about the Chinese government and companies, like Huawei and Alibaba, donating medical supplies and personal protective equipment to the United States.

“Who are you working for, China?” Trump asked.

TRUMP: “Who are you working for, China?”
Reporter: “Hong Kong Phoenix TV,”
TRUMP: “Who owns that, China? Is it owned by China?” 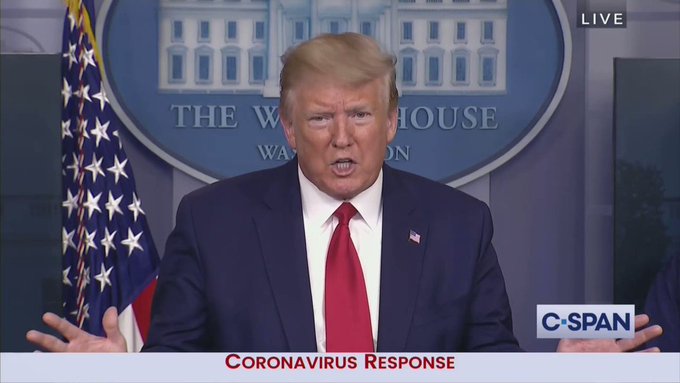 As One America News Network’s Liz Wheeler pointed out, Phoenix TV is technically “privately-owned” but their biggest investor is a state-owned mobile company. 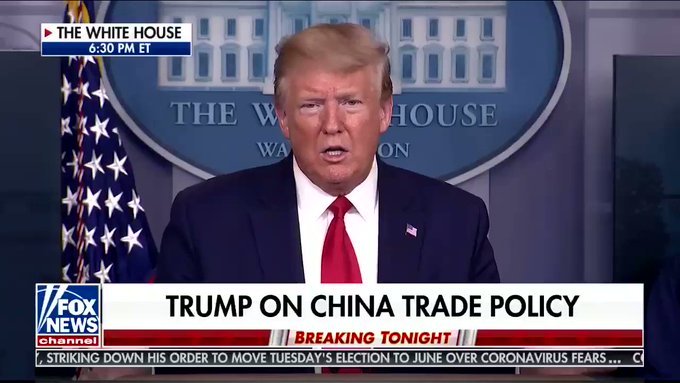 Back in 2018, it was revealed that Phoenix TV was “identified by U.S. intelligence agencies as a major overseas outlet used to spread propaganda and promote the policies of the communist government in Beijing. The Hong Kong television station also has close ties to China’s intelligence service and military,” the Washington Free Beacon reported at the time. “… Former Chinese insider and billionaire businessman Guo Wengui said Phoenix TV was established under Chinese leader Jiang Zemin in the early 1990s specifically as a government and intelligence tool for overseas influence operations.”

The goal of the propaganda machine is to garner support for the regime’s policies and downplay atrocities, like human rights abuses.

Another report from the Free Beacon revealed more insight into Phoenix TV’s ownership:

In 2009 testimony before the congressional U.S.-China Economic and Security Review Commission, Anne Marie-Brady, a fellow at the Wilson Center, revealed that Phoenix is “nominally privately owned” but that its main investor is the state-owned enterprise China Mobile.

As an example of the broadcaster’s links to the government, [Sen. Ted] Cruz noted that Phoenix in 2016 broadcast the forced confessions of five Hong Kong booksellers who had been kidnapped by Chinese authorities for violating Chinese censorship laws.

“Phoenix TV’s coverage is typically favorable to the CCP [Chinese Communist Party],” the 2017 report stated. “Moreover, over the past two years, it has been used as an outlet for airing televised confessions by various detained CCP critics, most notably all five Hong Kong booksellers abducted by Chinese security forces in late 2015.”

The Chinese government has continually pumped out propaganda over the Wuhan coronavirus. Instead of being honest about the virus from the get-go, the regime sought to cover things up. When Taiwan attempted to alert the World Health Organization about the virus, they were ignored. Not only that but the WHO continually reiterated Chinese talking points, including the biggest one: that the virus does not transmit from human-to-human (which we now know is not the case).