Amid growing concern over the spread of the Wuhan virus, liberal reporters are asking the president politically-charged questions that provide zero useful information to a public grappling to understand the effects of the deadly virus that originated in China.

“You did say two days ago though you did have a sense that this was a pandemic, that it was coming, so why was the United States not prepared with more testing and supplies,” MSNBC reporter Kristen Walker asked the president on Thursday. Trump knows a thing or two when it comes to handling hostile questions from the liberal media.

“We were very prepared,” Trump shot back. “And the only thing we weren’t prepared for was the media. The media has not treated it fairly.”

The Wuhan virus arrived in the United States right when the media-led impeachment hoax against the president was winding down. It should be clear to everyone following mainstream media coverage of the Wuhan virus that the media, alongside Democrats, were quick to politicize the pandemic in their latest effort to destroy the Trump presidency.

“I’ll tell you how prepared I was,” Trump responded as he clarified the record. “I called for a ban from people coming in from China long before anybody thought it was — In fact, it was your network, I believe they called me a racist because I did that. It was many of the people in the room, they called me racist and other words because I did that because I went so early. So when you say we weren’t prepared, had I let these tens of thousands of people come in from China a day, we would have had something right now that would have been, that you wouldn’t have even recognized it compared to where we are. How many people have passed away? How many people have died as of this moment? You could multiply that by a factor of many, many many. So when you say I wasn’t prepared, I was the first one to do the ban. Now other countries are following what I did. But the media doesn’t acknowledge that. They know it’s true but they don’t want to write about it.”

NBC’s Kristen Welker: Why was the United States not prepared with more testing?

TRUMP: The only thing we weren’t prepared for was the media. I called for a ban on people coming in from China. It was your network, I believe, they called me a racist because I did that. 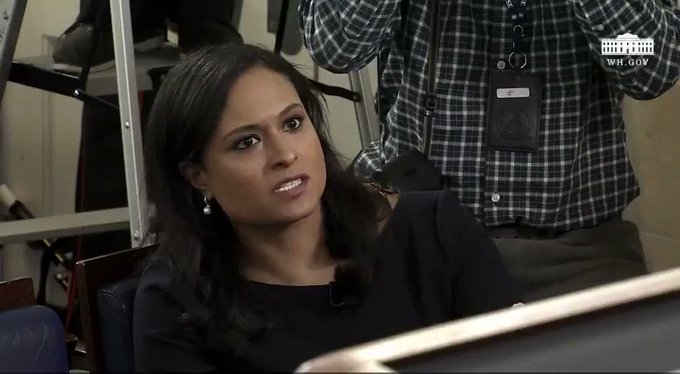