Well, it’s done. It’s here. The report is in, we said no collusion was etched in its pages, and the preliminary summary given to us by Attorney General William Barr backed it up. There was no collusion between the Kremlin, Trump, or his campaign staff during the 2016 election, despite nearly two years of the liberal media lusting for this to be true. There was no collusion and Barr and Deputy Attorney General Rod Rosenstein felt there wasn’t enough evidence to pursue charges against Trump in obstruction of justice. Regardless, Trump is vindicated. Trump was right.  And his supporters now have zero reasons to believe anything the news media says on this matter after two years of peddling straight Russian collusion trash as if it were fact; looking at you MSNBC, CNN. The meltdown was delicious. It was probably the worst since the 2016 election. Trump won. It once again adds to the man’s life story; never bet against when you think he’s down. GRANTED…half the nation already knew the Russia collusion myth was garbage. We’ve known for over two years. So, it makes this moment even more satisfactory for Trump, his supporters, and the GOP. We win again. Our side was right. The Left can eat crow…and I hope they choke on it. We have MSNBC’s Joy Reid suggesting that there could be a cover-up with this report. MSNBC’s Rachel Maddow apparently cried when it became clear the report would not contain incriminating evidence against Trump. Chris Matthews was just irate. And former intelligence operative Malcolm Nance, ignoring the report, said what Trump did could “eclipse Benedict Arnold.”

Three big takeaways:
(1) Mueller did not find that the Trump campaign colluded with the Russians to interfere in 2016.
(2) Mueller didn’t reach a conclusion on obstruction one way or the other.
(3) Barr & Rosenstein concluded Trump didn’t obstruct justice.https://www.washingtonexaminer.com/news/mueller-clears-trump-no-russia-collusion-no-obstruction-of-justice … 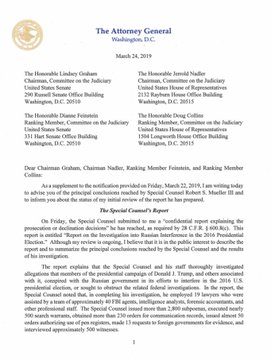 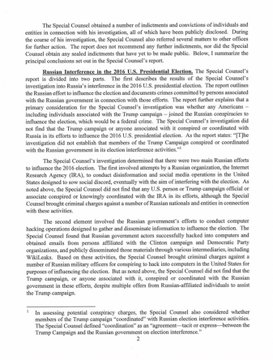 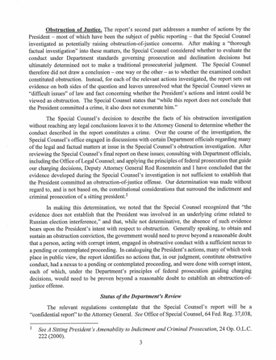 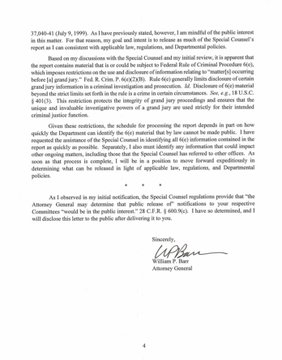 23 people are talking about this 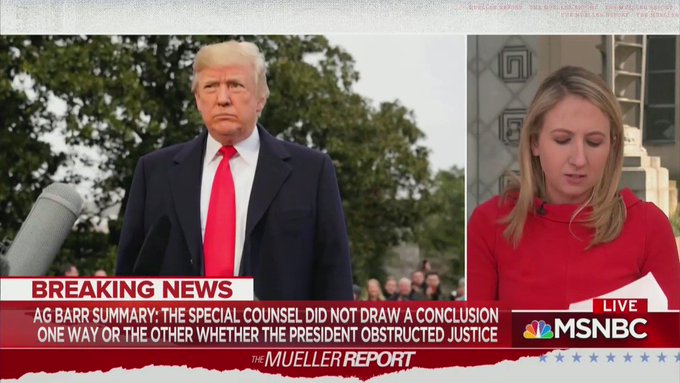 MSNBC’s Katy Tur, with a blank look on her face, says regarding the Mueller report: “This vindicates the President on collusion” 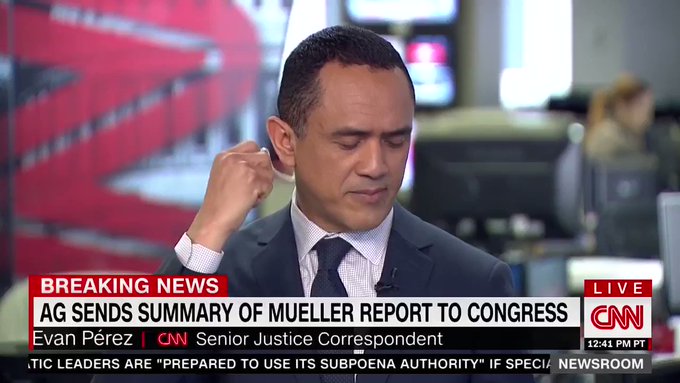 CNN on Trump: ‘He Is Now Vindicated’ https://news.grabien.com/story-cnns-borger-trump-he-has-been-vindictated …

CNN’s Borger on Trump: ‘He Has Been Vindictated’

1,225 people are talking about this

After the 2016 election countless journalists and pundits solemnly proclaimed that they would take conscious action to avoid confirmation bias and groupthink, because being proven so spectacularly wrong was such a shock to the system. But they never did this. They just got worse

238 people are talking about this

1,728 people are talking about this

The Mueller report and Barr’s letter do not change this core element of the Russia scandal: Trump and his crew engaged in a profound act of betrayal. I explain in this article. Please read and share. https://www.motherjones.com/politics/2019/03/trump-mueller-report-russia/ …

9,561 people are talking about this 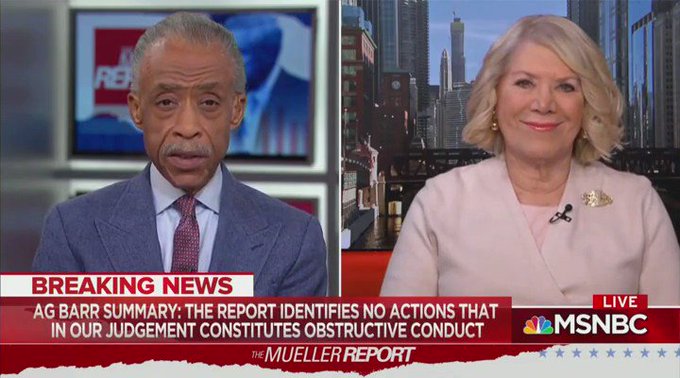 Watergate prosecutor Jill Wine Banks dissents from Mueller: “The evidence was very clear [Trump] was guilty. That’s number one. Number two, on the point of obstruction, it’s very clear that an underlying crime is not required to have a case of obstruction.” 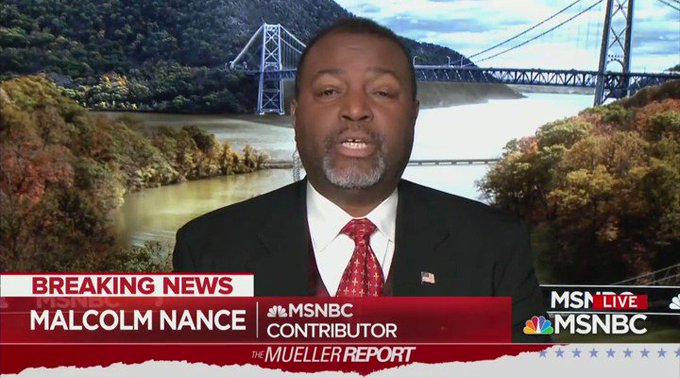 MSNBC’s @MalcolmNance unfazed after Mueller fails to find enough to charge anyone in Team Trump for conspiring with Russia: This remains the “most serious scandal in the history of the United States. … Look, this could technically eclipse Benedict Arnold.” 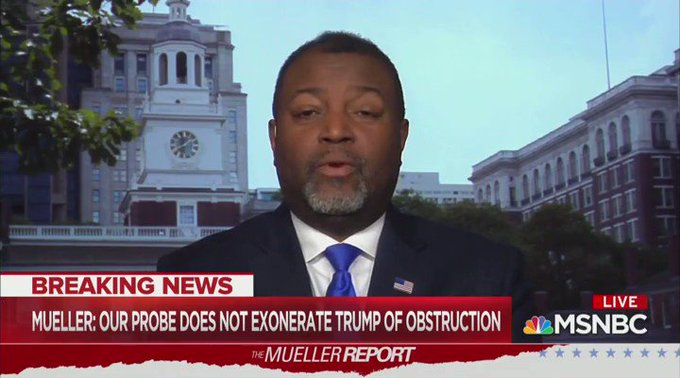 Nance still thinks Trump committed treason, colluded w Russia: “We’ve had people who’ve done things before where there were, you know, there were not signs of an explicit agreement with them. One example is former CIA officer Aldridge Ames. He started to do his treason in 1988.”

So, with collusion now dead, the Left is already pivoting to obstruction of justice. An odd move; Trump is guilty of obstructing an investigation over a crime he never committed? That’s like the police searching your home for marijuana, finding none, and then charging you because…it’s your house. CNN took a swing (via Newsbusters):

Senior White House correspondent Pamela Brown also threw mud on Barr and gave ammo to Democrats by questioning why Barr made the decision not to pursue a prosecution. “He didn’t think that the president can obstruct justice,” she reminded them of Barr’s confirmation hearings.

“So you can imagine on the hill the Democrats are going to say, ‘the man who said the investigation on obstruction shouldn’t have happened in the first place, is now the one deciding, making this conclusion.’ Yes, he did it with Rod Rosenstein, but that’s what they’re going to hone in on,” Brown hyped.

As if it was purely a signal of guilt, or perhaps a form of obstruction itself, CNN crime and Justice reporter Shimon Prokupecz recalled the negotiations between Trump’s legal team and investigators…

“And now we understand why. They were legitimately concerned about the obstruction issue,” he declared. “And it seems even reading this report, this is where the Special Counsel’s office, that’s the position they took as well.”

MSNBC did their best to keep liberal blood pressures at health levels as well. One of the mysteries of this report is that Mueller isn’t quoted properly or something. They’re all cut-off.

MSNBC legal analyst Cynthia Alksne was not pleased with how things panned out: “[T]he big, bizarre thing here is that Bob Mueller does all of this work and then on obstruction, what’s the most obvious happening in plain sight? I mean, apparently he’s not even allowed to give an opinion.”

On Barr, she complained that Barr “has always had a kooky interpretation of obstruction,” so “[t]hat’s why it’s really important to have a traditional prosecutor’s answer about if there’s obstruction.”

Melber returned during the next hour for PoliticsNation and took issue with how there weren’t full sentence excerpts from Mueller in Barr’s letter:

And I’ve got my copies and I’m sure many people around the country do, this is four pages. There’s not a single full sentence in here that’s quoted the Mueller report. Every quote from the Mueller report itself is a partial sentence. Now some of them are, as just discussed, quite important partial sentences, like no election collusion conspiracy. We started reporting the implication of that Friday night, because there were no election collusion conspiracy indictments….Mueller spent 22 months on it. I could do it in under 48 hours and go beyond the Mueller report’s findings. So [Barr] is relaying one finding on no election collusion conspiracy. That’s big and then he’s going beyond the other finding, which was that there was evidence of obstruction, that the President is not exonerated but also not accused of a crime….I think this opens up questions about what were the sentences before and after. Why are they partial sentences? What this selective quoting? And on the obstruction, is that something the House wants to look at based on the evidence or take this sort of book report summary from the weekend work by the Attorney General. Do you want the book or are you satisfied with the book report?

Still, one of the best moments in all of this is MSNBC’s Katy Tur realizing that there was no collusion. The liberal media world has once again been burned to ash.