Virtue-Signaling Frauds: NBA Wokesters Have Nothing to Say on China’s Systemic Oppression

By now, you’ve seen videos of Americans getting thrown out of NBA exhibition games for carrying pro-democracy signs and chanting in favor of the Hong Kong protesters.  This did not occur at games being played in China, but rather here in the United States.  I’m not sure I can think of more execrable symbolism than American fans being censored on behalf of Chinese Communist sensibilities by American franchises — while the US national anthem is playing.  It’s a disgrace.  Also, for reference, I don’t think I’ve ever seen anyone ejected from a sporting event for chanting anything, ever — including profane chants about officials employed by the league hosting the game.  Adding to the ritual humiliation are some of league’s most outspoken social justice warriors on domestic matters and politics, who suddenly have nothing to say.  Woke loudmouth Steve Kerr, the coach of the Warriors, is suddenly tongue-tied:

Steve Kerr has no comment on NBA’s China issues. He comments on every Trump tweet and can’t support democracy in China? What a complete and total coward. 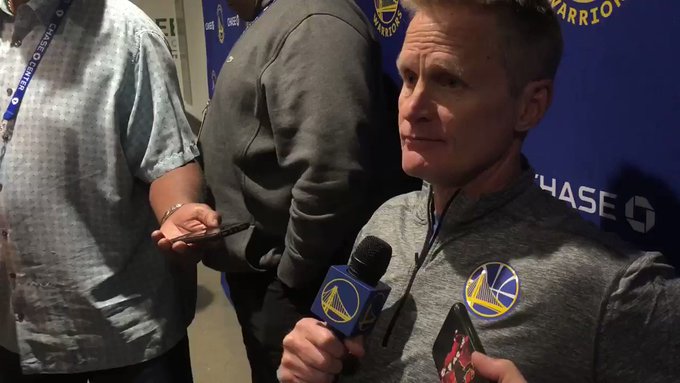 It’s a “bizarre” international story, he says, even though it really isn’t.  He can read two or three articles on Hong Kong, Tibet, and the Uighurs (a subject that was also censored by the Washington Wizards on behalf of the regime in Beijing) and draw some conclusions.  He hasn’t done so, despite supposedly priding himself on being very informed on current events and eager to talk about them.  In the clip, he suggests that he needs to do some more research.  Fantastic.  Let’s give him a week, then get back to him for a verdict.  Think he’ll offer one then?  Superstar Steph Curry, who has had plenty to say about politics, offered the same garbage excuse:

Steph Curry: “This situation, there’s a huge weight and gravity to it. There’s going to need to be some things to be sorted out. But I just don’t know enough about Chinese history and how that’s influenced modern society…This is not going away. So we’ll come back to it.” 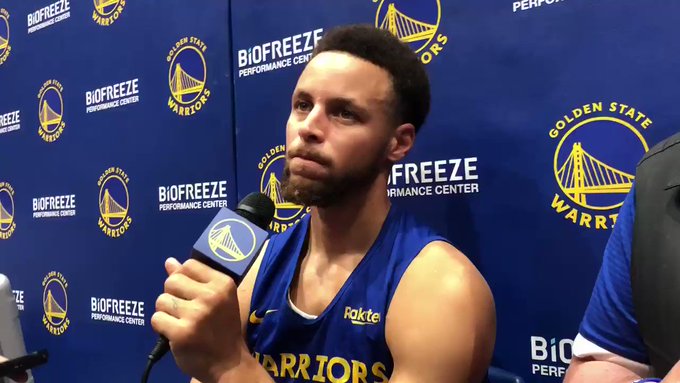 He just needs to learn more about ancient Chinese dynasties in order to weigh in on democracy in Hong Kong or internment of Muslims at re-education camps, or something.  “We’ll come back to it,” he says, echoing Kerr.  He’s hoping that we won’t come back to it.  The media should not let either of these guys off the hook.  Circle back repeatedly.  And here’s the wokest of them all, Spurs coach Gregg Popovich, half-trying to seem like he’s defending American values:

Popovich praises *Commissioner Silver’s* “courage” to the hilt here, repeatedly contrasting him w/ Trump. Nothing in this clip on whether he agrees w/ Morey on Hong Kong, or has any thoughts at all on China’s serial abuses. The real villain in his framing is POTUS, not Beijing. https://twitter.com/willmansowplg/status/1181694769245933573 …

Spurs coach Gregg Popovich says he supports the comments from NBA commish Adam Silver surrounding the controversy with the league and China. 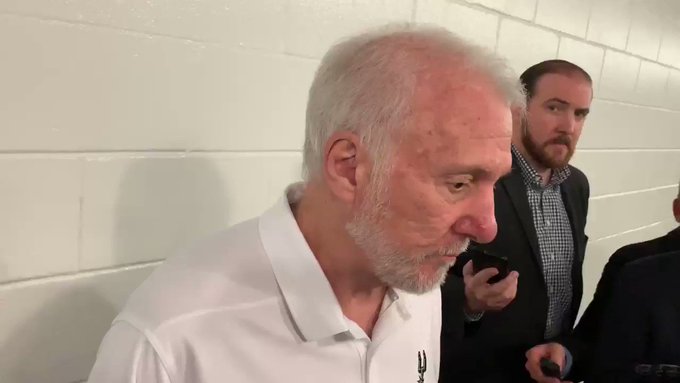 He sticks to a comfortable script: Silver is the greatest, our values matter, and Trump is bad.  He goes out of his way to criticize Trump’s silence on Saudi Arabia (a fair hit), but has nothing to say whatsoever on China. Almost as if his strong feelings on authoritarian regimes are dependent on whether or not those regimes can help make him even richer (he reportedly spends at least $1 million annually on gourmet food and high-end wine).  Will he get follow-ups?  The NBA seems desperate to avoid any questions on this subject.  This is chilling and pathetic:

Journalist gets quickly shut down when she asked James Harden, Russell Westbrook if they would refrain from speaking out on politics/social justice after China debacle… 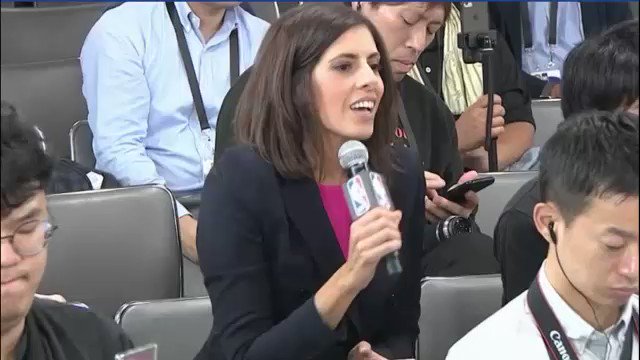 Meanwhile, here’s Nike bowing to the Chinese censors at their stores in that country: 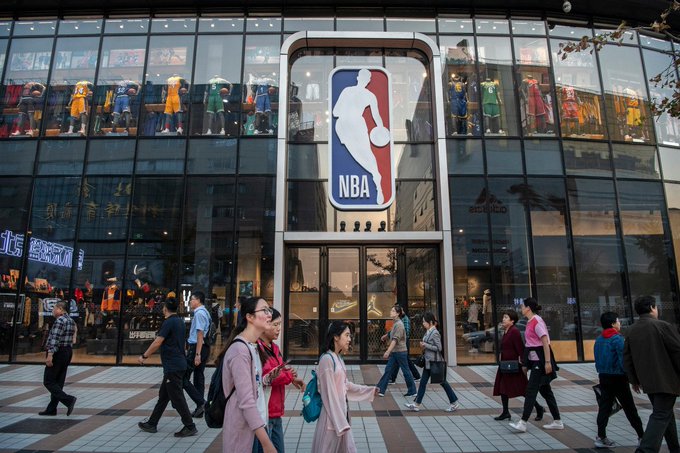 As others have noted, Nike is the company that hired US anthem kneeler Colin Kaepernick under the preening slogan, “believe in something, even if it means sacrificing everything.”  What performative, virtue-signaling frauds.  We know precisely what Nike is not willing to sacrifice, and what they don’t truly believe in.  And may I remind you that Nike is hardly the only craven US corporation in this regard.