White House Press Secretary Stephanie Grisham responded to the recent articles from media outlets that have been critical of First Lady Melania Trump’s Christmas decorations that were unveiled this week.

“It has become an annual holiday tradition for the media to attack all that the First Lady does. If this was a Democratic Administration, I suspect Mrs. Trump and her work would be featured positively in every mainstream news outlet,” Grisham told Fox News.

Melania Trump
“The Spirit of America” is shining in the @WhiteHouse! I am delighted to share this beautiful exhibit of patriotism for all to see, and excited for everyone to experience the beauty of the #Christmas season!

In the Washington Post’s case, their fashion critic admitted the decorations were “lovely,” but Trump’s coat she wore in the White House video “looks ridiculous.”

“But more than a silly fashion folly, the coat is a distraction. It’s a discomforting affectation taken to a ludicrous extreme. In a video that is intended to celebrate the warmth and welcoming spirit of the holiday season, that simple flourish exudes cold, dismissive aloofness,” Robin Givhan wrote on Monday. 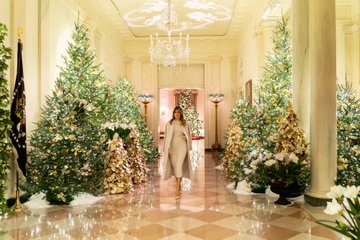 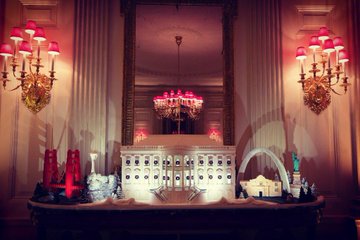 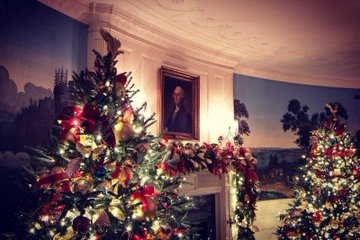 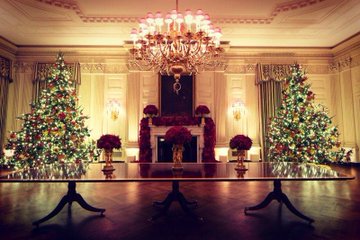 HuffPost published a story that reported how the decorations were compared to a scene in “The Shining” by some users on Twitter.
Similar stories were published last year when the White House was decorated with red cranberry topiary trees.