You Go, Girl! Candace Owens Blasts Dems For Splicing Her Video To Fit Their Despicable Narrative

Rep. Ted Lieu (D-CA) decided to play a 30 second clip of of Owens’ video of her explaining how she feels about national. 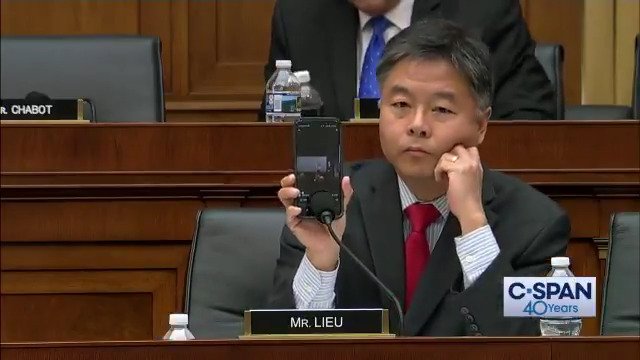 .@RepTedLieu plays recording of Candace Owens: “I don’t know Ms. Owens. I’m not going to characterize her. I’m going to let her own words do the talking. So, I’m going to play for you the first 30 seconds of a statement she made about Adolf Hitler.”

The problem with the clip Lieu showed? It’s a sliver of what Owens actually said. In case anyone needs a refresher, here it is:

In case anyone needed a refresher on what @RealCandaceO ACTUALLY said… https://www.pscp.tv/RealCandaceO/1gqxvnXmNRBxB?t=24s …

Was Hitler a nationalist? (And Leftist journalists are still insane).

Owens never condoned what Hitler did. She explained what nationalism actually is. Owens said what most Americans feel: there is absolutely nothing wrong with being a nationalist. You can be patriotic, love the nation you live in and want it to prosper without causing harm to others.

Hitler took nationalism to a whole different level. As Owens explained, Hitler’s goal was world domination, or globalism, whichever term you prefer. He wasn’t about making Germany strong and powerful. He was about making himself the most powerful man in the world. He was about taking over the world and killing those who stood in his way. That is completely different than patriotic Americans saying, “We want to put America first. We want our interests to come before the rest of the world’s problems.”

Of course, Democrats love to try and trash Owens for standing up for the idea of nationalism because somehow if you love America and you want her to succeed then you’re a white nationalist who hates everyone else. The Left paints those of us who take pride in America as old, white men who are crazy. But in every other nation being a nationalist is seen as a good thing.

When Owens responded to Lieu’s statement, she trashed him and called him out for his attempt to sling her through the mud. And somehow Chairman Jerry Nadler (D-NY) thought she was calling Lieu “stupid,” even though that was not what she said.

“I think it’s pretty apparent that Mr. Lieu believes that black people are stupid and will not pursue the full clip in its entirety. He purposely presented an extracted clip–” Owens began to explain before Nadler interrupted her.

“The witness will suspend for a moment. It is not proper to refer disparagingly to a member of the committee. The witness will not do that again,” Nadler said, smacking his gavel. “Witness may continue.”

“Sure, even though I was called despicable,” Owens said.

“May I continue?” Owens asked.

“As I said, he [Lieu] is assuming black people will not go pursue the full two hour clip. And he purposefully extracted– he cut off and you didn’t hear the question that was asked of me,” Owens explained. “He’s trying to present it as if I was launching a defense of Hitler and Germany, when in fact, the question that was asked of me was pertaining to whether or not I believed HItler– whether or not I believed in nationalism and that nationalism was bad.”

“And when I responded to was that I do not believe that we should be characterizing Hitler as a nationalist. He was a homicidal, psychopathic maniac that killed his own people. A nationalist would not kill their own people,” Owens explained. “That was exactly what I was referring to in the clip and he purposefully wanted to give you a cut up similar to what they do to Donald Trump to create a different narrative. That was unbelievably dishonest and he did not allow me to respond to it, which is worrisome and to tell you a lot about where people are today in terms of drumming up narratives.”

“By the way, I would also like to add that I work for Prager University, that is run by an Orthodox Jew and not a single Democrat showed up to the embassy opening in Jerusalem,” Owens said. “I sat on a plane for 18 hours to make sure that I was there. I’m deeply offended by the insinuation of revealing that clip without the question that was asked of me.”

Based on the look on Lieu’s face, he knew he messed with the wrong woman. He was speechless. And he should be. His attempt at cutting and splicing what she said is disgusting and exactly the issue Americans have with the liberal mainstream media outlets. It looks like they’re learning from their party leaders in Congress.

Bravo, Lieu. You just got your butt handed to you.

Candace Owens: “I think it’s pretty apparent that Mr. Lieu believes that black people are stupid and will not pursue the full clip…That was unbelievably dishonest…I’m deeply offended by the insinuation of revealing that clip without the question that was asked of me”.