You Said What? How The Colin Kaepernick-Nike Issue Over Betsy Ross Took A Hard Left Turn Into Nazi-Land

Well, if the Nike decision to pull a line of patriotic shoes featuring the Betsy Ross wasn’t dumb enough, the hot take commentaries on the matter might either cause someone to have a full-blown stroke or have an unsafe rise in blood pressure. It’s that stupid. Apparently, the Betsy Ross flag is like the swastika. And yes, an MSNBC guest said this because this is exactly where such idiocy would be peddled, on a network whose sole job is to keep liberals in a safe zone of their own condescension and ignorance. Former NFL quarterback and total loser Colin Kaepernick convinced Nike to pull the shoes. Yes, we have another instance where political correctness has run amok. And you cannot view history through this paradigm without looking like a total loon, but this is where we are with the Left. Scott Whitlock at Newsbusters clipped and transcribed the insanity. It was Michael Eric Dyson who made the insane comparison while being interviewed by MSNBC host Hallie Jackson. A portion of the transcript is below:

According to New York Times opinion contributor Michael Eric Dyson, the Revolutionary War-era flag at the heart of a controversy with Nike is just like a “swastika” or burning a cross. MSNBC featured Dyson the day before the Fourth of July to slime the Betsy Ross flag as a symbol of hate.

JACKSON: What about the argument that some have made that this is PC culture run amuck, if you will? If Nike wants to put this flag on their shoe, why are people so upset about it?

DYSON: Yeah, because words matter. Symbols matter too. Why don’t we wear a swastika for July Fourth? Because, I don’t know? It makes a difference. The cross burning on somebody’s lawn. Why don’t we have a Nike, you know, celebration of the cross? Well, because the those symbols are symbols of hate. So, we can take PC culture back. It’s amazing to me the people that people that cry the loudest about PC are the ones who didn’t show up when the offense first occurred, who didn’t defend the people who were victims of white supremacy or racism or sexism or misogyny. But now pop up and say, “Hey, let’s not be too PC.” If you haven’t fought the battle, If you haven’t celebrated the process, you can’t acclaim the product. So, at this point I think people need to be honest about it and say, “It’s not a matter of PC.” There are many within communities of color who understand complexity, complication. You can’t have it the way you want it. But something so glaring and so apparent, that has to be dealt with.

America has Concentration camps. We don’t. The Betsy Ross flag is like wearing a swastika. It’s not. But this is where the Left is with all of their historical and cultural commentaries. And no, it’s not outlandish to question the patriotism of these people because they seem to hate this country an awful lot. That’s what so scary about the Democrats. We’re facing an organized, feisty, and insane party that hates America. The first variation of the American flag is like a swastika. It’s Nazism or something. It’s absolutely ludicrous. 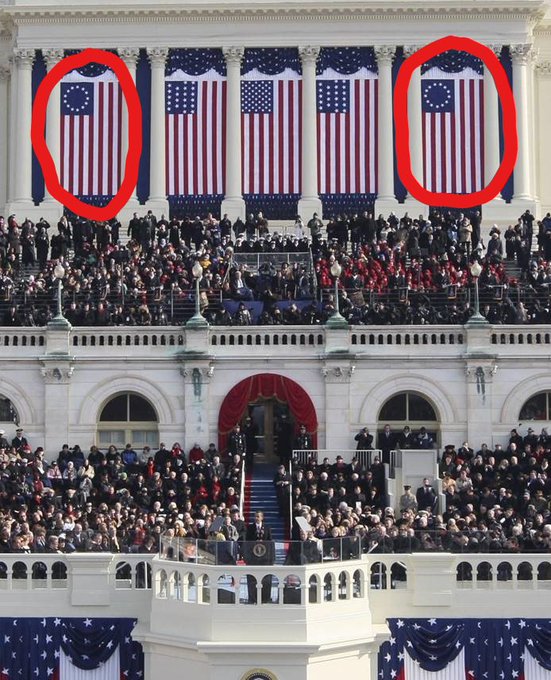 Democrats running for president have officially lost it.

Beto & Castro strongly imply that the Betsy Ross flag is a symbol of hatred. Do the rest of the Dems agree?