EXCLUSIVE: Former U.S. Ambassador to Ukraine Marie Yovanovitch, a key witness in House Democrats’ impeachment inquiry, communicated via her personal email account with a Democratic congressional staffer concerning a “quite delicate” and “time-sensitive” matter — just two days after the whistleblower complaint that kickstarted the inquiry was filed, and a month before the complaint became public, emails obtained Thursday by Fox News’ “Tucker Carlson Tonight” show.

The emails appear to contradict Yovanovitch’s deposition on Capitol Hill last month, in which she told U.S. Rep. Lee Zeldin, R-N.Y., about an email she received Aug. 14 from the staffer, Laura Carey — but indicated under oath that she never responded to it. The communication came “from the Foreign Affairs Committee,” and “they wanted me to come in and talk about, I guess, the circumstances of my departure,” Yovanovitch testified, describing Carey’s initial email. “I alerted the State Department, because I’m still an employee, and so, matters are generally handled through the State Department.”

Fox News is told it is a breach of normal procedure for congressional staff to reach out to a current State Department employee at their personal email address for official business.

Asked directly whether she responded to Carey’s overtures, Yovanovitch testified only that someone in the “Legislative Affairs Office” at the State Department had responded to Carey, to the best of her knowledge.

On Aug. 14, Carey reached out to Yovanovitch with pleasantries about the last time the two had “crossed paths” — “when I was detailed to” the Senate Foreign Relations Committee — before noting that Carey had resigned from the State Department to join the House Foreign Affairs Committee staff performing oversight work.

“I’m writing to see if you would have time to meet up for a chat — in particular, I’m hoping to discuss some Ukraine-related oversight questions we are exploring,” Carey then wrote to Yovanovitch. “I’d appreciate the chance to ground-truth a few pieces of information with you, some of which are quite delicate/time-sensitive and, thus, we want to make sure we get them right.”

Carey continued: “Could you let me know if you have any time this week or next to connect? Happy to come to a place of your choosing, or if easier, to speak by phone at either of the numbers below. I’m also around this weekend if meeting up over coffee works.”

On Aug. 15, Yovanovitch responded: “Thanks for reaching out — and congratulations on your new job. I would love to reconnect and look forward to chatting with you. I have let EUR [Bureau of European and Eurasian Affairs] know that you are interested in talking and they will be in touch with you shortly.”

On Aug. 19, Carey wrote, “Great — thanks for the response and I look forward to hearing from them. As mentioned, it would be ideal to connect this week… assuming this week is doable for you schedule-wise?”

It appears Ambassador Yovanovitch did not accurately answer this question I asked her during her “impeachment inquiry” deposition under oath. https://twitter.com/RealSaavedra/status/1192617974164668416 … 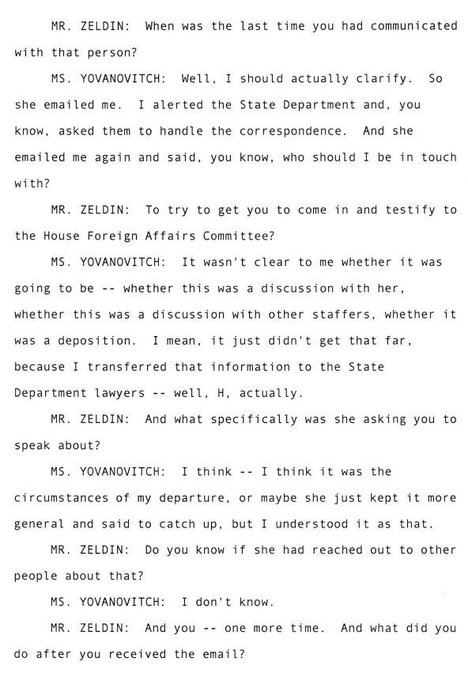 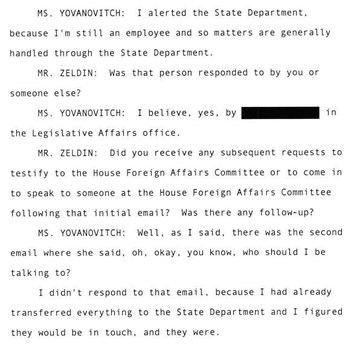 Tucker Carlson reports that it appears as though Obama’s Ambassador to Ukraine, Marie Yovanovitch, perjured herself under oath, according to new email evidence 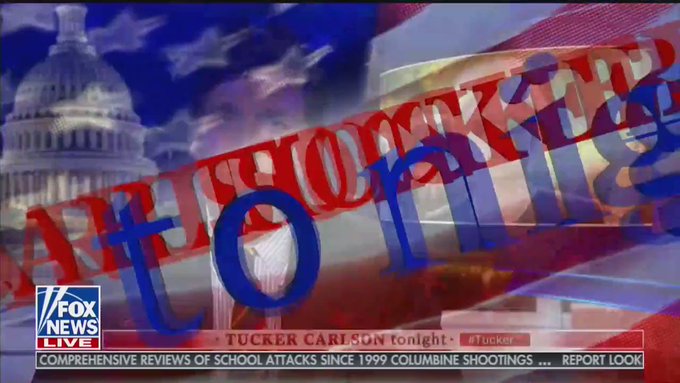 Zeldin told Fox News on Thursday it was “greatly concerning” that Yovanovitch may have testified incorrectly that she did not personally respond to Carey’s email.

“I would highly suspect that this Democratic staffer’s work was connected in some way to the whistleblower’s effort, which has evolved into this impeachment charade,” Zeldin said. “We do know that the whistleblower was in contact with [House Intelligence Committee Chairman] Adam Schiff’s team before the whistleblower had even hired an attorney or filed a whistleblower complaint even though Schiff had lied to the public originally claiming that there was no contact. Additionally, while the contents of the email from this staffer to Ambassador Yovanovitch clearly state what the conversation would be regarding, Yovanovitch, when I asked her specifically what the staffer was looking to speak about, did not provide these details.”

Zeldin added: “I specifically asked her whether the Democratic staffer was responded to by Yovanovitch or the State Department. It is greatly concerning that Ambassador Yovanovitch didn’t answer my question as honestly as she should have, especially while under oath.”

“It is greatly concerning that Ambassador Yovanovitch didn’t answer my question as honestly as she should have, especially while under oath.”

A Democratic House Foreign Affairs Committee spokesperson, however, characterized the outreach as innocuous, saying it was related to Yovanovitch’s public ouster as the envoy to Ukraine.

“The committee wanted to hear from an ambassador whose assignment was cut short under unusual circumstances,” the spokesperson said. “This staff outreach was part of monthslong efforts that culminated in the September 9 launch of an investigation into these events. Congress has a constitutional duty to conduct oversight. The State Department doesn’t tell Congress how to do that job, and should be more concerned with the culture of retaliation and impunity that has festered under this administration.”

Neither Carey nor the State Department immediately responded to Fox News’ requests for comment.

President Trump ordered Yovanovitch to be recalled from her post this past May following allegations of partisanship and political bias. Democrats have suggested her service was terminated so that the Trump administration could carry out illicit foreign policy with Ukraine.

George Kent, a career official at the State Department, told House investigators conducting the impeachment inquiry that a Ukrainian official told him Trump attorney Rudy Giuliani had conspired with Yuriy Lutsenko, the then-prosecutor general of Ukraine, to “throw mud” as part of a “campaign of slander” against Yovanovitch.

That accusation came out in testimony released earlier Thursday. “Well, Mr. Giuliani was almost unmissable starting in mid-March,” Kent told investigators. “As the news campaign, or campaign of slander against, not only Ambassador Yovanovitch unfolded, he had a very high media presence, so he was on TV, his Twitter feed ramped up and it was all focused on Ukraine.”