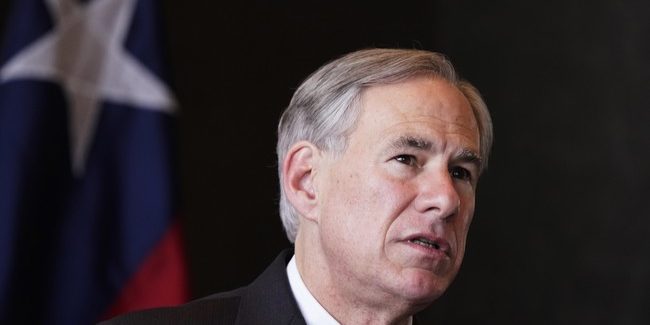 Gov. Greg Abbott took to Twitter on Wednesday night to celebrate a decision by the Fifth Circuit Court of Appeals that allows his ban on mask mandates in schools to remain in effect.

The decision from the court’s three-judge panel, as reported by Brian Lopez with the Texas Tribune, found that there was no harm caused for students with disabilities:

The case was originally filed in August by the advocacy group Disability Rights Texas, which argued that the governor’s order and the Texas Education Agency’s enforcement of the ban put disabled children at risk and denied them access to public education.

The order from the three-judge panel stated that there had been “no concrete, or actual or imminent, injury as a result of the enforcement” of Abbott’s executive order.

“The district court’s analysis rests on the faulty premise that the only accommodation available to plaintiffs is their schools’ ability to impose mask mandates,” the panel’s decision stated.

The order is another chapter of the monthslong legal dispute between parents, a disability rights organization and Texas officials over whether the state was violating the 1990 Americans with Disabilities Act, also known as the ADA.

Disability Rights Texas accused the state of violating the ADA and the Rehabilitation Act, which forbids organizations and employers from excluding or denying individuals with disabilities an equal opportunity to receive program benefits and services.

The panel’s decision, as highlighted by Emily Donaldson and Talia Richman with The Dallas Morning News, overturned an injunction from federal Judge Lee Yeakel, who ruled that the ban on mask mandates violated the rights of students with disabilities.

As Donaldson and Richman wrote:

In his ruling, Yeakel concluded that the governor’s executive order interfered with schools’ ability to satisfy their obligations under federal disability law.

But in a court filing, the 5th Circuit judges pushed back on the notion that the absence of mask mandates would translate to harm for the students involved in the lawsuit.

“The risks of contracting COVID-19 for these plaintiffs are certainly real, but the alleged injury to plaintiffs from the enforcement of [the governor’s order] is, at this point, much more abstract,” the judges wrote.

They also took issue with Yeakel’s “blanket injunction” that prohibited the enforcement of Abbott’s ban in all of Texas’ public schools, calling the decision overbroad.

Injunctions must be narrowly tailored, they wrote, adding that Yeakel’s could have only addressed seven students involved in the case and their school districts.

Texas’ mask mandate has been tied up in the courts, and thus making headlines, for some time now.

In May, Gov. Abbott signed an executive order which in part mentioned that the “Texas Education Agency shall revise its guidance such that, effective 11:59 p.m. on June 4, 2021, no student, teacher, parent, or other staff member or visitor may be required to wear a face covering.” The Fifth Circuit Court of Appeals has also recently issued a stay for state attorney generals who last month sued to stop President Joe Biden’s vaccine mandate for private employers. Texas was one of the states involved in the lawsuit, as was South Carolina, Louisiana, Mississippi, and Utah.