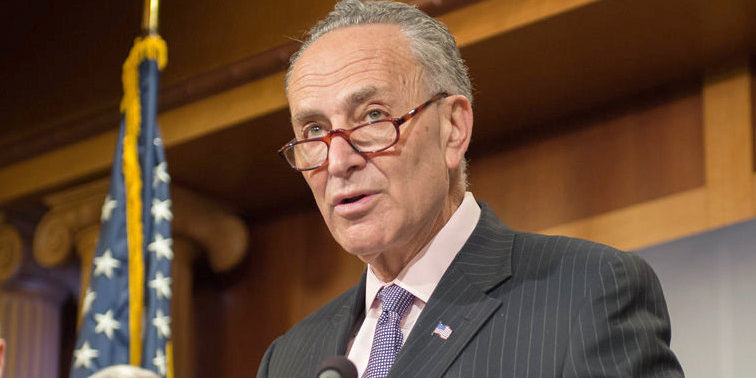 Even as Democrats remain the favorites to win back the House in less than a month, their prospects for capturing the Senate — already a longshot, thanks to a very challenging map — appear to be dimming even further.  Republican voters were re-engaged by the Kavanaugh battle, a phenomenon that could disproportionately benefit the party in red-leaning states hosting major Senate races this cycle.  Fortunately for the GOP, those are exactly the sorts of states that will decide the balance of power in the upper chamber.  Whether this momentum can be sustained over the coming weeks is a crucial and open question, but for now, here’s survey of the latest fallout:

ARIZONA – For the first time in weeks, a new poll shows Republican Martha McSally springing out to a lead over Democrat Kyrsten Sinema:

The RealClearPolitics average in this race currently shows Sinema up by less than two points.  It’s unclear whether this new survey is an outlier or a trend; in evaluating that point, it’s worth noting that this polling series from a local ABC affiliate showed McSally narrowly ahead, fleetingly, in early September (just after the primaries).  I’d like to see more data before declaring that McSally has truly made a comeback.  That said, the GOP must be seeing something in the Arizona numbers, as they’re deploying some heavy hitters to the state on McSally’s behalf:

NORTH DAKOTA – In a cringe-worthy effort to explain her vote against Justice Kavanaugh, whose confirmation was overwhelmingly supported by her constituents, Sen. Heidi Heitkamp made a bizarre admission. She says she determined that Kavanaugh was likely guilty of attempted sexual assault based on his body language during the impassioned testimony he delivered in his own defense.  Before that, Heitkamp claims, she was leaning ‘yes’ on his nomination, but her mute-button pop psychology steered her in the opposite direction.  Allahpundit is rightly appalled:

That’s a clown senator, bro…I don’t know how else to understand the clip below except as an admission that she’s resigned to losing. It’s one thing to vote against Kavanaugh when you represent a very red state, it’s another to admit on camera that you did it for the exceptionally goofy reason that you didn’t like his face when you watched him speak with the sound off. It’s a ready-made attack ad for Kevin Cramer. Say this for much her, I guess: When you’ve got zippo by way of corroborating evidence of the claims against him, on what else can you base your opposition except something as gassy as body language?

This whole post is worth reading because it reminds everyone of the sort of stress Kavanaugh was under, and reviews the egregious demagoguery of Democrats on the Judiciary Committee, most of whom made no effort to even feign an attitude of basic fairness. Fighting for his survival and reputation, and accused of (among other things) facilitating serial gang rape, Kavanaugh’s sound-off agitated demeanor rubbed Heidi the wrong way. What a joke. The derisive laughter gets louder when you realize that it’s a transparent lie, too: Her previous tale was that she remained undecided, pending the results of the FBI probe — which produced zero new evidence against Kavanaugh, and actually raised new concerns about Team Ford’s ethics and methods.  Anyone who reached their conclusion prior to carefully reviewing the FBI’s work was jumping the gun, she intoned.  But now she spills that she’d made up her mind as a amateur body language interpreter days earlier.  Okay.  On average, Heitkamp is down by nearly nine percentage points on average, with the last two polls giving Republican Kevin Cramer a double-digit lead.  But don’t forget that she was viewed as cooked six years ago, yet pulled off a squeaker of an upset.  The GOP shouldn’t make that same mistake again.

MONTANA – With his race shifted to a pure “toss up” by the Cook Political Report, and the National Rifle Association downgrading his scorecard due to yet another vote against a pro-Second Amendment SCOTUS nominee, Sen. Jon Tester may not be feeling quite as confident about his re-election as he once was.  Reacting to Republican Matt Rosendale hyping the new NRA rating, Tester’s Communications Director took to Twitter to “help:” Tester loves guns so much, he’s spent the last decade rubber-stamping anti-Second Amendment judges and opposing pro-gun rights ones (including Justice Gorsuch).  Oh, and he blows away…cows, or something.

NEVADA – Republican Sen. Dean Heller is in the fight of his life, seeking re-election in a blue-ish state, in a blue year.  But he pulled off a tight win in Obama-won Nevada six years ago, so don’t count him out.  Two new surveys show a very close race, with Heller slightly ahead.  The good news for the GOP is that their Senate and gubernatorial nominees hold slight leads.  The worrisome news is that the remaining undecideds have a low opinion of President Trump and lean Democratic.  Late breakers could help Democrats overcome these moderate deficits.

TENNESSEE – Is Marsha Blackburn pulling away?  The latest Fox poll has her up five points, the latest CBS poll shows her up eight, and the ongoing New York Times poll is, uh, not looking great for Democrat Phil Bredesen (nor Beto O’Rourke in Texas, for that matter):

Meanwhile, MISSOURI remains an exceptionally tight stalemate, with Republican Josh Hawley clinging to a tiny lead over Sen. Claire McCaskill (perhaps boosted further by some encouraging data we recently amplified).  INDIANA is infamous for its death of statewide polling.  I’d love to see if and how the internal numbers have moved since Sen. Joe Donnelly sided with Chuck Schumer in opposing Justice Kavanaugh.  I wouldn’t be the least bit surprised if the President and Vice President end up visiting Hoosierland a few more times before election day.  And FLORIDAremains nip-and-tuck.  A new poll shows Republican Rick Scott holding a small edge, though other recent polling (before Kavanaugh came to a head) showed Sen. Bill Nelson creeping back into a small lead.  With a major hurricane bearing down on the state, Scott will devote his attention and leadership to that urgent priority for a number of days.  On one hand, he won’t be able to campaign much at all; on the other, his strong handling of the last major storm turned into a significant political asset.  Stay safe down there, folks: