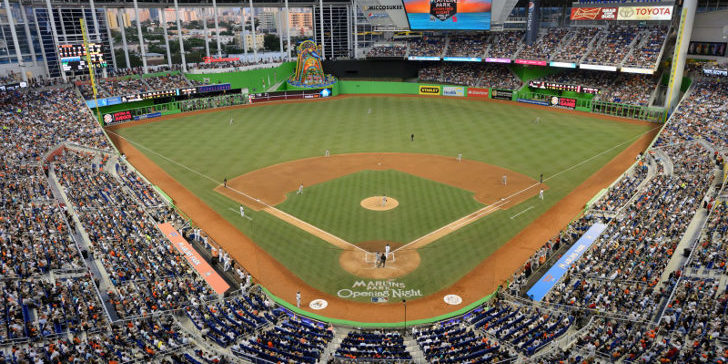 Roughly 70 million people will attend a Major League Baseball game during the 2018 season. By the time the last pitch is thrown, fans will consume a staggering 19 million hot dogs, according to the National Hot Dog and Sausage Council. But hot dogs barely scratch the surface of what baseball clubs are cooking. From crazy dishes to high-end fare, teams have bet on new concession strategies to keep fans coming back to the ballpark.

The Seattle Mariners found success with one of the most unusual menu items in baseball. Chapulines, or toasted grasshoppers, joined the Safeco Field menu after executives from the Mariners and Centerplate, the stadium’s food service provider, tried the Mexican delicacy at a local restaurant called Poquitos. At $4 per cup, the Mariners sold 26,000 orders, or close to 1 million grasshoppers. Unlike “gimmicky” items in some sports venues, toasted grasshoppers proved to be a popular item throughout the season, according to Steve Dominguez, Centerplate general manager at Safeco Field. He said the snack helped drive other business at concession stands and drew attention to the ballpark’s other offerings. This season, the Mariners will introduce new items such as house-made donuts and $20 lobster rolls.

“Food and beverage is such a big part of the game. We know fans can be here for six hours, so we want to make sure it’s an event for them,” Dominguez told FOX Business, adding that Seattle fans are drawn to concessions from familiar restaurants. “There’s lots of competition in downtown Seattle. We make sure fans have the same quality inside the ballpark as they do outside.”

Partnerships with local dining spots have paid off for the New York Mets. Citi Field has menu options from Nicoletta, a pizzeria in Manhattan’s East Village, and Fuku, a purveyor of fried chicken sandwiches. Citi Field opened in 2009 with Shake Shack, the fast-growing burger restaurant, located on the outfield concourse. Over the past few seasons, the Mets have focused on building more concessions around established and up-and-coming restaurants in New York City, tapping into the area’s culinary scene. “We were one of the first venues to incorporate local venues and restaurateurs into our culinary lineup,” said Paul Schwartz, executive director of venue services for the Mets. “It was fairly unheard of.”

At Arizona’s Chase Field, fans can find a combination of unique concession brands and the kind of ballpark foods that tend to grab attention. One of the Diamondbacks’ new additions this season is an 18-inch hot dog topped with French fries, guacamole, carne asada and more. The team is also known for its churro dog, a churro sandwiched between a donut and topped with three scoops of vanilla yogurt. The churro dog and toasted grasshoppers will be on the menu for the first-ever FoodFest Opens a New Window. , a two-day food festival in New York City where fans can sample the most unique menu items from all 30 teams. Ballpark fare has become a sport itself: Tickets to FoodFest sold out in two days.

Diamondbacks CEO Derrick Hall told FOX Business that menu items with a “wow” factor have attracted fans, especially casual ones, to Chase Field. Items like the asada dog can be shared by a group, which makes them a good choice for fans congregating in new social areas that have become common in sports venues. The Diamondbacks also have new partnerships this year for Dutch Bros coffee, Chicago chain Portillo’s and Gonzo’s Grill, named after former slugger Luis Gonzalez.

It’s important to cut down on wait times and establish variety around the park, including healthier foods or inexpensive options that won’t gouge wallets, Hall added. Chase Field has been ranked by GoBankingRates Opens a New Window. as one of the cheapest stadiums to attend a game.

“I think we’re definitely going to see higher demand as we have more fans come to the ballpark after last year’s success,” Hall said. “I do think we’ll see an increase in overall spending at concessions, as well as merchandise.”

Dow plunges as much as 2,000 points, oil crashes as price war erupts and coronavirus spreads
March 9, 2020

Hear the amazing history involving the evolution of the Christmas tree and how it became the symbol for the season.
December 5, 2019