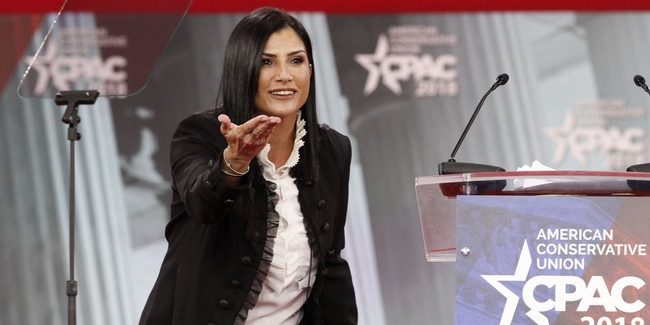 “There’s no such thing as an ‘internet loophole.’ Let me correct any, any, any misinformation that is being promoted by an actual sitting lawmaker that should know this law because he’s been there longer than I think I’ve been alive, in this position,” she said. “It’s not like Amazon. You don’t go on the internet and say, ‘Hmm. I want a gun, I’m going to purchase the gun on the internet’ and just like that one guy who was delivering heroine with a drone, there’s no drone, there’s no gun fairy that’s going to come and drop your firearm on your front porch for you ala Amazon. That’s not how it works.”

The radio host pointed out that how a firearm purchase is facilitated doesn’t change the actual process for completing the purchase.

The Senate is currently taking up H.R. 8 and H.R. 1446, the two universal background check bills that passed in the House last week. Both bills, if passed and signed into law, would do nothing to prevent mass shootings but would, instead, criminalize private party transfers. It also sets the stage for a registry, which could also lead to firearm confiscation.