FBI director could appear before lawmakers to explain Clinton decision 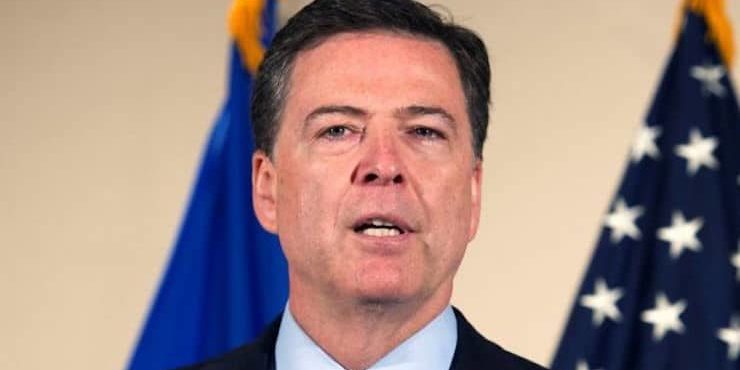 FBI Director James Comey took no questions after his bombshell announcement Tuesday that he would not recommend criminal charges against Hillary Clinton over her private email system, but he – and his boss – may soon answer to lawmakers.

In saying he would not press the Justice Department to pursue an indictment against the likely Democrat nominee for president, Comey nonetheless laid out a strong case that she had violated multiple statutes regulating government employees’ safeguarding of sensitive emails. That had key lawmakers, including Sen. Ron Johnson, R-Wis., Rep. Jason Chaffetz, R-Utah and Rep. Bob Goodlatte, R-Va., demanding to know how he justified his decision.

“The job of the FBI is to provide the fact pattern to the Justice Department and not make the political calculation that this is what a reasonable prosecutor would do. That’s not the job of the FBI,” Chaffetz, who chairs the Oversight Committee, told Fox News host Bret Baier Tuesday night.

Fox News has learned both Lynch and Comey may appear at House hearings on the email case in the near future. Comey, who Fox News has learned would appear willingly, likely won’t appear before the committee until September, when it returns from its upcoming recess.

House and Senate Judiciary and Oversight committees could all seek testimony from Comey and Attorney General Loretta Lynch.

Lynch was already slated to testify next Tuesday at an oversight hearing where Fox News has learned she will be questioned about the email investigation, and possibly her secret meeting with former President Bill Clinton just days before her department dropped the email case against the former first lady.

Comey’s decision was seen in many quarters as a punt. By branding Clinton’s use of unauthorized servers to send and receive sensitive — and in some cases top secret — information as “extremely careless,” Comey gave Clinton’s critics plenty of ammunition.

By stopping short of referring the results of his bureau’s  year-long probe to the Attorney General to pursue an indictment, Comey may have removed the biggest obstacle in Clinton’s path to the White House.

“Our judgment is that no reasonable prosecutor would bring such a case,” Comey said.

The development leaves it to the voters — especially those who remain undecided — to decide whether they believe Clinton did nothing criminal in her handling of emails while secretary of state — or whether it just becomes another questionable chapter in the Clinton political saga that has spanned a quarter century that both she and her husband seem able to survive.

Johnson, who chairs the Homeland Security and Government Affairs Committee, fired off a letter to Comey hours after the 13-minute news conference demanding answers to a series of questions. Among them, Johnson asked how many agents worked on the case, how much taxpayer money was spent on it and, perhaps more significantly, how Comey arrived at his conclusion.

“If the evidence that the FBI collected about Secretary Clinton’s use of a private email account and server did not constitute gross negligence, what set of facts would cause the FBI to recommend criminal charges under the gross negligence standard?” Johnson wrote.

Johnson recounted the statement, in which the FBI director detailed what he called “extremely careless” handling of sensitive government emails, and said the bureau could not be sure Clinton’s server was not hacked and even added that government employees who behaved similarly could expect to be sanctioned.

Comey said 110 emails in 52 email chains discovered on Clinton’s unauthorized server were classified at the time they were sent or received, including some that were “top secret.”

Trump is already using Comey’s words to blast Clinton, even as he faults the FBI director for not pursuing the case.

“Comey let Clinton off the hook,” Trump said in a statement.