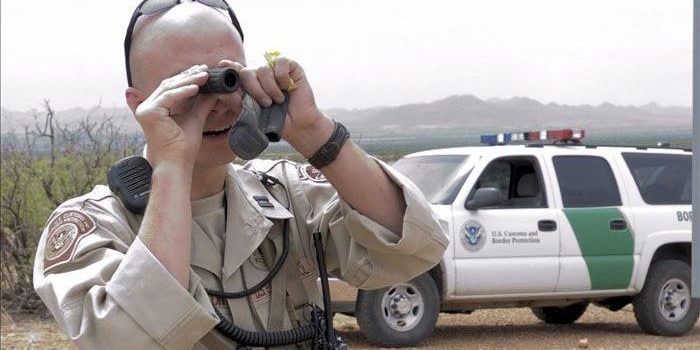 In the wake of the Orlando attack, fighting the radicalization of U.S. citizens ought to remain a top priority for law enforcement agencies—but focus must not be lost on our porous U.S.-Mexico border. After all, it’s not just individuals looking for better employment opportunities that are making the trek North, terrorist organizations are also taking advantage of the border’s openness.

Take for instance the recent apprehension of an undocumented Middle Eastern woman in Luna County, New Mexico, described as an ‘Islamic refugee.’ Police pulled her over during a traffic stop and found her to be in possession of something more than a little suspect—she had the region’s gas pipeline plans. U.S. Border Patrol and the FBI’s Joint Terrorism Task Force have been alerted and were sent to the area to investigate, sources told Judicial Watch.

The gas pipeline plans in the woman’s possession include the Deming region, law enforcement sources say. Deming is a Luna County city situated about 35 miles north of the Mexican border and 60 miles west of Las Cruces. It has a population of about 15,000. Last year one local publication listed Deming No. 1 on a list of the “ten worst places” to live in New Mexico due to high unemployment, poverty, crime and a horrible public education system. The entire region is a High Intensity Drug Trafficking Area (HIDTA), according to the Justice Department’s National Drug Intelligence Center due to the large amounts of methamphetamines, heroin, cocaine and marijuana smuggled through the state by Mexican traffickers. Specifically, the renowned Juárez and Sinaloa cartels operate in the area, the feds affirm in a report.

Judicial Watch has broken a number of stories in the last few years about Mexican drug traffickers smuggling Islamic terrorists into the United States through the porous southern border. Last summer high-level sources on both sides of the Mexico-U.S. border offered alarming details about an operation in which cartels smuggle foreigners from countries with terrorist links into a small Texas rural town near El Paso. Classified as Special Interest Aliens (SIA) by the U.S. government, the foreigners get transported to stash areas in Acala, a rural crossroads located around 54 miles from El Paso on a state road – Highway 20. Once in the U.S., the SIAs wait for pick-up in the area’s sand hills just across Highway 20.

According to a previous Judicial Watch report, members of an Islamic terrorist cell stationed in Mexico frequently come into the U.S. to explore potential targets for future attacks. One of those jihadists told a European newspaper how easy it is to explore U.S. targets because of the open border.

Mexico’s top diplomat Claudia Ruiz was quoted in the same story as saying she doesn’t understand why the U.S. media and Obama administration are “culpably neglecting this phenomenon.”

“[T]his new wave of fundamentalism could have nasty surprises in store for the United States,” she added.