So, Russia Wants Alaska Back 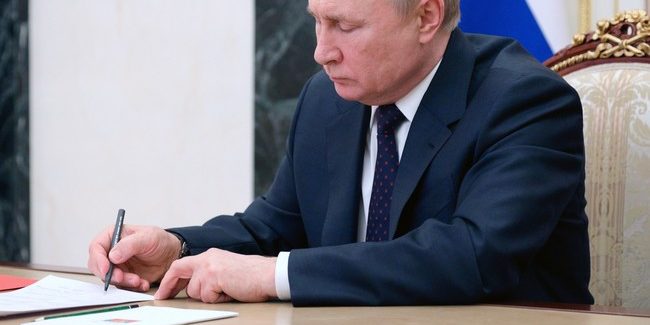 Things are not going well for Putin as his forces remain stymied by Ukrainian resistance and his country’s economy takes round after round of hits due to sanctions levied by western nations. But Putin’s government is apparently not one to let Russian blunders cause it to miss the opportunity to launch an absurd anti-American propaganda campaign.

This week, Russian Parliament member Oleg Matveychev — known as the “Kremlin’s spin doctor” due to his recurring role as a spokesman for senior Kremlin officials — announced a set of ludicrous demands for the United States in retaliation for American sanctions.  Ignoring the reality of Putin’s aggression and his forces’ three week war against the people of Ukraine, Matveychev said on Russian state TV that “We should be thinking about reparations from the damage that was caused by the sanctions and the war itself, because that too costs money and we should get it back.”

Yes, the man representing the regime that chose to invade Ukraine and has since lost not-insignificant numbers of tanks and soldiers to Ukrainians defending their country, thinks the United States needs to pay reparations to Russia.

Matveychev also called for a “return of all Russian properties, those of the Russian empire, the Soviet Union and current Russia, which has been seized in the United States.” Yep, Russia is demanding Alaska be returned to Russia despite the fact that Russia sold the territory that would later become America’s 49th state to the United States in 1867 for $7.2 million.

The demand also includes the return of a former Russian outpost — Fort Ross — north of San Francisco, that Russia sold in the 1840s, plus the ownership of Antarctica which Matveychev explained belongs to Russia because Russia found the continent. Never mind, apparently, that U.S. explorers were the first to set foot on Antartica and there’s an international treaty — to which Russia is a party — in place to ensure “No new claim, or enlargement of an existing claim to territorial sovereignty in Antarctica shall be asserted.”

Matveychev continued by demanding “the return of all medals that have been unlawfully taken from our sportsmen during all Olympic games” as reparations in addition to Alaska, Russia’s outpost in California, and the continent of Antarctica.  This unserious posturing is not going to see Biden hand the deed to Alaska back to Russia or allow a Russian outpost in California, but it’s a reminder of the Kremlin’s propaganda machinery that continues to churn out content aimed at shifting blame for the mess Russia created for itself on the United States.

Alaska’s Republican Governor Mike Dunleavy told Russia “good luck with that!” in response to Matveychev’s demands. “Not if we have something to say about it,” he added. “We have hundreds of thousands of armed Alaskans and military members that will see it differently.”