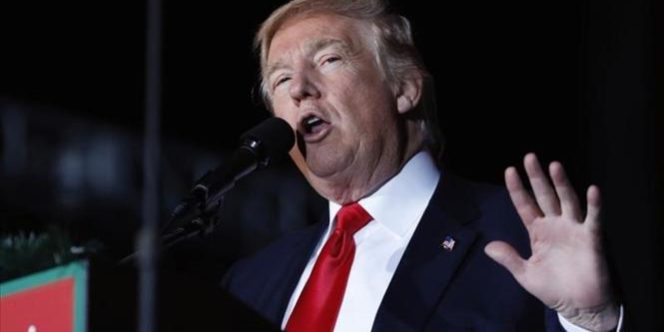 President Trump announced Wednesday that he will be asking for a “major investigation” into alleged nationwide voter fraud — a day after his press secretary was grilled on Trump’s claims that 3 million to 5 million people had voted illegally in November. Trump announced the move on Twitter, and said the probe will focus on “those registered to vote in two states, those who are illegal and even those registered to vote who are dead (and many for a long time).”

Trump’s announcement comes a day after White House Press Secretary Sean Spicer was forced to defend claims Trump had made at a private meeting with congressional leaders Monday that 3 million to 5 million people had illegally voted in the election. The president took bipartisan criticism for the comments a day later, with House Speaker Paul Ryan, R-Wis., saying he had seen “no evidence” of Trump’s claim. Spicer told the press that that is what Trump believes based on evidence presented to him. “It was a comment he made on a longstanding belief,” Spicer said. “… He believes what he believes based on the information he’s been provided.”  When pushed by reporters on why, if that is the president’s belief, the Trump administration would not order an investigation into voting practices, Spicer said the president was “comfortable” with his victory, but eventually said “maybe we will.”

Trump had claimed millions had voted illegally in the wake of his election victory over Hillary Clinton in November when it became clear that while he had won the all-important Electoral College vote, Clinton had won the popular vote by more than 2.8 million votes. Trump tweeted at that time that he actually won the popular vote “if you deduct the millions of people who voted illegally,” a comment for which he was widely criticized. While cases of voter registration fraud are not uncommon, cases of actual recorded voter fraud are rare and sporadic. There is little evidence to suggest that as many as 5 million voted illegally. In his press briefing Tuesday, Spicer cited a 2008 Pew Research Study and supposed findings that 14 percent of voters were not citizens. There is no such study. Spicer may be referring to a disputed 2014 Washington Post “Monkey Cage” report which came to a similar conclusion. That study found that 14 percent of non-citizens in 2008 and 2010 indicated that they were registered to vote, and extrapolated that 6.4 percent of non-citizens voted in 2008 and 2.2 percent in 2010.   Meanwhile, a 2012 Pew study found evidence of widespread outdated voter registration forms, but did not make any conclusions in terms of actual voter fraud. The author of that study, David Becker, tweeted Tuesday that “voting integrity [is] better in this election than ever before. Zero evidence of fraud.” In his tweets, Trump promised that, depending on the results, voting procedures may be “strengthened.”