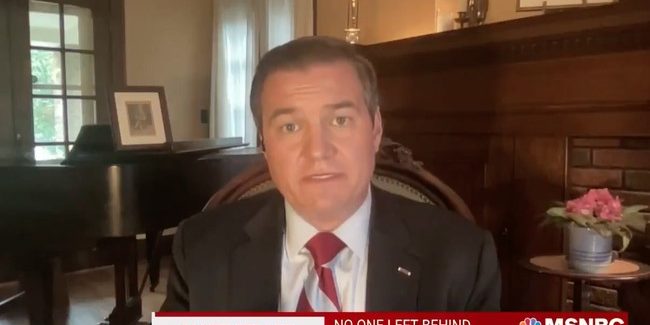 “Didn’t run from it, he owned it, he owned his decision, he owned the fact that as he put it, the buck stops with him,” Williams said.

As Spencer reported, Biden did utter the words, “the buck stops with me,” but most of the speech blamed everyone else for Afghanistan’s rapid fall to the Taliban.

“I feel like I watched a different speech than the rest of you guys. I was appalled,” Zeller shot back. “There was such a profound bald-faced lie in that speech. The idea we planned for every contingency? I have been personally trying to tell this administration since it took office. I have been trying to tell our government for years this was coming. We sent them plan after plan on how to evacuate these people. Nobody listened to us.”

Zeller explained how an interpreter saved his own life 13 years ago and said he’ll “never forgive” America for abandoning them now. “If we don’t [rescue them], no one is ever gonna trust us again and people like me are going to come home in bodybags.”

His organization, No One Left Behind, helps wartime allies get to the U.S. and achieve the American Dream.

“These are our people. We made these people a promise. The Taliban are now actively killing them. And if we don’t take them they’re gonna die,” Zeller said. “We have the means to do this. We have simply lacked this entire time the courage and conviction to do the right thing. And I’m not gonna sit and listen to a president I voted for—I was happy this man took office—I’m now appalled at that speech.