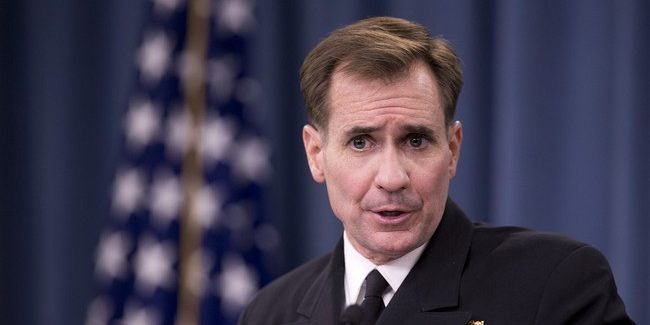 Army veteran Matt Zeller issued a strong rebuke Monday night on MSNBC to President Biden’s Afghanistan speech, saying he was “appalled” by the lies the commander in chief told the American people about having planed for every contingency. Zeller, a Biden supporter, said the administration completely ignored his organization’s actual plan for how to evacuate America’s Afghan allies safely. Even worse than that, however, it looks like the Biden administration still has no plan for how to evacuate American citizens safely.

Speaking to CNN, Pentagon spokesman John Kirby admitted he didn’t even know the number of Americans currently trapped inside Afghanistan due to Taliban checkpoints—only giving his “best guess” of between 5,000 and 10,000 near Kabul. He then acknowledged there’s no plan for getting those Americans to the airport safely.

“What is the plan to get these people to the airport?” CNN’s John Berman asked. “From a military perspective our focus is at the airport,” Kirby said. “Right now though I don’t want to set the expectation that we are equipped and able to go out into the countryside and physically move people into Kabul. Our focus right now, the troops that we have there, are at the airport. The idea is that we can get the air operations, not only have they resumed, but to keep them in place for as long as possible.”

Berman then pointed out the obvious: “If they can’t get to the airport what does it matter if you have the capabilities to get them out from the airport?”

Kirby had no answer for Berman—only acknowledging the security situation is “not ideal.”

During a press conference later Tuesday morning, Kirby reiterated that the focus is security at the airport, but he couldn’t commit to having all Americans out of the country by Aug. 31, saying they’re “not equipped” to know “the whereabouts of every single American throughout the country.”

Thus far, there have been “no hostile interactions from the Taliban” to the U.S.’s operations at the airport, he added.