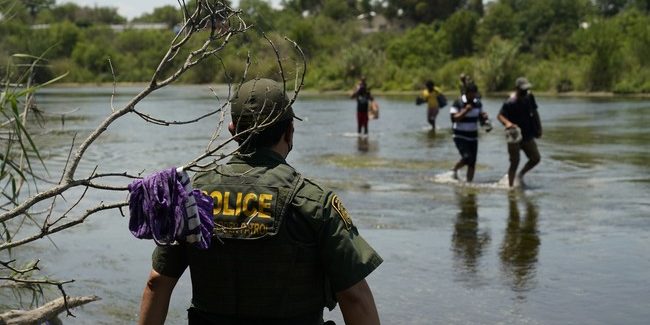 Border towns in Texas have alerted residents that due to the holding facilities being overcrowded because of the continued wave of illegal border crossings, Border Patrol is being forced to release people into towns who have few resources to help them.

Carrizo Springs, Texas posted on its website Border Patrol is releasing people into their town after being processed at the facility:

“These individuals have been processed with a background and criminal check, the normal process was to be transported back to the Eagle Pass area but due to that facility having no vacancy due to the high volume of migrants, the federal government has instructed the local border patrol to start releasing these individuals here in Carrizo Springs. Typically, the release would happen in Eagle Pass.

“After being processed here in Carrizo Springs the migrant is issued a document that states he or she has gone through the processing stage and will provide proof to any law enforcement official.

Congressman Tony Gonzales (R-TX), whose district covers large portions of the southern border, also revealed on Tuesday the town of Uvalde told him Border Patrol will be forced to release people from the holding facilities due to overcrowding.

In the Yuma Sector, a Border Patrol source told Townhall they have over 3,000 people in their facility, which is overcapacity, with close to another 1,000 illegal immigrants waiting along different parts of the border to be picked up by law enforcement. Due to the long wait times, this has once again resulted in the illegal immigrants walking into city limits in attempt to find Border Patrol.