California on Monday officially became the first ‘sanctuary state’ in the country as the bill Gov. Jerry Brown signed in October went into effect.

“These are uncertain times for undocumented Californians and their families, and this bill strikes a balance that will protect public safety, while bringing a measure of comfort to those families who are now living in fear everyday,” Brown said upon signing the legislation. The law prohibits local officials from asking about an individual’s immigration status or working with federal immigration agents on cases. Brown insists it “does not prevent or prohibit Immigration and Customs Enforcement or the Department of Homeland Security from doing their own work in any way.”

The Department of Justice disagreed with the merits of the law, with Attorney General Jeff Sessions calling it “unconscionable.” “The bill risks the safety of good law enforcement officers and the safety of the neighborhoods that need their protection the most,” he said about the legislation in September. Similarly, Thomas Homan, acting director of U.S. Immigration and Customs Enforcement, said in a statement: “By passing this bill, California politicians have chosen to prioritize politics over public safety.

Not all Californians are happy about the law, either.

Signs have cropped up in the state mocking its new status. 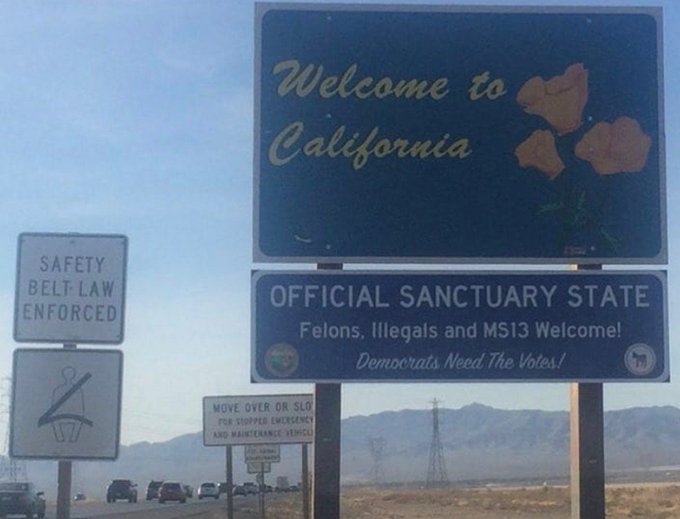