Defiant Biden Declares He Has ‘No Regrets’ About Mishandling Classified Documents 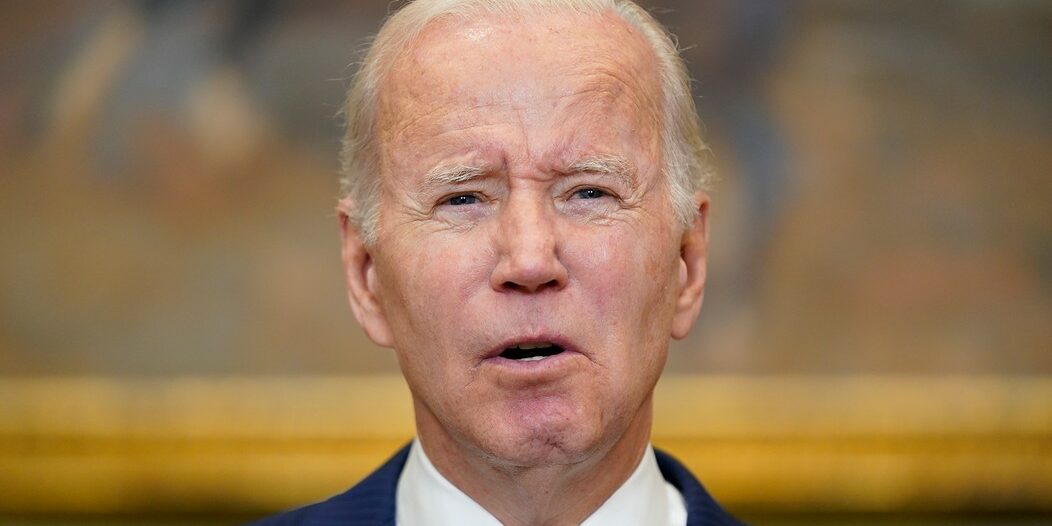 While on a trip out west to tour storm damage in Northern California on Thursday evening, President Biden was predictably asked again about his mishandling of at least 20 pages of classified documents that have surfaced at his post-VP office and in his garage and home in Wilmington, Delaware.

After making a statement, Biden decided to take questions and a Bloomberg’s Jennifer Jacobs asked whether the president had any regrets that he didn’t reveal that classified documents had been found in his possession in November, just before the midterms, when the first set of sensitive materials were found in his Penn Biden Center office in Washington, D.C.

“As we found, uh, we found a handful of documents that were failed- uh, filed in the wrong place,” Biden responded, seemingly struggling to read from an answer that was previously prepared for him.

“We immediately turned them over to the Archives and the Justice Department,” Biden continued, missing the point of the question which was: Shouldn’t Biden have told Americans about the documents when they were first discovered since he promised — almost exactly two years ago on day one of his administration — that his would be the most transparent administration in history? “We’re fully cooperating, looking forward to getting this resolved quickly,” Biden claimed. “I think you’re going to find there’s nothing there,” he added in a wishful-sounding way.  “I have no regrets,” Biden declared. “I’m following what the lawyers have told me they want me to do, it’s exactly what we’re doing, there’s no there, there,” the president insisted.

“No regrets,” huh? Even the mainstream media has been merciless in grilling White House Press Secretary Karine Jean-Pierre — who hasn’t given any real answers other than to claim Biden takes classified documents “very seriously.”

Correspondents from NBC, CBS, and other normally docile outlets that frequently go along with the White House’s narrative have pointed out that the White House is nuts to think the American people believe Biden takes classified documents seriously if he was tossing them around his garage, home, and former offices. What’s more, they have held the Biden administration’s feet to the fire for breaking its promise to be transparent and tell the truth, even when it hurts.

The fact that Biden couldn’t say that he regrets even just the fact that the documents were mishandled, thereby subtly passing blame — as he’s become quite good at doing — to someone on his staff or some clerical error for the documents not being handled in accordance with national security policy and potentially in violation of national security law.  But no, Biden has “no regrets” as his White House takes round after round of incoming for (1) mishandling classified documents, (2) choosing to keep the discovery of those improperly kept documents secret from the American people until after the midterms, (3) admitting there were documents but then lying about how “very seriously” Biden takes classified materials despite them being found in unsecured locations where multiple other questionable parties also had access, (4) claiming the search for more documents was “complete” earlier on the day more documents were in fact found, (5) pretending to be “transparent” through the brewing scandal, and (6) refusing to make the White House Counsel’s Office available in the briefing room.

As Quinnipiac polling finds that a majority of Americans — 60 percent — believe that Biden handled the classified documents “inappropriately” and 71 percent say the situation is “very serious” or “somewhat serious,” it’s clear to most that he should have some regret to express. But Biden mutters on, apparently as undeterred by the negative realities swirling around him as ever.