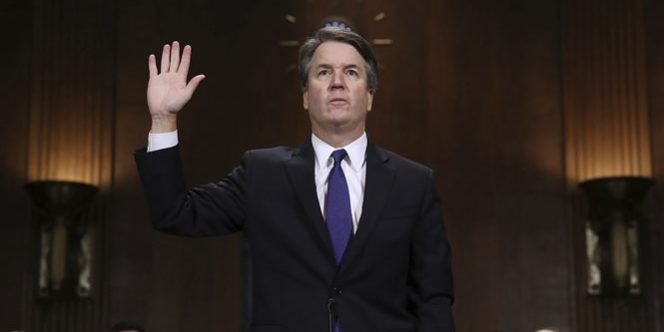 “I denied the allegation immediately, categorically and unequivocally. All four people allegedly at the event, including Dr. Ford’s longtime friend Ms. Keyser, have said they recall no such event,” Kavanaugh said. “It’s not who I am. It is not who I was. I am innocent of this charge.”

“If the mere assertion of an allegation, a refuted allegation from 36 years ago, is enough to destroy a person’s life and career, we will have abandoned the basic principles of fairness and due process that define our legal system and our country,” he continued. “This grotesque and coordinated character assassination will dissuade competent and good people of all political persuasions from serving our country…I’m here today to tell the truth. I’ve never sexually assaulted anyone. Not in high school, not in college, not ever. Sexual assault is horrific.”