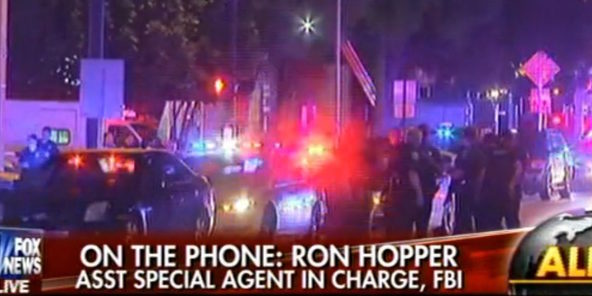 The gunman who killed at least 50 people at an Orlando nightclub early Sunday was described by a former colleague as an “unhinged and unstable” person who repeatedly made racist, misogynist and homophobic remarks.

Gilroy described Mateen as a devout Muslim who brought a prayer mat to work and prayed several times a day.

“There was never a moment where he didn’t have anger and rage,” Gilroy told “The Kelly File”. “And he was always loud and cursing. And anytime a female or a black person came by, he would use horrible words.”

On one occasion, Gilroy said, Mateen told him, “I would just like to kill all those [n-words]” after a conversation between Mateen and a black man. “A few times he mentioned homosexuals and Jewish people,” Gilroy said, “but we didn’t deal with them quite as often, so it was mostly women and blacks, because those were the people in front of us.”

Gilroy told Florida Today that he complained to his superiors several times about Mateen, but they refused to take action because, Gilroy claimed, Mateen was Muslim. Gilroy said he quit G4S in 2015 after Mateen began sending him dozens of harassing text and phone messages per day.

“Everything he said was toxic,” Gilroy told the paper, “and the company wouldn’t do anything. This guy was unhinged and unstable. He talked of killing people.”

“You would never ever think that he would have done anything like this,” she told the paper. “Scary, scary. Very scary.”

In a statement late Sunday, G4S said Mateen had worked for the company since 2007 and had passed a company screening and background check twice, once when he was hired and again in 2013.

“In 2013, we learned that Mateen had been questioned by the FBI but that the inquiries were subsequently closed,” the statement read in part. “We were not made aware of any alleged connections between Mateen and terrorist activities, and were unaware of any further FBI investigations.”

Meanwhile, it emerged late Sunday that Mateen had sent a Facebook friend request to the owner of another gay club last week, raising the possibility that he may have considered targeting other LGBT nightspots in the area.

Micah Bass, the owner of the M Hotel and the Revere nightclub, told the East Orlando Post that Mateen sent him the friend request late last week.

Bass told The New York Times that he recognized Mateen’s picture after he had been identified as the shooter at the Pulse nightclub early Sunday.

“I saw the picture and said ‘That guy tried to friend me,” Bass said.

Bass said he deleted Mateen’s friend request after noticing that his friends had Arabic writing on their Facebook pages. Bass said that because there are not many Arabic speakers in the gay subculture, he believed the friend request to have been a mistake.

Bass and his business partner had closed Revere Thursday, and planned to only make it available for private events.

“I feel terrible,” Bass told the Times. “I’m hoping that my staff didn’t end up at Pulse.”

“If we had not closed for restructuring … We very well could have been the target this weekend,” Bass said. He added that he had notified the FBI about Mateen’s social media activity and was examining video footage to determine whether the gunman or any possible accomplices visited the club in recent weeks.