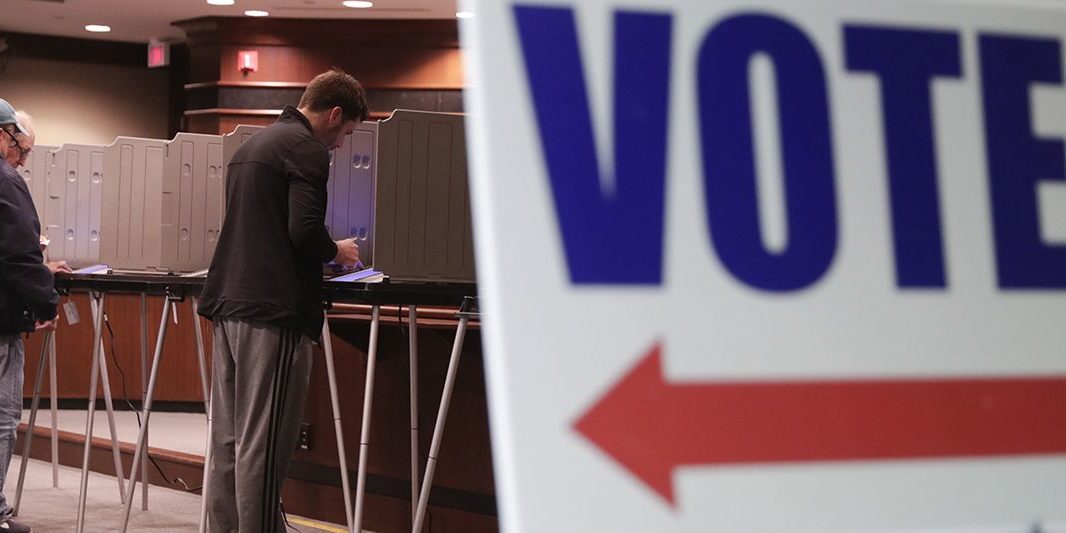 Early voting numbers from several key battleground states now show Republican voters turning out in far greater numbers than Democratic ones, signaling an initial GOP surge that may dull the prospects of a so-called “blue wave” on Nov. 6.

Republican voters have taken the lead in turnout numbers in Georgia, Indiana, Montana, Texas, Tennessee, Florida and Arizona — states that Fox News analyses show are the scenes of close and pivotal House, Senate and gubernatorial races. The results are most striking in Tennessee, where 63 percent of early voters are affiliated with the Republican Party, compared to only 30 percent aligned with the Democrats, according to one review of publicly available voting data conducted by NBC News.

Earlier this month, pop star Taylor Swift told her 110 million followers on Instagram that they should participate in early voting — just a week after she wrote that Republican Senate candidate Marsha Blackburn “appalls and terrifies” her, and declared that Democrat Phil Bredesen has her unequivocal support. But neither of Swift’s calls to action appears to have been effective, based on early voting totals.

Republicans are similarly outpacing Democrats by 11 points in Arizona, 6 points in Florida, 9 points in Georgia, 12 points in Indiana, 17 points in Montana and 10 points in Texas, the analysis shows. While results do not indicate which candidates or political party actually received the votes, analysts say it’s common for more partisan voters to cast their ballots early. The balance could shift as Election Day draws closer, but the numbers are noteworthy considering Democrats often outperform the GOP in in-person early voting — and vice-versa for absentee.

The only state in which Democrats are edging out Republicans in early voting is Nevada, where they hold a 45-to-38 percent lead. Democrats have performed particularly well in Washoe County, which includes Reno: Democrats are leading Republicans by a margin of 9,150 to 7,071 in in-person early voting, although Republicans have a lead of about 600 votes in absentee and mail-in ballots. Democrats’ performance in Washoe during the first three days of early voting is particularly notable because Republicans hold an edge in voter registration there (99,675 to 94,520), but strong Republican performance in absentee ballots, coupled with a surge in rural votes during that period, was giving Democrats cause for concern. “Three straight days of decisive Dem victories is stunning, but as the president often says: Let’s see what happens,” wrote Jon Ralston, the editor of The Nevada Independent, who has called Washoe the “swing county” in Nevada.

Based on a review of the entire state’s voting data, Ralston concluded that even though turnout so far is unusually high,  “it does not appear yet to be a wave election, as it was in 2014 (red) and 2016 (blue).” Total voting numbers are about three-quarters of the turnout during a presidential election year, Ralston said. “More people usually vote in the second week than the first, and trends do not reverse,” Ralston told Fox News over the weekend. “But this is not a usual year. … We will know more in two or three days.”

Nevada has played host to high-profile visits on behalf of both parties’ candidates in recent days, although attendance numbers have been lopsided. President Trump’s rally on Saturday in Elko County, Nevada, drew approximately four times the number of attendeesas former President Obama’s own rally in the state Monday. Obama took credit for the nation’s booming economy during his speech, apparently seeking to blunt what has become one of Republicans’ main points of emphasis. The Elko Daily Free Press reported that Trump spoke to roughly 8,500 supporters at a regional airport in the northeastern Nevada mining town, while Obama addressed a crowd of roughly 2,000 at the Cox Pavilion at the University of Nevada, Las Vegas, ABC News reported. Still, history advises caution when considering early voting totals and on-the-ground indicators. In the 2016 presidential election, early voting trends were suggestive of Democratic strength in Florida, North Carolina, and Nevada. In the end, Hillary Clinton only carried Nevada.

And there were signs, in polling and in fundraising, that Democrats will have a strong showing in the House, even as the Senate increasingly looks like a lock for Republicans to retain or even expand their majority. The nonpartisan Cook Political Report on Tuesday said eight House races had become more favorable for Democrats, while only two had shifted towards the Republican column. “An astounding 112 Democrats outraised GOP opponents in Republican-held seats between July and September,” The Cook Political Report’s David Wasserman wrote Tuesday. “Of the 93 GOP incumbents who were outraised, 20 are currently in our Likely Republican column and 23 in Solid Republican. Democrats’ late dominance in the air wars could produce several Election Night surprises.” Wasserman continued: “We continue to believe anywhere from a 20 to 40 seat Democratic gain is possible, but right now the likeliest outcome is a Democratic gain of between 25 and 35 seats.”  (Democrats need to flip 24 Republican-held seats to retake a majority in the House, and 25 backed Hillary Clinton’s presidential campaign in 2016.)

Meanwhile, a recent poll conducted by NBC News and The Wall Street Journal poll gave both sides cause for celebration. While the poll indicated that Democrats have a 4 percentage point edge over Republicans in midterm election interest, that figure stood at approximately 10 percent from January through September — before divisive issues like the incoming migrant caravan from Central America and the contentious confirmation battle over Supreme Court Associate Justice Brett Kavanaugh took center stage. The poll also showed that President Trump’s approval rating is up to 47 percent, the highest number he’s notched while in office. That’s a three-point jump from his standing in September.