Gorsuch all but certain to win confirmation after Senate goes nuclear 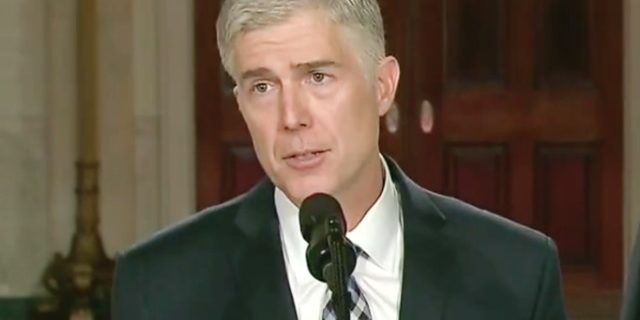 President Trump’s selection to replace Antonin Scalia is expected to win confirmation Friday and be sworn in soon after to hear the final cases of the term. The Senate will resume debate on Supreme Court nominee Neil Gorsuch on the morning, and a vote is expected about midday, Senate Majority Leader Mitch McConnell said.

McConnell’s comments late Thursday came after Republicans tore up the Senate’s voting rules to allow President Donald Trump’s nominee to ascend to the high court over furious Democratic objections. Democrats denounced the GOP’s use of what both sides dubbed the “nuclear option” to put Gorsuch on the court. They called it an epic power grab that would further corrode politics in Congress, the courts and the nation. Many Republicans bemoaned the rule change but blamed Democrats for pushing them to it.

Republicans succeeded in making the change on a party-line vote Thursday afternoon.

“We will sadly point to today as a turning point in the history of the Senate and the Supreme Court,” declared Democratic Minority Leader Chuck Schumer of New York. The Senate change, affecting how many votes a nominee needs for confirmation, will apply to all future Supreme Court candidates, likely ensuring more ideological justices chosen with no need for consultation with the minority party. Trump himself predicted to reporters aboard Air Force One that “there could be as many as four” Supreme Court vacancies for him to fill during his administration. “This is going to be a chapter, a monumental event in the history of the Senate, not for the better but for the worse,” warned Sen. Lindsey Graham of South Carolina, a senior Republican.