Syrian Survivor Praises Trump’s Airstrike On CNN, Asks Critics Where They Were During Obama’s Inaction 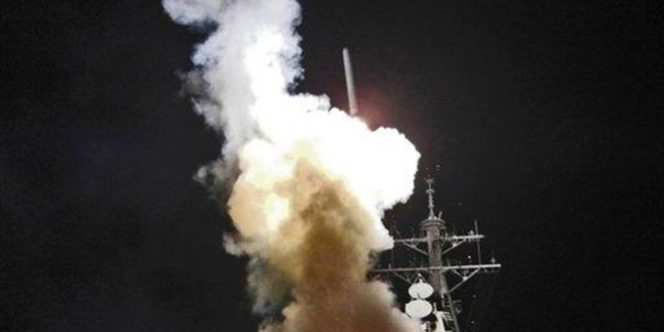 Kassem Eid survived the 2013 chemical attack in Syria. As someone who has seen the government’s horror firsthand, he is one of many Syrians who are overjoyed at the Trump administration’s response to the most recent chemical attack. During an interview with CNN’s Brooke Baldwin on Friday, he could not contain his gratitude for Trump’s aggressive and long overdue response to the Assad regime.

Baldwin, skeptical of Eid’s praise for Trump’s foreign policy, pressed her guest for his thoughts on Trump’s temporary travel ban on Syrian refugees. Instead, he exposed the hypocrisy of those who are quick to criticize the president, but slow to stand in solidarity with the Syrian people. Where were these verbal warriors, he wondered, when President Obama failed to act after the 2013 attack? His “red line” threat against Assad turned out to be empty.

Eid again commended Trump for the airstrike and urged him to take more action so that Assad’s power can be eclipsed and Syrians can stay in their country.