Here’s What Dems Refused to Stand For During SOTU Address 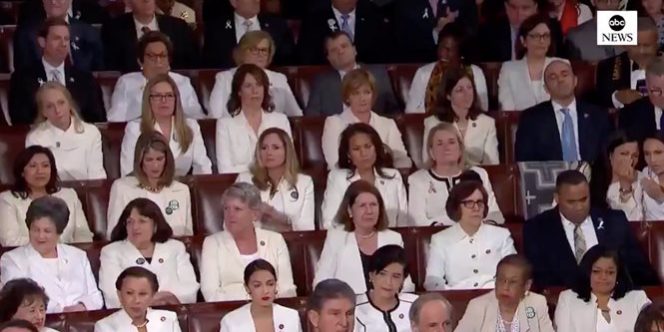 There used to be a time when Democrats and Republicans could come together and agree on the most basic principles–a prosperous middle class, for example, or low unemployment rates among minorities–but no, many Democrats despise President Trump so much that past unifiers have become divisive issues. Below is a list of surprising topics many of those on the Left refused to applaud during President Trump’s State of the Union address Tuesday night.

Low unemployment rates among minorities, the disabled, and women.

Being the best producer of oil and natural gas (with the notable exception of Sen. Joe Manchin).

Being a net exporter of energy.

Being a net exporter of energy.

5 million people off of food stamps.