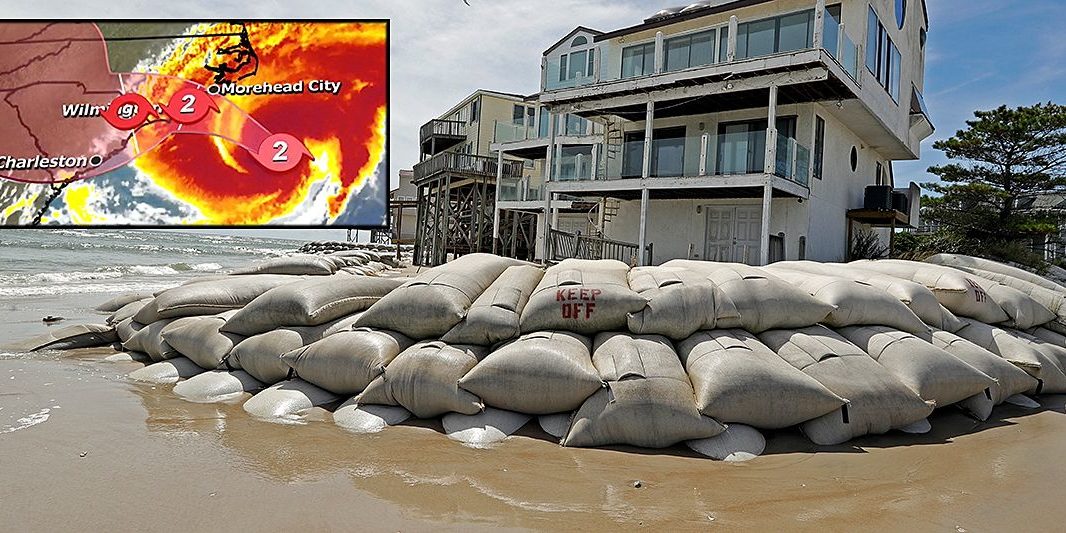 Catastrophic flash floods, life-threatening storm surge, tropical storm-force winds – and even tornadoes – are expected as Hurricane Florence barrels toward the United States east coast Thursday, even as the massive storm was downgraded to a still-deadly Category 2 hurricane. A rash of late evacuations continued as officials warned the storm will still pack a severe punch to the Carolinas and Mid-Atlantic region. The danger comes from Florence’s growing wind field, which is likely to bring heavy rains and massive storm surge despite a slightly slower speed. “Do you want to get hit with a train or do you want to get hit with a cement truck?” said Jeff Byard, an administrator with the Federal Emergency Management Agency, talking about the different between a life-threatening Category 3 hurricane and a still-lethal Category 2 storm.

As of 8 a.m. Thursday, the National Hurricane Center said Florence has slowed down some and was about 170 miles east-southeast from Wilmington, N.C., and about 220 miles east southeast of Myrtle Beach, S.C., and moving northwest at about 12 mph. The hurricane’s slower speed is expected to continue through the day. David Novak, director of NOAA’s Weather Prediction Center, said the storm surge expected from Florence is “one of the deadliest hazards of hurricanes,” and forecasters predict upwards of a 13-foot surge on parts of the Carolina coast, including from Cape Fear to Cape Lookout in North Carolina. “If you are in these areas, eastern North Carolina, eastern South Carolina, and you’ve been told to evacuate,” Novak said. “Please do not think you can ride this one out. That would be a deadly decision.”

Officials said Thursday morning that time is nearly up for people trying to evacuate from the region as the hurricane’s tropical-storm-force winds are beginning to reach the coast. More than 5.25 million people live in areas under hurricane warnings or watches, and 4.9 million others live in places covered by tropical storm warnings or watches, the National Weather Service said. Florence is expected to crawl near or along the coast of the Carolinas through Friday, potentially stalling before reaching a technical landfall. The stall is likely to batter the region with prolonged rain, wind and surge, dumping 20 to 30 inches of rain on both Carolinas before swirling over the Appalachian Mountains. Catastrophic flash flooding and even tornadoes are expected in southeastern Virginia and eastern North Carolina.