Is the Democrats’ Plan To Turn Texas Blue About to Be Nuked…Again? 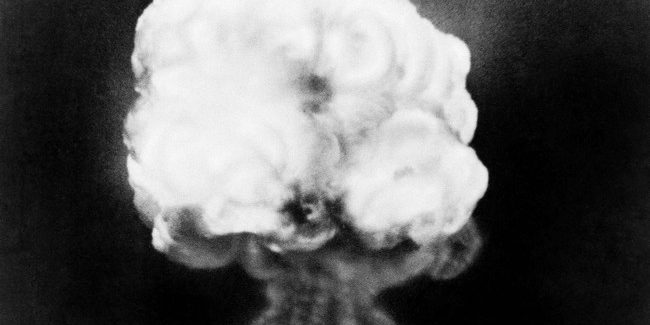 Is it that Democrats don’t care, or they don’t know? If they don’t care, keep walking into that meat grinder. If they don’t know, well, the data is there—and their moral superiority complex will do them in again. This is what happens when the educated elite takes over the base. White college-educated liberals have assimilated the messaging. It’s the dividend for filling the war chests of the Democratic Party in 2020. In doing so, however, the messaging is rigid, unwelcoming, and utterly insane. No one thinks like the white college liberal on campus. Sorry—that’s not reality. Even nonwhite voters, the backbone of the Democratic Party, aren’t this ideologically rigid. And for all the talk about cultural appropriation, these white college liberals are quite keen on applying voting narratives to racial groups despite there being zero evidence. You see this with Hispanic voters. Democratic pollsters and strategists automatically think this group is a) decidedly Democratic, and b) overwhelming pro-amnesty and open borders. Not the case.

Hispanics flocked to the GOP in 2020—partially due to the Democrats’ ‘defund the police’ antics. Also, they’re not overwhelmingly pro-amnesty either. The support for a pathway to citizenship for illegals barely registers above 50 percent with this bloc—and it’s been that way for years. Liberal data scientists, like David Shor, have called this out repeatedly, adding that Democrats shouldn’t go hardcore with their nutty views on immigration. Those warnings have not been heeded—and it could once again nuke Democrats’ plans to turn Texas blue. It’s not going to happen, especially with the Latinos in the border counties continue to back the Republican Party. We’re talking a massive collapse there—and Joe Biden’s dithering on immigration enforcement is fueling the fire.

Democrats may not know this, but Joe has an abysmal 36 percent approval among Texas Hispanics. Texas Monthly had a good piece about this region, notably that Tejanos view themselves mostly as white and more conservative. Democrats in South Texas are pro-gun rights. They hunt. It’s almost a carbon copy of a deep-red Republican rural county (via Texas Monthly):

Last year, McAllen experienced the biggest shift in party vote share, toward Donald Trump, of any large city in the country save for Laredo, 150 miles to the northwest. In both border towns, Trump improved on his 2016 results by more than 23 points. Many predominantly Hispanic neighborhoods in Texas’s major cities, such as San Antonio’s Prospect Hill, also experienced double-digit shifts toward the incumbent president, though they ultimately stayed Democratic. But no area fled further into the GOP camp than South Texas, where 18 percent of the state’s Hispanic population lives.

In Starr County, just upriver from McAllen, Republicans increased their turnout by almost 300 percent between 2016 and 2020. While Hillary Clinton won there by sixty points, Joe Biden barely scraped out a five-point victory. In Webb County, home of Laredo, Trump cut his 2016 margin of defeat by more than half. And in Zapata County, which didn’t even have a local Republican party, Trump became the first GOP presidential candidate to win since Warren G. Harding was on the ballot a century ago.

This shift has shattered years of political assumption—and perhaps arrogance. Democrats ranging from Barack Obama’s Latino outreach coordinator, Cuauhtémoc Figueroa, to former San Antonio mayor and presidential candidate Julián Castro had long maintained that Hispanic voters would be the party’s salvation in the Lone Star State. Their logic was syllogistic. In the early 2020s, according to the state demographer’s projections, Texas’s Hispanic population would achieve plurality status, constituting around 41 percent of the state’s total and surpassing non-Hispanic white Texans as its largest demographic group. And most Hispanic Texans—more than 60 percent in 2016—voted Democratic.

Banking on an identity-based appeal, Democrats last year trotted out the sort of bilingual messaging in South Texas that has played well among Mexican Americans in Los Angeles and Puerto Ricans in New York, focused on a celebration of diversity and immigration. Republicans, by contrast, recognized that Hispanic South Texans share many of the same values as non-Hispanic white voters elsewhere in Texas and swept in with a pitch about defending gun rights, promoting the oil and gas industry, restricting abortion, and supporting law enforcement. Republicans proved more persuasive.

Indeed, for decades, the dominant ideologies in South Texas have been the same as in other rural areas and small towns across the state—that is, conservative. Many Democrats in South Texas are ardent supporters of gun rights who spend fall and winter weekends hunting white-tailed deer. On Sundays, churches—mostly Catholic but also evangelical—swell to the brim. In hotels, mud-caked boots line the hallways at night as oil workers travel from job to job. As nine-term U.S. congressman Henry Cuellar, a Democrat whose district stretches from the banks of the Rio Grande all the way to San Antonio, told me, “Aside from our Mexican heritage, much of South Texas has . . . demographic similarities with some of the more conservative strongholds and white rural communities in the state.”

But so much more than just ideology—whether one is conservative or moderate or liberal—determines how a person votes. Cultural factors matter too. While ideology has been strongly predictive of whether white voters opt for Republicans or Democrats since the late eighties, that had not been true of the state’s Hispanic voters. David Shor, an iconoclastic data scientist who has polled South Texas extensively, explains that about 40 percent of American voters are conservative, 40 percent are moderate, and 20 percent are liberal. Those numbers don’t vary much by race or ethnicity, whereas party loyalty does. And for decade after decade, part of being Hispanic in South Texas, just like wrapping tamales on Christmas Eve or listening to Selena at family reunions, meant voting Democratic, even as the party became less welcoming to those with conservative views. What changed in 2020 is that conservative Hispanic South Texans voted like their non-Hispanic white neighbors. Ideology suddenly became polarizing for the group in a way it never had been before.

Many Hispanic South Texans shared something else with non-Hispanic white rural Texans: their racial identity. Hispanic residents of our state are much more likely to identify as white than Hispanic residents of cities elsewhere in the country. With roots many generations deep in lands that were annexed from Mexican control to that of the U.S., many also actively reject being cast as immigrants. In 2020 ignorance of these facts embarrassed state and national Democrats. While Hispanic South Texans are proud of their Mexican heritage, many do not consider themselves to be “people of color” at all.

All this means that, despite Democrats’ blithe assurances, demography is not destiny. Texas will indeed have a Hispanic plurality soon. However, “Hispanic” describes neither a race nor a political loyalty. When it comes to race, Texas will remain overwhelmingly white, with more than 75 percent of its residents identifying as such. And if Democrats continue to hemorrhage votes in places like McAllen and Laredo, Texas could turn even redder.

Yeah, that pretty much kills the Democrat’s plan of turning Texas blue in the womb, huh? This is bubble mentality. Liberals seem to be unaware that they only represent 20 percent of the country. A lot of electoral disappointment is ahead if that’s the case. It’s shielded by the fact that they dominate urban and cultural centers, but cities alone cannot win you elections nationally. The same goes for the state-level when the rural and suburban voter base is decidedly not ‘woke.’

The Lone Star State could be the canary in the coal mine with this far-left experiment Democrats seem to be embracing.