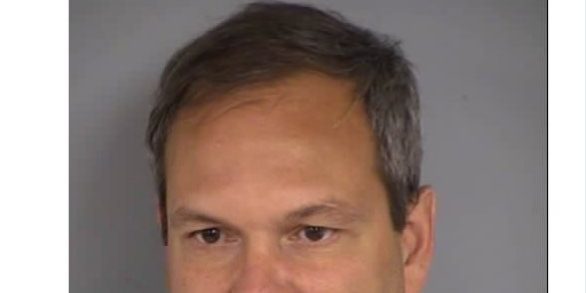 So, Democrats want to harass Republicans, Trump supporters and officials especially, kick them, scream at them, and stalk them in an effort to intimidate conservative America. It won’t work. In fact, it may have the opposite effect: embolden Republicans, unite the base, and dissuade independent and moderate voters for jumping on their left-wing psycho circus. We’re getting to the point where the Left is now straight up assaulting Republicans. Just look at the Nevada gubernatorial race where Kristin Davison, the campaign manager for the Republican candidate Adam Laxalt, was assaulted by a Democratic operative from a George Soros-linked group. He was arrested on battery charges (via Fox News):

A Democratic operative for American Bridge 21st Century, a group founded by David Brock and funded by liberal billionaire George Soros, was arrested Tuesday after the female campaign manager for Nevada GOP gubernatorial nominee Adam Laxalt accused the operative of grabbing and yanking her arm and refusing to let go.

Kristin Davison and other officials for the Nevada attorney general’s campaign said the “battery” left her “terrified and traumatized” — and with bruises on her neck and arms.

“Politics is a little bit aggressive these days, but this is just insane. I’ve never seen anything like it,” Davison, 31, told Fox News on Wednesday. According to the Laxalt campaign and local law enforcement, Wilfred Michael Stark III, 50, was arrested by the Las Vegas City Marshals on Tuesday evening and remains in custody in the Las Vegas city jail.

The latest confrontation took place after a campaign event in East Las Vegas Tuesday evening. Davison told Fox News that a “very large man,” later identified as Stark, “burst into the room where Adam [Laxalt] and I were talking with a camera.”

“He grabbed my right arm, my leg was lodged between the door and the wall. He twisted my arm, and contorted it behind my back,” she explained. “I was scared. Every time I tried pulling away, he would grab tighter, and pull me closer into him.” American Bridge was founded in November 2010 by David Brock, who also founded liberal watchdog group Media Matters. The group’s largest donor is liberal billionaire Soros, who donated more than $2 million between 2015 and 2016. Soros is still involved with the group, most recently donating $300,000 in February,  and $80,000 last year.

This isn’t an isolated incident. David Schoen, the GOP candidate for Nevada’s 35thState Assembly seat, said a crazy person accosted one of his volunteers, a teenager. His phone was smashed during the incident. In Minnesota, two GOP state legislature candidates were assaulted. The Minnesota Democratic Party spokesperson had called or violence against the GOP. That person has been suspended (via Free Beacon):

The Minnesota Democratic Party has suspended a spokesman for calling for violence against Republicans even as two GOP candidates have been assaulted in suspected politically motivated attacks.

The Democratic-Farmer-Labor Party has suspended communications staffer William Davis for one week without pay after making a Facebook post joking that Democrats would “bring [Republicans] to the guillotine” on Nov. 7, the day after the midterm elections. Minnesota Republican Party chairman Jennifer Carnahan said the suspension was not enough, calling for his immediate firing in the aftermath of separate attacks against Republican candidates. She said she has been subjected to numerous death threats during her tenure as the state party leader and that death threats are no laughing matter.

The suspension came days after Minnesota state representative Sarah Anderson was punched in the arm after spotting a man destroying Republican yard signs. She said the attack left her scared, and her attacker only desisted when she fled to her car and threw it in reverse.

“It was just insane. He was charging at me, saying, ‘Why don’t you go kill yourself?'” Anderson told the Washington Free Beacon. “To have someone physically coming after you and attacking you is just disheartening.”

Anderson was not the only GOP candidate attacked. First-time state representative candidate Shane Mekeland suffered a concussion after getting sucker punched while speaking with constituents at a restaurant in Benton County. Mekeland told the Free Beacon he has suffered memory loss—forgetting Rep. Anderson’s name at one point in the interview—and doctors tell him he will have a four-to-six week recovery time ahead of him. He said he was cold cocked while sitting at a high top table at a local eatery and hit his head on the floor.

The Democrats have gone wild, folks.