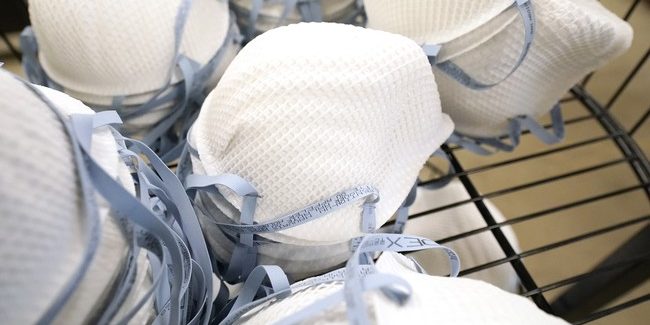 A New York City mother who worked for the city was fired after she protested the mask mandate for toddlers at mayor Eric Adams’ Monday press conference.

Daniela Jampel, an assistant corporation attorney for the city, was terminated from her job shortly after she criticized Adams for not removing the school masking requirement for children under 5-years-old.

“Three weeks ago, you told parents to trust you that you would unmask our toddlers,” Jampel told Adams. “You stood right here, and you said that the masks would come off April 4. That has not happened.” The mayor previously said he would nix mask mandates for young children but has thus far failed to do so. Adams has been reluctant to lift the masking requirement for children not yet eligible to receive a COVID vaccine. He has, however, relaxed masking requirements for the rest of the K-12 students.

As Jampel tried to get an answer, Adams became frustrated but allowed her to continue but urged her to “come to a conclusion.” City Hall staffers had attempted to cut her off upon the realization that she was not a member of the media.

“Turn on your phone so you can get my answer correctly but come to a conclusion,” Adams said.

According to the New York Post, Jampel was informed by email of her termination shortly after the press conference. The city’s law department told the Post that while Jampel was officially fired on Monday, the decision to fire her had already been made.

“We hold all of our employees to the highest professional standards,” a spokesperson said. “In public statements, Ms. Jampel has made troubling claims about her work for the city Law Department. Based on those statements, the decision had been made to terminate her prior to today.”

“Today’s events, however, which include her decision to lie to City Hall staff and state she was a journalist at a press conference, demonstrate a disturbing lack of judgment and integrity,” the spokesperson continued. “As of today, she is no longer an employee of the Law Department.”

City sources told the Post that the decision to fire Jampel was made Friday after she wrote a tweet blasting Adams for continuing to force toddlers to wear masks and said her city job consisted of defending “cops who lie in court, teachers who molest children, prison guards who beat inmates.”

“It is a job I have done proudly. Until tonight. Fighting to keep masks on toddlers is shameful. I am ashamed of my office,” Jampel wrote. Jampel, a mother of three, said in a statement to multiple news outlets that she is “retaining counsel and will not litigate in the press.”