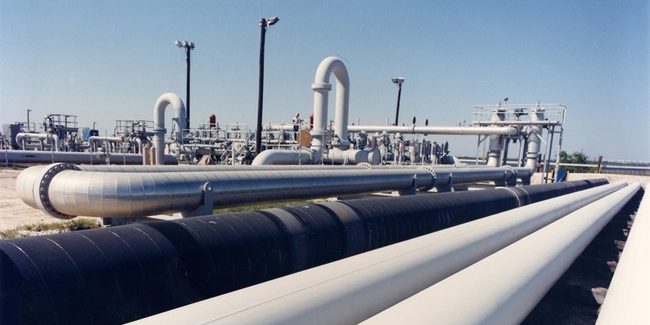 As inflation continues to run red-hot at levels not seen in four decades and gas prices continue to hover near their all-time highs reached earlier in March, President Biden is considering tapping the country’s Strategic Petroleum Reserve (SPR) to release millions of barrels of oil.

As Bloomberg and The Associated Press first reported Wednesday evening, President Biden is preparing plans to release one million barrels of oil per day for several months in a bid his administration hopes will combat inflation. According to Bloomberg’s sources in the White House, the total release “may be as much as 180 million barrels,” indicating that the plans would run for as many days — lasting through the end of September and constituting the largest release from the reserves in their history.

While the SPR’s current inventory page reported that its “services aren’t available right now” on Wednesday evening, as of December 4, 2021, the inventory was 593.6 million. That means, if Biden does indeed follow through on the plan to release a full 180 million barrels, he’d be tapping nearly one-third of the United States’ entire strategic reserve.  President Biden is scheduled to give “remarks on lowering gas prices” on Thursday at 1:30 p.m. that the White House says will outline his work to “reduce the impact of Putin’s Price Hike on energy prices and lower gas prices at the pump for American families.”

But, as analysts told CBS News the last time Biden tapped into the country’s strategic reserves, such action won’t do much to curb rising prices. Back in November, President Biden faced criticism when he announced he would release 50 million barrels of oil from the SPR in a bid to lower prices when the average national price per gallon was at $3.40. The current national average, according to AAA, is $4.225.

The reported plans for the new larger and longer-lasting releases come as the White House seeks to alleviate the economic pressure on Americans that’s only gotten worse since the last time Biden sought to lower prices. His previous release of SPR oil and other economic policies have not moved the needle with Americans who, as recent surveys from Gallup show, continue to list inflation and energy costs as top concerns ahead of November’s midterm elections.

Once again, a crisis of Biden’s own creation is leading to scrambling in the White House as aides try to find a plan that might give the administration and Democrats on the ballot in November something to tout as “action” aimed at helping Americans amid decades-high inflation and all-time high fuel prices.

Tapping the strategic reserves would be almost entirely unnecessary if the United States had maintained its energy independence and ability to continue producing and distributing oil and gas regardless of wars or hostile foreign powers. But, as Townhall covered previously, Biden and his administration have been working since day one to gut American energy. Now, as prices soar, Biden has only himself to blame.  If the Biden administration wanted to help Americans in more than the short term (and conveniently) up until the midterms), developing American energy would be a better investment than siphoning millions of barrels of oil from America’s strategic reserves.