After Staff Frantically Tried to Walk Back His Putin Comments, Biden Doubles Down 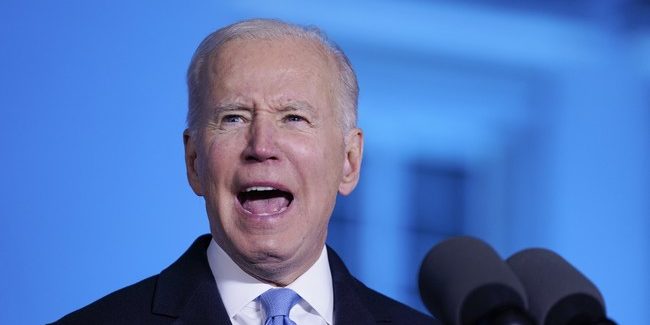 During a speech in Poland over the weekend, President Joe Biden made the proclamation that Russian President Vladimir Putin “cannot remain in power.” Given the statement implied regime change, it was a departure from the administration’s current policy toward Russia and how to handle the Kremlin’s ongoing attacks on Ukraine.

Since the remarks were made on Saturday, White House and administration officials have been walking back the comments.

Back in Washington D.C. today, Biden was asked about the comments and his intentions with the language used. He repeatedly said he still believes Putin shouldn’t remain in power, but that U.S. policy towards Russia hasn’t changed.  Biden also said his decision to express his personal outrage and opinion that Putin should go doesn’t complicate the highly volatile situation.

Biden then claimed he didn’t say a number of things that he indeed did say.