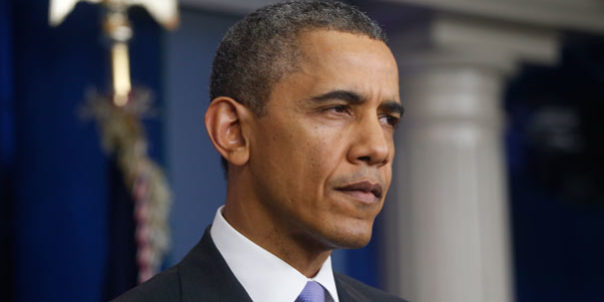 Many have been warning about the transformations occurring across this country, and they continue to get worse under Obama. Thanks to this president, men are allowed to use the women’s restroom, Black Lives Matter gets more respect than our police officers, and now the American flag is being removed from major sporting events.

Liberals have set out to destroy and eliminate the red, white and blue of this great country and brand our flag as oppressive and racist. Don’t believe me? Look how quickly they got rid of the Confederate flag. Our nation is under a national discussion over this issue as we speak, and it is something our Founding Fathers never imagined would happen.

Everyone is still very familiar with San Francisco 49ers quarterback Colin Kaepernick’s refusal to stand for the National Anthem because he says “I am not going to stand up to show pride in a flag for a country that oppresses black people and people of color,” To me, this is bigger than football and it would be selfish on my part to look the other way. There are bodies in the street and people getting paid leave and getting away with murder.”

Think Obama cares? Then why did he change the official White House logo? The new version doesn’t show any American colors, just a white flag that normally symbolizes a “truce.” Guess he was afraid we would offend more people that came to the greatest country on earth for a better life.

This was just Obama disrespecting America and trying to get rid of anything that made us special, which no one should find surprising to this point. Obama has disgraced the American flag on several occasions, so no one should expect him to stop now. What should be (and has been) seen in our nation and around the world as a beacon of hope is now seen as offensive and divisive because of Liberals.

In another example of political tyranny, reports indicate that Travelers Rest High School principal Lou Lavely banned students from carrying American flags into a football game against Berea High School. Lavely argued that a majority of the students at Berea are Hispanic. Lavely contends the American flag could have been used to taunt those students, and make them feel uncomfortable and unsafe.

“Some events at last evening’s football game have resulted in concerns being raised in our community. I am writing to assure that any decisions made regarding American flags being permitted into the game were made in the best interests of all attending the game and in the spirit of patriotism and respect for our flag,” Lavely wrote in response to Facebook backlash about the ban, which turned away several students who came to the game with American flags.

“Any decision to not allow the American flag to be used in an improper ‘taunting,’ unsportsmanlike manner is first and foremost in the interests of promoting the safety and well-being of all in attendance at school events. This decision would be made anytime that the American flag, or any other symbol, sign, cheer, or action on the part of our fans would potentially compromise the safety of all in attendance at a school event.”

Lavely continued her statement by indicating she respect our veterans, but the American flag would cause too much harm and damage to the students of the area.

Are you kidding me? The American flag scares Mexicans or makes them feel uncomfortable? When you are inside the United States of America, you are going to adjust to our culture and way of life, not the other way around. The purpose of the American flag is not to sit on a pole and waver in the wind, it symbolizes the greatness of this country because of what so many have sacrificed.

Maybe the students that felt offended by our flag are here illegally and aren’t American citizens. Maybe that it what offended them. Either way, people that do not have the upmost respect for our flag and what it symbolizes need to remember September 12th, 2001. The day after this country experienced the largest terror attack on our own soil, American flags rose everywhere across this great nation. Manufacturers everywhere sold out of flags because patriotism flooded our country.