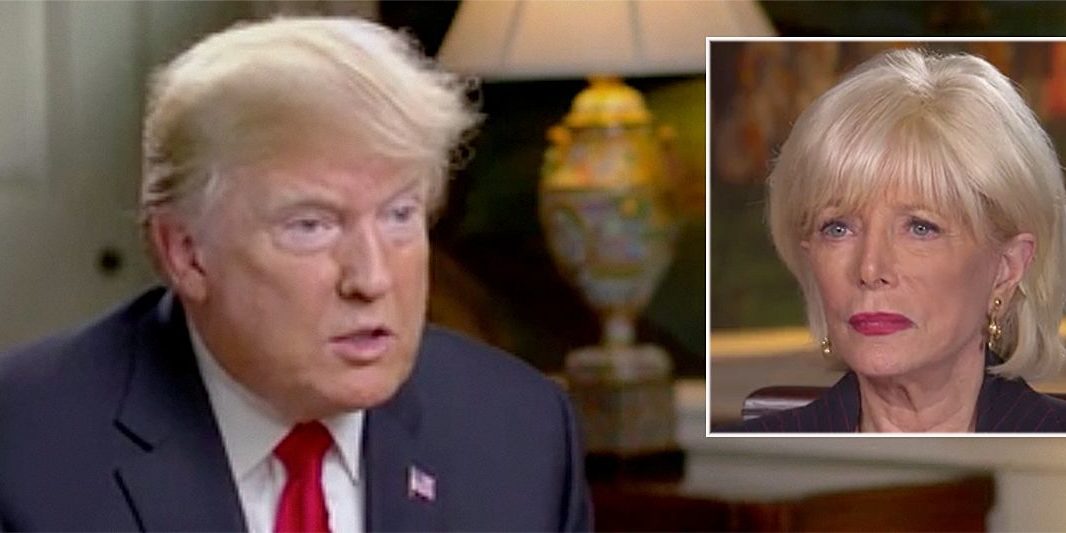 President Trump covered a lot of ground, but didn’t give any in a contentious “60 Minutes” interview that aired Sunday night, railing against the “dishonest media,” defending his relationships with Vladimir Putin and Kim Jong Un, expressing mistrust in unnamed aides and pointing out to Lesley Stahl that “I’m president and you’re not.”

News veteran Stahl tried to pin Trump down with a pledge not to fire Special Counsel Robert Mueller, who is in the second year of an investigation into alleged collusion between Trump’s 2016 presidential campaign and Russia. “I don’t pledge anything,” Trump said. “But I will tell you, I have no intention of doing that. I think it’s a very unfair investigation because there was no collusion of any kind.”

“I don’t want to pledge,” he added. “Why should I pledge to you? If I pledge, I’ll pledge. I don’t have to pledge to you. But I have … I have no intention of doing that.”.

There were several similarly testy exchanges, including one about Trump’s relationship with Putin, his Russian counterpart with whom he was criticized for being friendly to during a meeting in Helsinki earlier this year. Stahl noted that Moscow is suspected in multiple assassinations of critics. Trump didn’t deny that Putin could be behind such things, but took a “mind our own business” approach.

“Of course they shouldn’t do it,” Trump said, “but it’s not our country.” Trump acknowledged that Russia likely meddled in the election, but dismissed Moscow’s actual influence in his presidential race against Democratic opponent Hillary Clinton.

“They meddled,” he said. “But I think China meddled, too. And I think, frankly, China is a bigger problem.” Stahl also pressed Trump about his overtures to Kim, the third-generation dictator of North Korea. When she asked him how he could “embrace” the brutal dictator, Trump asserted that his brand of diplomacy had helped defang a threat to the U.S. Trump met with Kim in Singapore in June and the leaders have tentative plans for another session, according to Secretary of State Mike Pompeo.

The interview followed an ABC News exclusive with First Lady Melania Trump, in which she said she has warned her husband that he cannot trust some of the key people around him. Asked about it, Trump agreed with his wife.

Asked what he has learned and what he was most surprised by since becoming president, Trump, who never held political office before entering the White House, bemoaned the political atmosphere in Washington. “So I always used to say the toughest people are Manhattan real estate guys and blah, blah. Now I say they’re babies,” Trump said. Although he didn’t specify who he didn’t trust, the president had surprising words for Defense Secretary James Mattis, who he said was “sort of a Democrat,” and hinted may not be on the job much longer.

“He may leave,” Trump said of Mattis. “I mean, at some point, everybody leaves. Everybody. People leave. That’s Washington.” When pressed about Mattis, Trump denied that the legendary general had needed to educate the president about NATO’s role when Trump was seeking greater contributions from member nations.

Trump lamented what he considers his unfair treatment by the media, touching off a sharp exchange.

“Well, no, even the way you asked me a question, like, about [family] separation [of illegal immigrants at the border]. When I say, ‘Obama did it,’ you don’t want to talk about it.”

“I disagree, but I don’t want to have that fight with you,” Stahl said. “Lesley, it’s okay,” Trump replied. “In the meantime, I’m president and you’re not.”