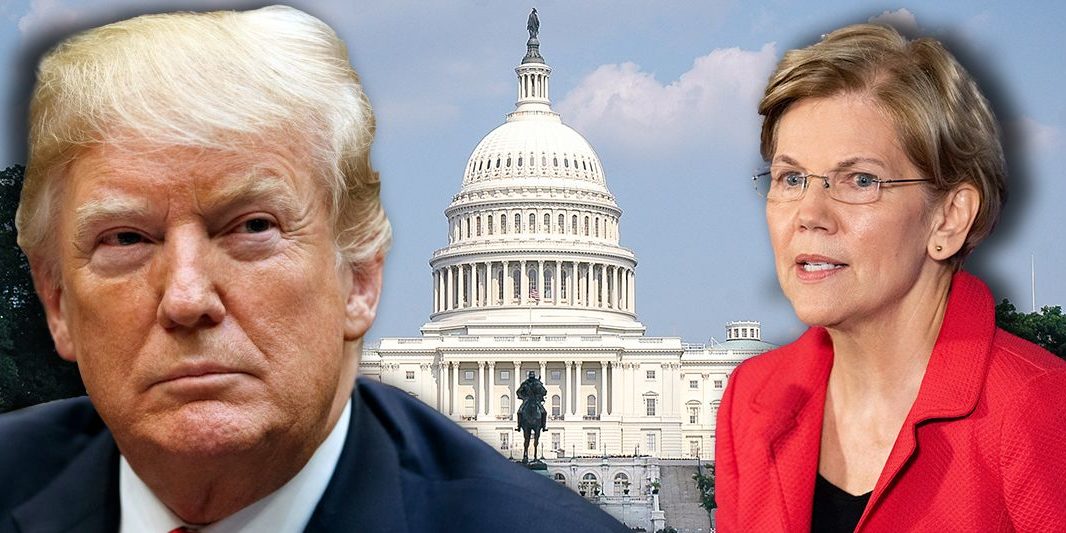 President Trump demanded Sen. Elizabeth Warren apologize Tuesday for claiming Native-American heritage as part of what he called a “fraud” against the public, mocking her newly released DNA test as “bogus.” The test results revealed the Massachusetts Democratic senator likely has trace amounts of Native-American ancestry. While she used the results to counter allegations she lied about that ancestry to get ahead in academia, Republicans including Trump highlighted how diluted that ancestry was revealed to be.

“Pocahontas (the bad version), sometimes referred to as Elizabeth Warren, is getting slammed. She took a bogus DNA test and it showed that she may be 1/1024, far less than the average American. Now Cherokee Nation denies her, ‘DNA test is useless.’ Even they don’t want her. Phony!” Trump tweeted.

Minutes later, he added: “Now that her claims of being of Indian heritage have turned out to be a scam and a lie, Elizabeth Warren should apologize for perpetrating this fraud against the American Public. Harvard called her a ‘person of color’ (amazing con), and would not have taken her otherwise!”

Warren denies using her ancestry to advance her career at Harvard and elsewhere, but released the results in a bid to support the Native-American bloodline she had claimed while working as a professor before joining the Senate.

The results, as first reported by The Boston Globe, revealed “strong evidence” that Warren had a Native-American ancestor dating back six to 10 generations.

According to the analysis, this means she would be between 1/64 Native American and 1/1024, or .09 percent—which would be less than the average European American, according to one 2014 study.

Republicans slammed Warren’s test results, saying the trace amount of Native-American heritage should not give Warren “the right to claim minority status.” Cherokee Nation responded to the results of Warren’s test on Monday, arguing that “a DNA test is useless to determine tribal citizenship.” “Current DNA tests do not even distinguish whether a person’s ancestors were indigenous to North or South America,” Cherokee Nation Secretary of State Chuck Hoskin Jr. said in a press release.

On Tuesday, Trump seized on Cherokee Nation’s response. “Thank you to the Cherokee Nation for revealing that Elizabeth Warren, sometimes referred to as Pocahontas, is a complete and total Fraud!” Trump tweeted.

Warren, meanwhile, may be relishing the battle with Trump as she prepares a potential 2020 presidential run. She went on an overnight Twitter tear against the president, while defending the DNA test results. “I won’t sit quietly for @realDonaldTrump‘s racism, so I took a test. But DNA & family history has nothing to do with tribal affiliation or citizenship, which is determined only – only – by Tribal Nations. I respect the distinction, & don’t list myself as Native in the Senate,” she tweeted. She also said: “If @realDonaldTrump – a cowardly elitist who has never known or cared what life is like for anyone who’s ever lived outside of a skyscraper in Manhattan – wants to talk about authenticity, well then, let’s talk about who’s REALLY pretending to be someone they’re not.”